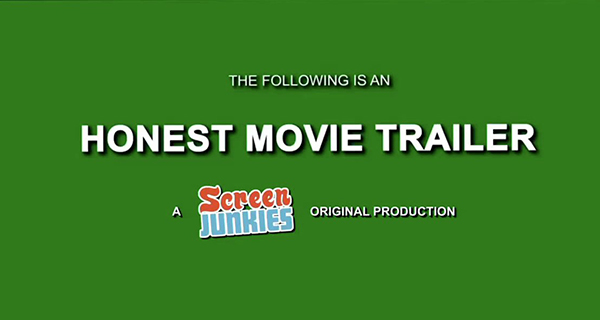 Do you love Honest Trailers as much as we do? Good! Because they’ve finally decided to take on the first film in the Christopher Nolan Batman trilogy – Batman Begins. So does it get the praise or does it get the shame?

One of the first few ScreenJunkies ever did, The Dark Knight, helped raise Honest Trailers to popularity. A few months later they tackled the third installmen in the trilogy, The Dark Knight Rises. 5 years later, they’re finally talking about the film that started it all – Batman Begins. As always the team put a hilarious spin on the films while pointing out their flaws. I would say the film comes out not too badly beaten up.

Pointing out how great the film is by emphasizing that it’s a character-driven epic balancing realism with comic book beautifully. While in addition to pointing out that Bruce Wayne is essentially a criminal himself in his one-man mission. Did we say one-man? Make that quite a few men (and women). In addition, they bring up the past Batman films to brilliant effect.

What do you think of the Honest Trailer below? Let us know and be sure to come back to Geek Girl Authority for all your geek news!