Vanity Fair has delivered again today. The magazine released their spread of the upcoming saga film The Last Jedi and they are genuinely incredible. Not only do we get great images of characters we already know and love, but we see some of the new comers. Plus a location confirmation!

The article goes over various stories from cast members. For example Mark Hamill talks about his filming experience on Skellig Michael. One bit focuses on Luke Skywalker and how it was for Mark to revist the character. Co-star Oscar Isaac even chimed in talking about Luke. “…to watch Mark revisit Luke, particularly in these scenes we were shooting towards the end of the film, was bizarre and jaw-dropping.” It’s quotes like this that drive fans wild!

The piece also gives us our official look at new characters coming to the saga. Benicio Del Toro will be playing a “shady” character with unknown alligences. According to director Rian Johnson, the character is unnamed in the film but they called him DJ. And we’ll learn why the staff called him DJ around set. We also learn of Vice Admiral Holdo which Laura Dern will be playing. She has vibrant pink hair that is just beautiful! Unfortunately we don’t learn more about her character. Canto Bight is the newest city to add to our lexicon! It’s a glittering casino city that glamorous beings frequent. While most of Star Wars is rather dreary, we have more vibrancy added to the galaxy!

The final section focuses on the passing of Carrie Fisher and how it had affected the cast. It’s a lovely bit that should be read in it’s entirety.  For starters, there’s this gem from Oscar Isaac. “We did this scene where Carrie has to slap me. I think we did 27 takes in all, and Carrie leaned into it every time, man. She loved hitting me. Rian found such a wonderful way of working with her, and I think she really relished it.” That’s Carrie. And Hamill continued. “I think of her in the present tense. Maybe it’s a form of denial, but she’s so vibrant in my mind, and so vital a part of the family, that I can’t imagine it without her.”

It’s so tempting not to quote the entire article! I’m so happy we’ve finally learned about these new characters and new city. The article delivered! It’s a must read for all fans, even just to relive the magic with stories from Hamill and about Carrie. There’s so much more to say but alas, it would take a whole day!

Check out all the images below and be sure to read the Vanity Fair cover piece. The Last Jedi doesn’t come out soon enough! 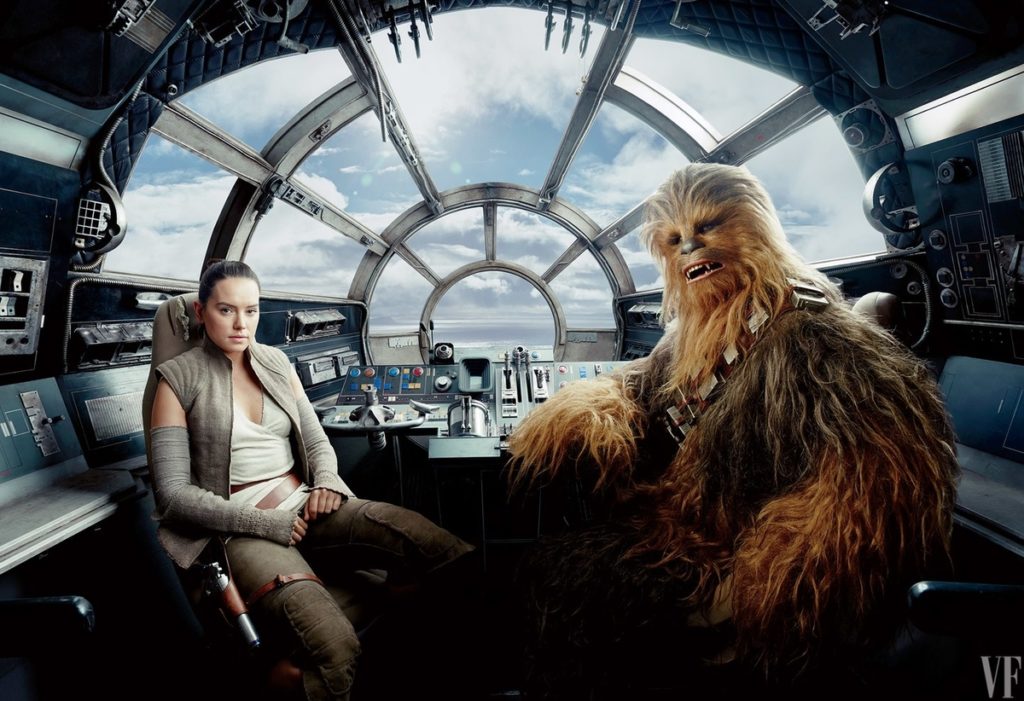 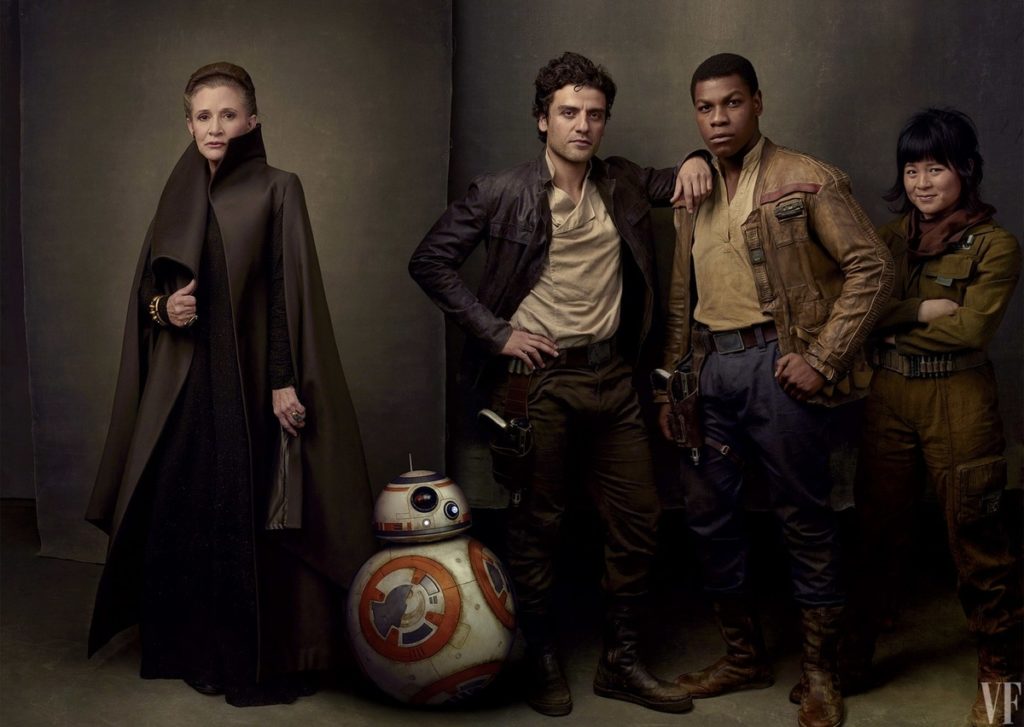 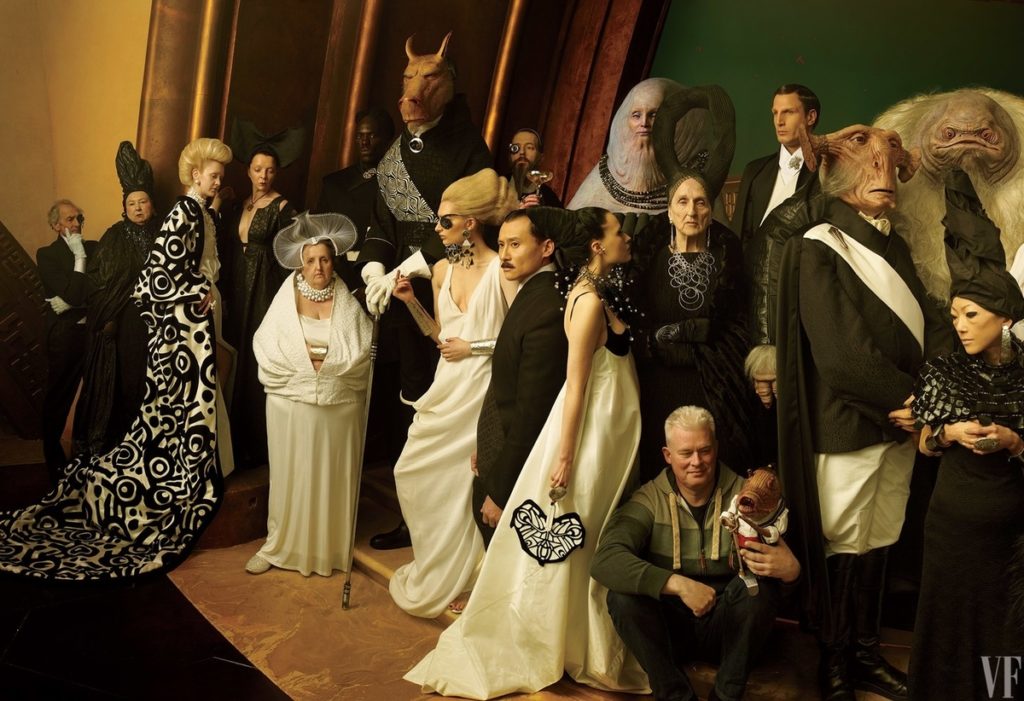 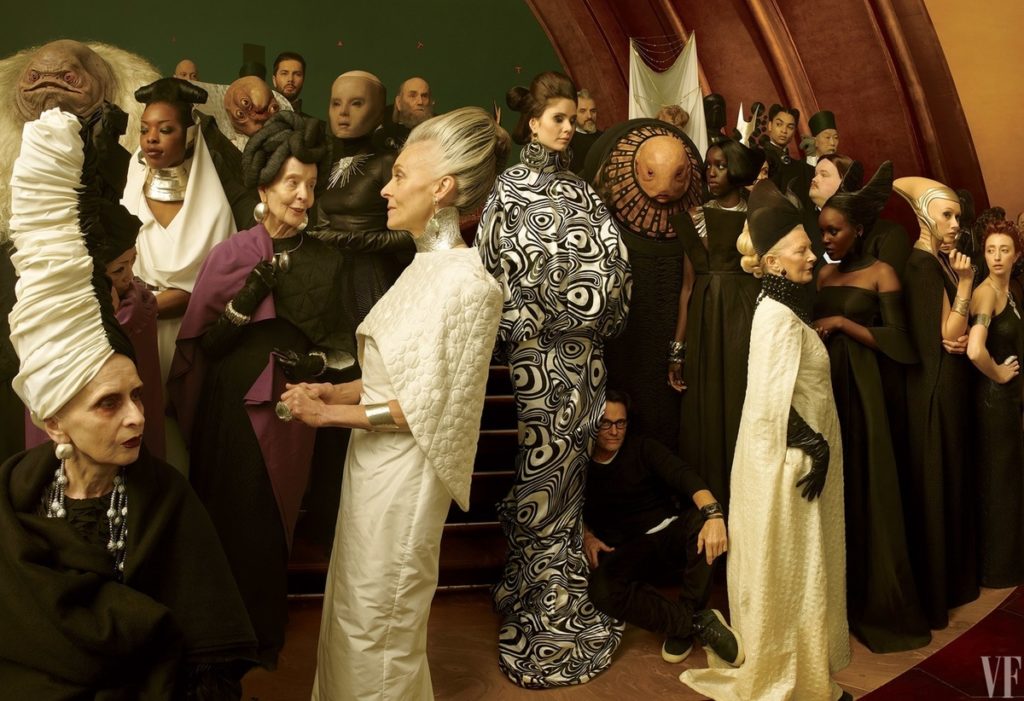 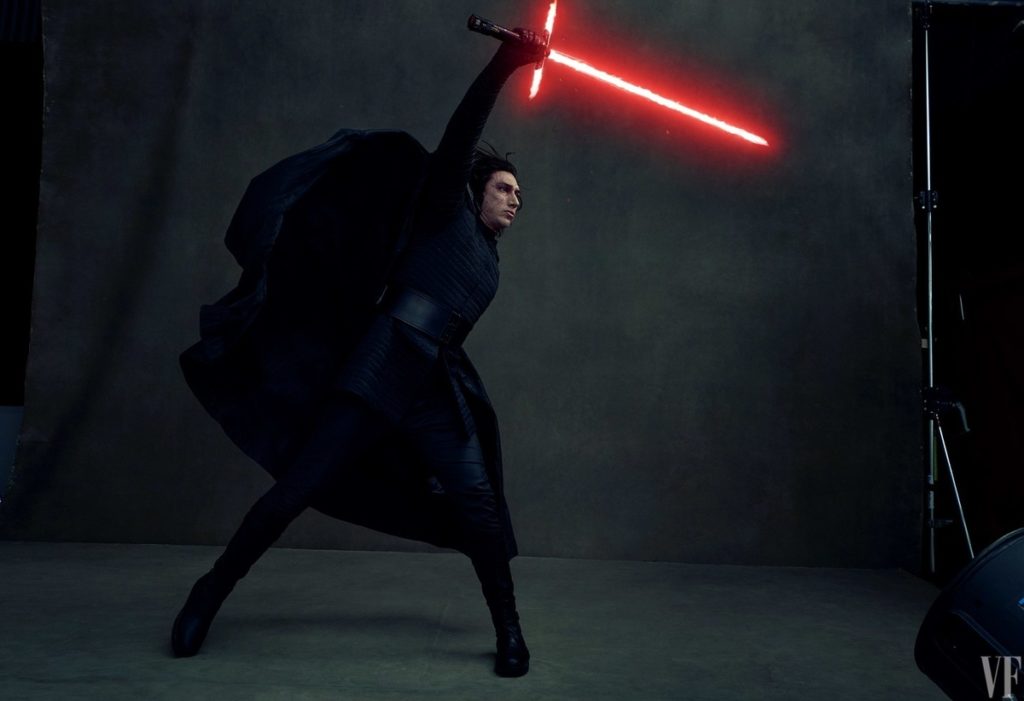 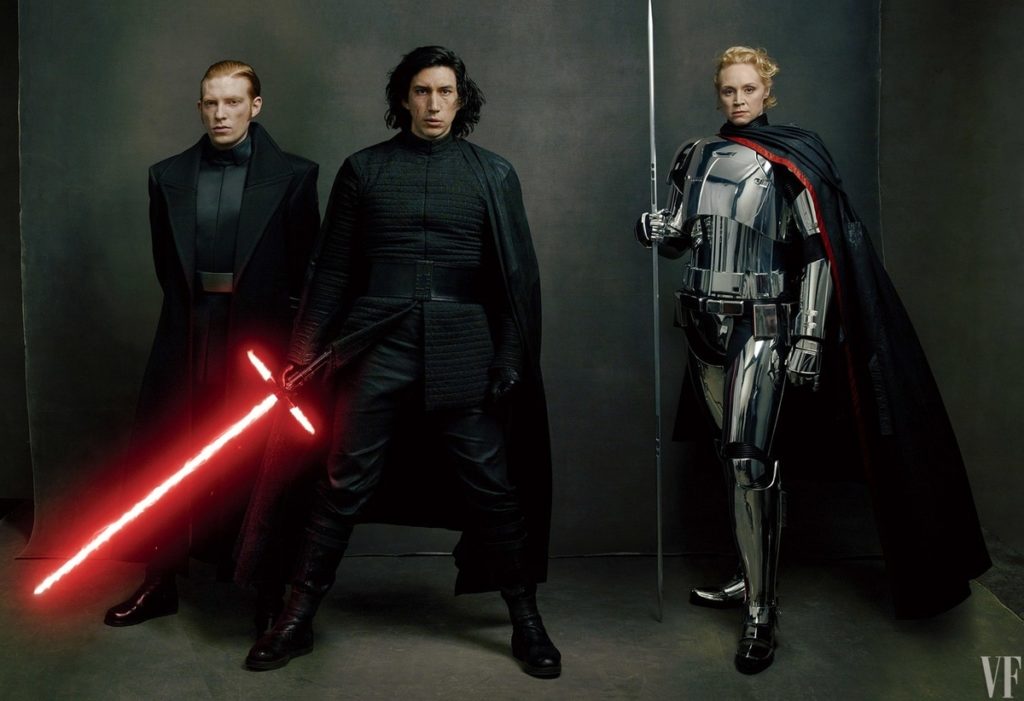 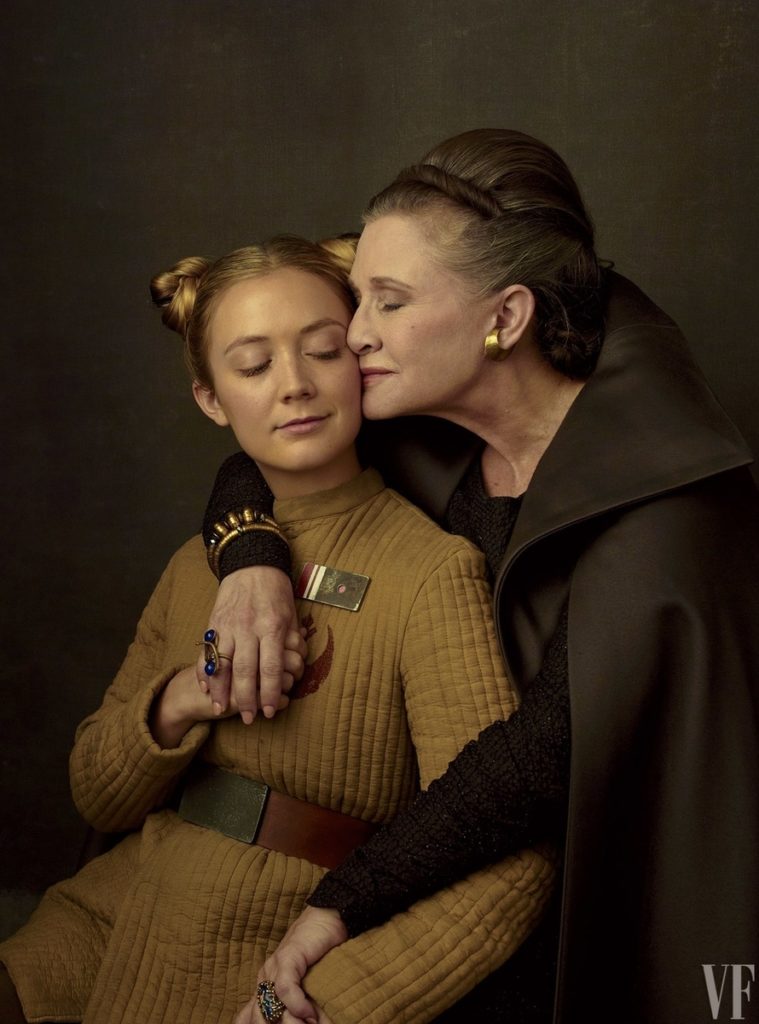 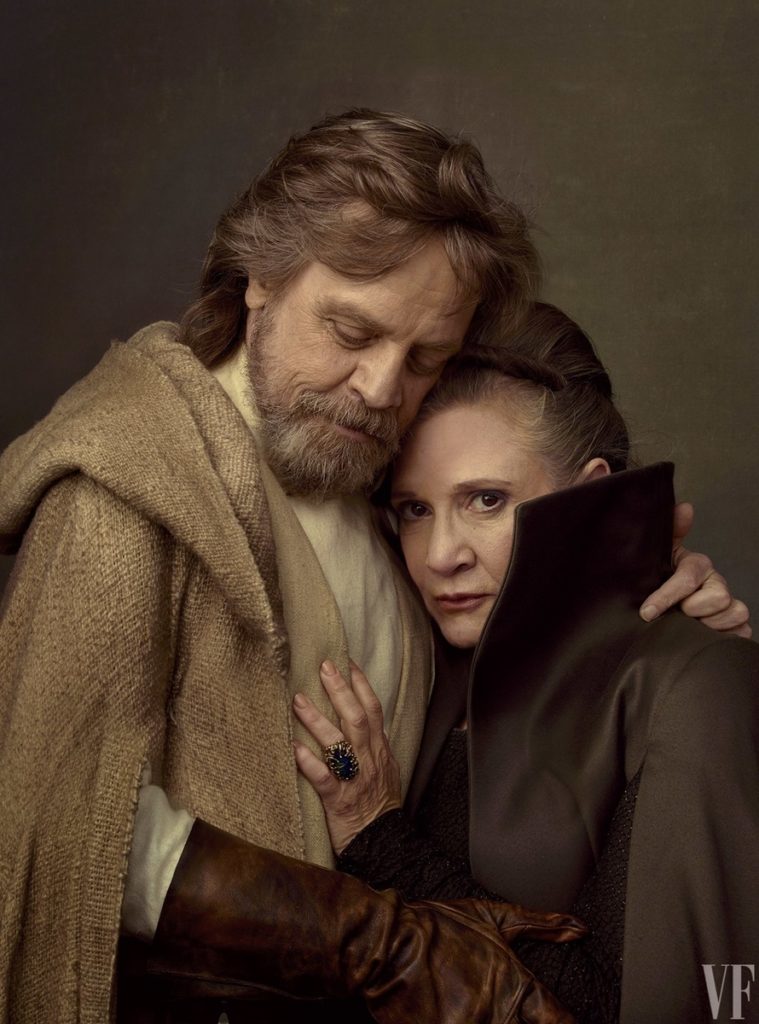 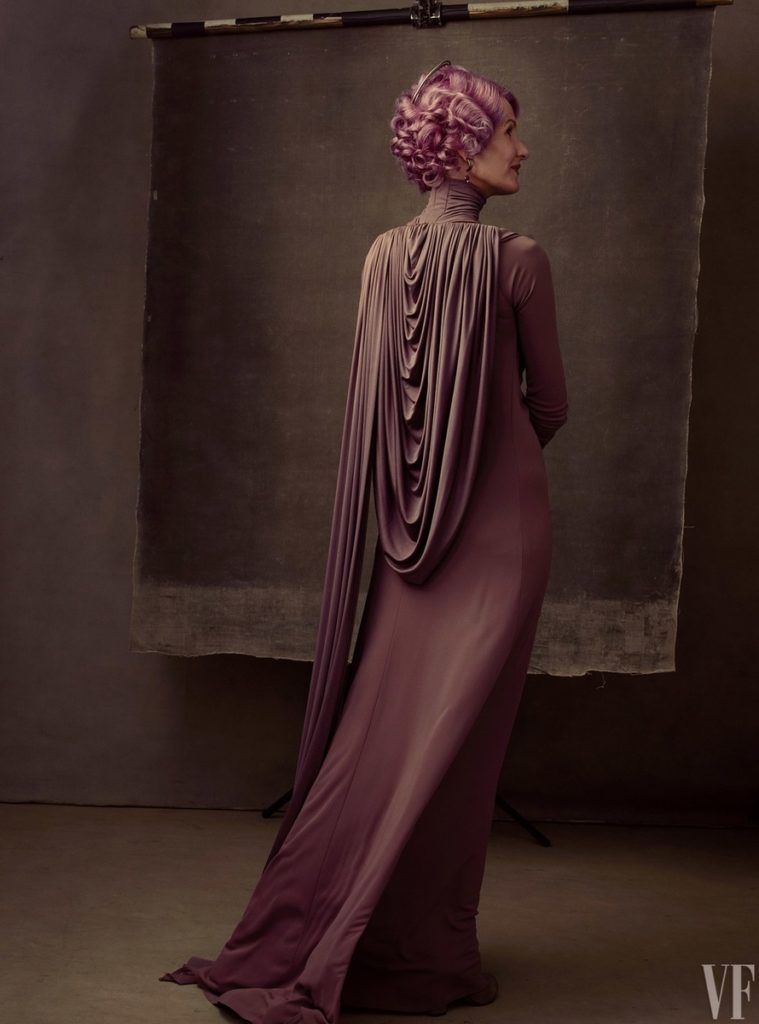 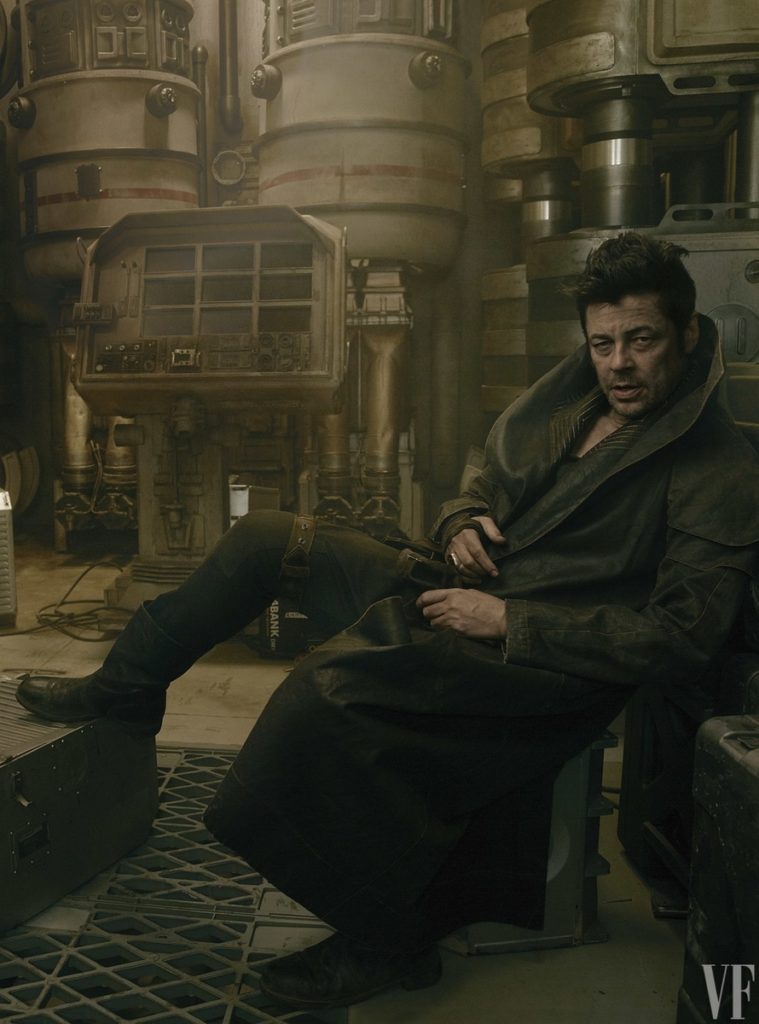 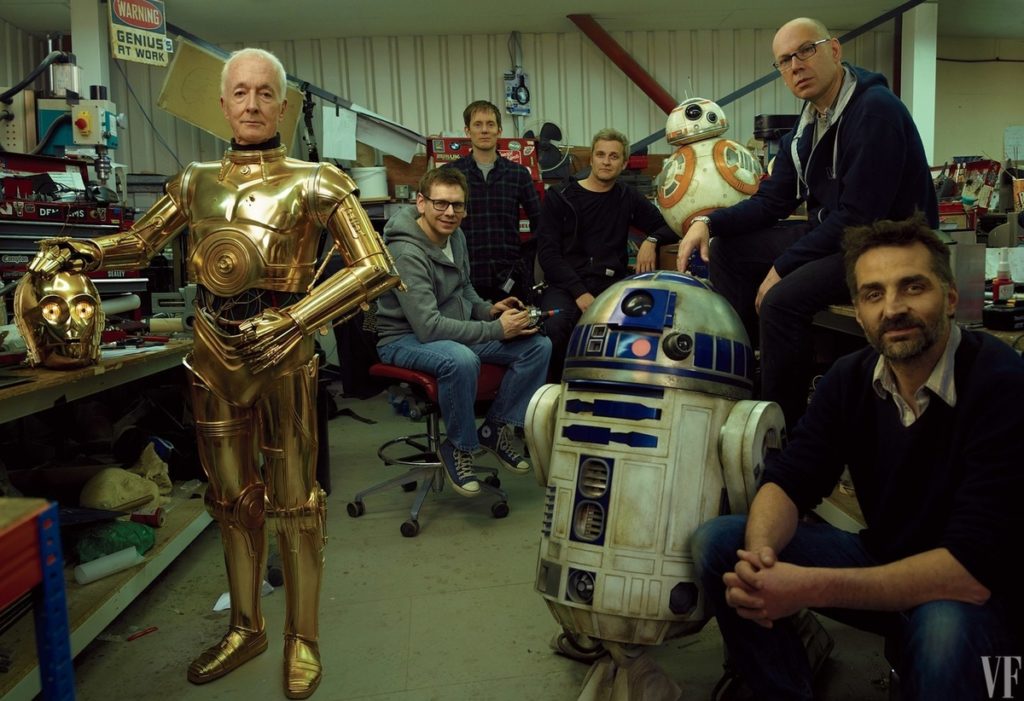 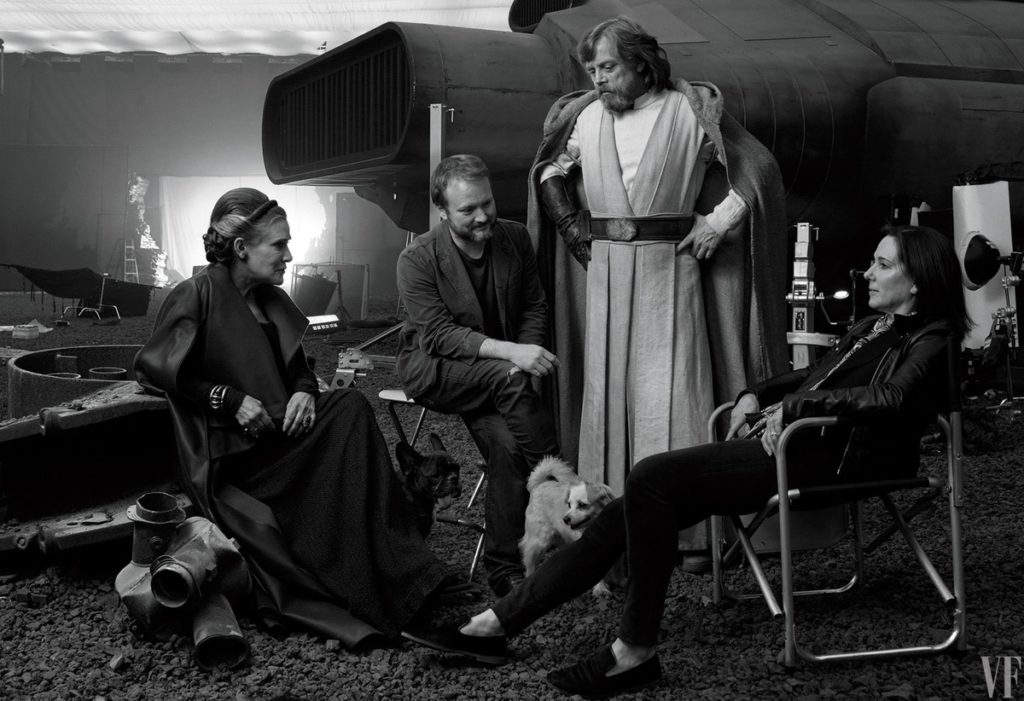