RELATED: The UNCHARTED Movie Finally Has a Script

Hollland’s casting sheds a new light onto the projection of the film. Originally, we only knew that Shawn Levy (best known for the Night at the Museum films) was signed on to be the director. Speculations were that the film would follow closely to the first game-Uncharted: Drake’s Fortune. But according to Deadline, with Holland headlining as Nathan, the Uncharted film is being “redrafted as a prequel to the treasure-hunting action storyline in the Naughty Dog video game for PlayStation” (Mike Fleming Jr). 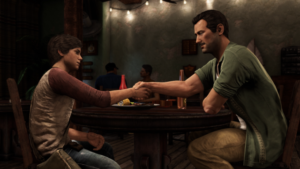 Now, with the approach of prequel, it appears that the film mirrors more of Uncharted 3: Drake’s Deception. In one specific chapter of the game, the player glimpses into Nathan Drake’s past. We discover what his youth was like, and how he found his mentor Victor Sullivan.

We know for sure Victor Sullivan will be in the film (my casting choice is JK Simmons). But will Marlowe, Uncharted 3’s villain (and Sully’s employer in that chapter), make an appearance in the film? Or will there be a new villain for the younger Nathan Drake and Sully to face? Does this chapter serves as a building block, or does the story receives reimagining. As a result, how close to the source material will the film be? 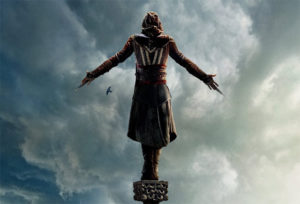 Most recently, Assassin’s Creed (2016) suffered from “the curse”. The criticism that surrounded the film focused a lot on how the characters were simply boring. This breaks my heart, because the Assassins Creed franchise has one of the greatest video game characters of all time: Ezio Auditore. He’s the cocky, yet genuine, renaissance assassin- who doesn’t want to see that? Yet, the film chose to pursue a new assassin, Aguilar de Nerha, in the hopes of broadening the series. Fans and critics alike did not receive the film well, and so “the curse” lives on.

My hope is that Uncharted does not succumb to the fate of other video game films. Character is ESSENTIAL to this franchise. Nathan and Sully are a wise-cracking and adventuresome buddy-cop duo. My desire is that Director Shawn Levy will be able to preserve their essence. Hopefully story and action does not replace character and relationships in the film.

Uncharted remains one of my favorite game series, and the casting of Tom Holland as Nathan Drake makes me optimistic. We’ve seen his boyish charms as Spiderman, and I believe he can play the good-natured and sarcastic sides of Nathan Drake well. And I look forward to more film news along the way! We still don’t have an estimated release date for the picture. With all of the recent updates, more announcements can’t be too far away. Sic Parvis Magna until then!