SYFY Is Turning 25, Celebrates by Rebooting Its Brand

This year, Syfy turns 25. To celebrate, the channel will undergo another reboot, of sorts, and gain a new logo. Before we highlight the channel’s spiffy new duds, which will take effect and be broadcast on June 19th, let’s look at the first 25 years of the channel’s life and celebrate the history of a channel that appears to be coming out of a mild identity crises….

In 1992, a Paramount Pictures – Universal Studios partnership channel was born to cable networks: the Sci-Fi Channel debuted as the depository for Universal’s monster movies and Paramount’s Star Trek. The very first thing that aired after the new logo was a dedication to Isaac Asimov and Gene Roddenberry, both original board members that passed away before station launch. After that? Star Wars. It soon became the place for science fiction and fantasy television.

In 1999, following many network sales, the first re-branding brought forth the dropping of the hyphen and the word “Channel”, but the content remained the same: science fiction at its finest. Or cheesiest, depending on your viewpoint. 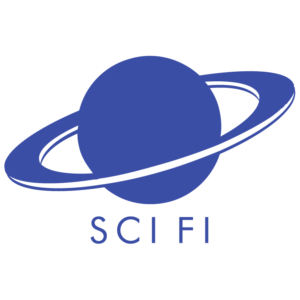 Barely into the new millennia, another logo change hit the network: the poor Saturn-like planet fell further into shadow with a very stylized eclipse. The tagline “IF” was added along with some very imaginative channel IDs that played between shows and commercials.

In 2009, after capturing the imaginations of many with the science fiction, SciFi rebranded completely to Syfy. Intended to be pronounced the same as “sci-fi”, but often referred to as “sih-fee” (with eye-roll optional), the channel drifted from strictly science fiction and fantasy television, embarking on a new path that included reality television, wrestling, and even Law & Order reruns. The channel definitely had a bit of an identity crisis. The new tagline, “Imagine Greater”, pushed the desire to be more. The channel’s original fans were initially very hesitant and resistant to the change. 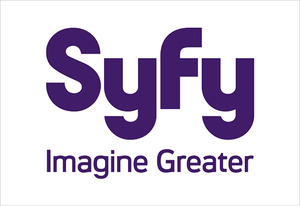 It is now 2017. Here we are, eight years later. Syfy will turn 25 in September. In an effort to move forward and embrace the sci-fi genre once more, Syfy will launch a new logo this year and focus more of its energies and airtime to the shows we already love, like The Expanse, Killjoys, Dark Matter, and The Magicians, and bring in more we want to enjoy, like Krypton.

The new logo? Well, as with the programming, Syfy is taking us back. The new logo, to me, is very 90s…or at least early website design days. What do you think? Does it say more scifi to you? 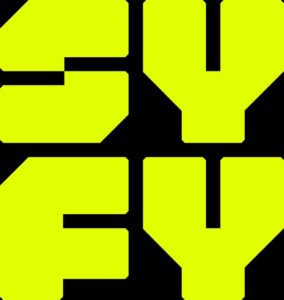