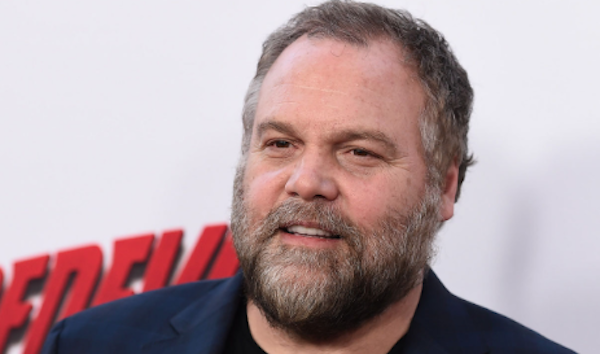 Syfy is taking on the new paranormal action series Ghost Wars, starring Vincent D’Onofrio, Kim Coates, Avan Jogia and Meatloaf, among others.  Simon Barry, executive producer of Continuum and Van Helsing (which has been renewed for a second season) created the show.

Deadline reports that Ghost Wars is “Set in a remote Alaskan town that has been overrun by paranormal forces, the series focuses on local outcast Roman Mercer (Jogia) who must overcome the town’s prejudices and his own personal demons if he’s to harness his repressed psychic powers and save everyone from the mass haunting that’s threatening to destroy them all.”

RELATED:  Vincent D’Onofrio Geeks Out Over His Role as Kingpin, Discusses When Next We’ll See Him

This sounds pretty good to me!  It sounds like Northern Exposure meets The Mentalist, meets Ghostbusters… but, very dark and with Vincent D’Onofrio.  Oh, yes.  Yes, please.

And, apparently Barry has big hopes for the show.  He’s quoted as saying “Ghost Wars is not just a contemporary homage to classic psychological horror, it’s also an opportunity to tell stories about human politics and how we shape our beliefs and lives based on our individual perspectives and biases,”.  That’s just fine by me too.  There’s nothing I love more than storytelling through social and political allegory.  Bring it on.

Ghost Wars will air in the U.S. on Syfy and around the world on Netflix.  It’s expected to arrive sometime this year.