New Logline For THE PUNISHER Hints at a Deeper Conspiracy

Yesterday we reported on a new teaser released on Twitter for The Punisher as well as sharing some new pictures for your eyes to gander. Now, today, while there’s still not a lot to report, we at least have our very first synopsis for the upcoming Marvel series produced by Netflix. The teaser we got yesterday showed blacked out lines from a confidential US document that hinted at Frank Castle’s and Micro’s involvement in something called Operation Cerberus in Kandahar. We hypothesized yesterday that Frank Castle, played by Jon Bernthal who’s reprising his role from Daredevil, was a whistleblower on a nefarious operation perpetrated by the American government in connection with international criminals. 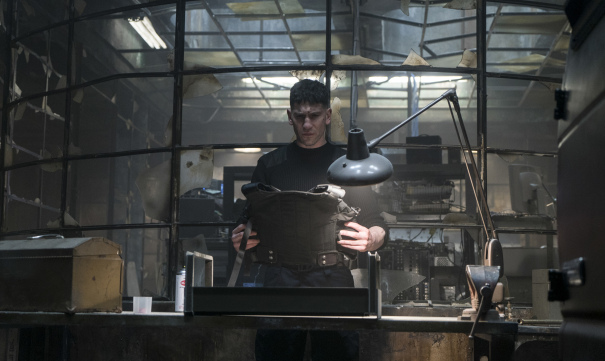 Now, thanks to this new synopsis, we can see that this could be more or less true. As we see in the plot summary below, Castle has exacted his revenge on the criminals who murdered his family. However, some more sinister elements are floating below the surface — could this be a shadowy government cover-up trying to keep a lid on Castle and Micro?

In Marvel’s The Punisher, after exacting revenge on those responsible for the death of his wife and children, Frank Castle (Jon Bernthal) uncovers a conspiracy that runs far deeper than New York’s criminal underworld. Now known throughout the city as The Punisher, he must discover the truth about injustices that affect more than his family alone.