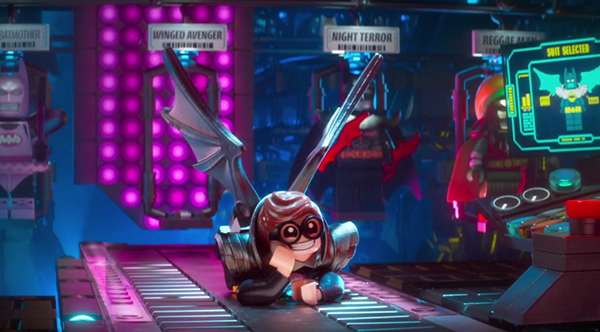 The Lego Batman Movie comes out on Friday but you can catch more glimpses into the film with these hilarious clips! 7 clips in total, they are just as absurd as you’d hope they’d be. It’s making the wait till Friday that much more painful!

First, we have Alfred trying to convince Batman that he needs to take care of the son he adopted, Dick Grayson. While Batman hesitates, Alfred lets Dick down into the Batcave, forcing Batman to interact with him. Then we have three clips intertwined. Joker tries to get away but is stopped when Batman doesn’t agree that he’s his greatest enemy. Alfred then tries to convince Batman that he fears being apart of a family again but Batman is scared of snake clowns. Really can’t blame him there. We then see Bruce Wayne at a Gotham Police event, confronting Barbara Gordon who wants to team up with Batman.

Dick Grayson picks out his superhero outfit from a vast collection that Batman has. The easter eggs are PLENTIFUL in the costumes alone. In another clip he picks out his superhero name while getting training from Batman. And finally, Joker reveals his plan to an unconvinced pilot. It’s worth a Google. All of these clips show just how much the writers and director love the Batman mythos. And how much fun they had with this movie.

What do you think of the clips below? Let us know and be sure to see The Lego Batman Movie in theaters this Friday, February 10th!