Get ready everybody, because there’s a very, very nerdy storm brewing. Today, Marvel Studios released their first look at a poster for their 2018 release, Black Panther, which will see Chadwick Boseman reprising his Captain America: Civil War role as Prince T’Challa of Wakanda, an isolationist, technologically advanced country in Africa. 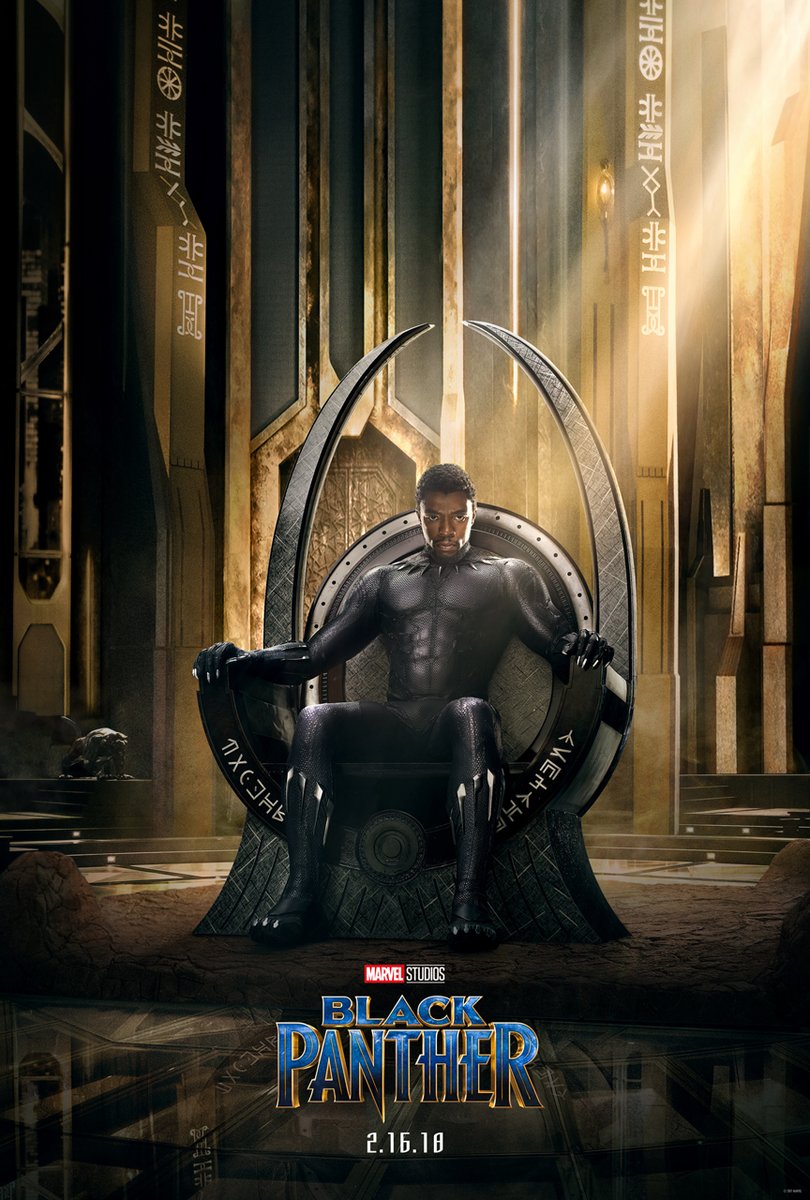 In the poster we see Prince T’Challa of Wakanda sitting on the throne of his country. Following the assassination of his father, T’Chaka, in Civil War, the Prince has now become King and has a fight in front of him for control of his country, which is beset on all sides by would-be usurpers and opportunistic invaders. A war for their invaluable resource, Vibranium, is no doubt looming.

T’Challa sits alone, by himself, as this is mostly his fight. He’ll have his fair share of allies, but at the end of the day, this is all on him as he’s now King. As such, his posture is one of both readied poise and confident composure. He is ready to strike and ready to listen, both at once.

We also see that there is a new logo for the film, a striking blue silver fading down into black and gold at the bottom. The “N” is extended into more of a dagger. 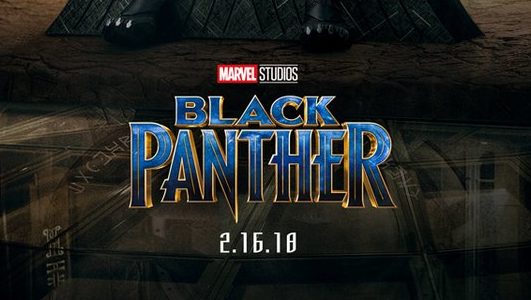 Perhaps one of the more interesting things about this poster is the Wakandan language displayed on both the throne and the walls behind King T’Challa. It appears to be somewhat runic in nature, possibly Asgardian, at first glance. However, if you really look at it, it starts to appear somewhat alien. In the comics, the large Vibranium deposit in their country is alien in origin, having come to earth on a meteorite. Is it possible that the Vibranium in the Marvel Cinematic Universe arrived on an extraterrestrial ship? Did the Kree originally crash here? Visit here? Have Asgardians visited their country before, or the Dwarven craftsman of Svartalfheim? 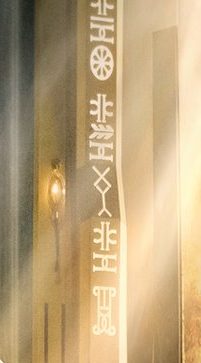 It’s all unlikely and just our initial response, but it the language is enough to make you stop and wonder what it’s initial, pre-historic influences might be. After all, Vibranium is not natural to Earth, it has to come from somewhere, so what if that somewhere is actually extraterrestrial intelligence and not just a mindless meteorite?

Our guess is that we’re overthinking it, but we would be terrible fans if we didn’t do that. And forgive us for momentarily lapsing into an accidental impression of History Channel’s Ancient Aliens. 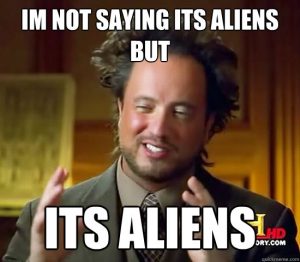 Along with this poster, they also gave us all dorks the heads up that we should watch Game Four of the NBA Finals tonight for our first look at a teaser trailer for the film. Of course, the timing of a teaser trailer tonight absolutely adds up to us getting a full trailer at San Diego Comic Con, which is about six to seven weeks away. Yes, the marketing blitz of a superhero film is as predictable as smiles after ice cream; we’re always going to get one, but that doesn’t mean we shouldn’t still be excited.

Check out the new @MarvelStudios #BlackPanther poster & watch game 4 tonight for the premiere of the teaser trailer! Witness the legend pic.twitter.com/wQZO8iPO8O