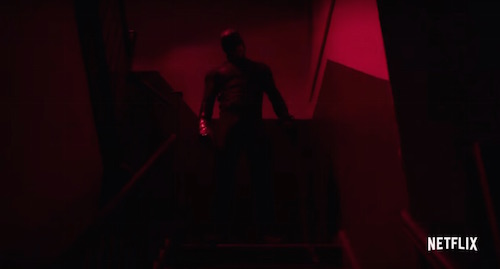 Here’s my actual reaction to the Daredevil Season Two trailer that Netflix released this morning.

“HOLY%%%&%&$&WR&&! JON BERNTHAL IS AMAZING HE’S THE PUNISHER AND I CAN’T WAIT TO SEE THIS SHOW WHY DO I HAVE TO WAIT FOR THIS OH F#%& YOU NETFLIX MAKING ME WAIT TEN DAYS FOR A SECOND TRAILER WITH ELEKTRA!”

And now, here is my professional one. 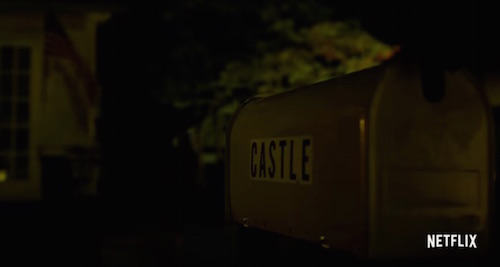 This morning Netflix released a full two and a half minute trailer for their upcoming Marvel series, Daredevil, Season Two. In doing so, they presented the internet with a paradox. On one hand, we all have excitement at the trailer, how awesome it is, how awesome the new season looks and how perfect Jon Bernthal seems to be as a fit for Frank Castle, aka. The Punisher. However, on the other hand, they also teased that another trailer will come out in ten days and it will, presumably, be focused on Elektra! 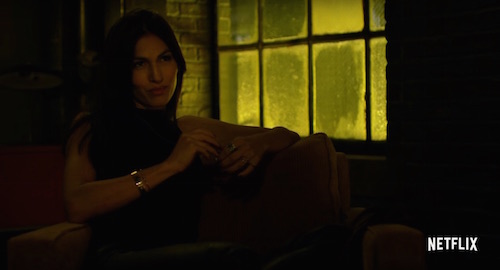 This puts all of us in the position of equal parts excitement and satisfaction up against frustrated impatience and even more eager excitement. Which, in all fairness, is a great emotional place to be. Excitement stacked on anticipation.

There was a lot going on this trailer, a lot of cues, thematic issues and moments that point to what we can expect from this second season of Daredevil. Here are the top five things we noticed. 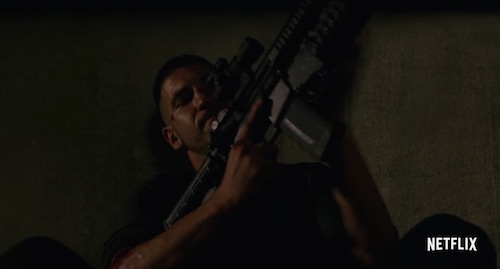 First of all, much of the advertising for this upcoming season has had a haunting ecclesiastical tone and aesthetic underscoring much of the action, as if the entire season takes place in and around an old Catholic church. In the comics, and last season, Daredevil is a staunchly Catholic character who everyday deals with the guilt and shame of the violence of what he does. This priestly setting and holy environment offers a sort of constant commentary to what’s going on, as if each frame is asking the questions, “Is this the right thing to do,“ “Are Matt Murdock’s actions righteous,” and “who has the right to decide what is just?” 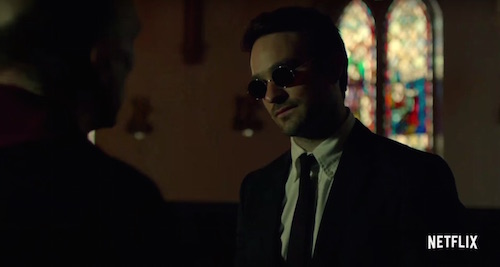 Last season, we saw The Kingpin, Wilson Fisk (Vincent D’onofrio) as a bad man trying to do good with no mind towards the collateral damage. This season, we’ve got the opposite of that, a seemingly good man who’s been pushed too far and is now bad. Both antagonists are motivated to do what they think is the good, righteous and necessary thing, but each, in their own way, take it just enough over the edge that the good they set out to do is overshadowed by the wrongness of their methods and end results. 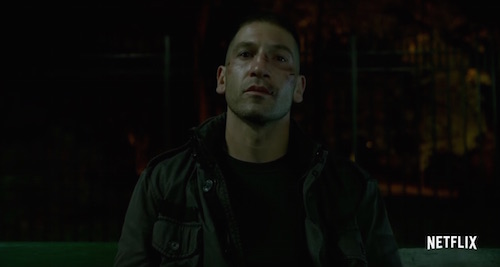 It’s the very example of the path to hell being paved by good intentions. 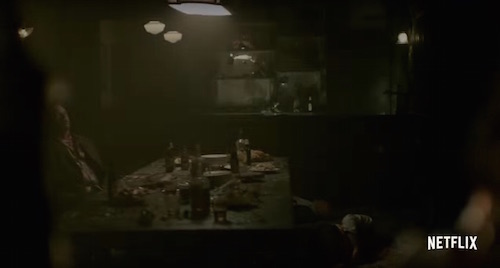 In a season that features The Punisher, a hero with the same intentions and mission as Daredevil, but with a willingness to kill, those themes are going to play very heavily throughout.

As Punisher says to Murdock at the end of the trailer, “You know, you’re one bad day away from being me.”

We see that Matt Murdock’s (Charlie Cox) and Karen Page’s (Deborah Ann Woll) relationship seems to be taking shape. They are still colleagues and there is still that level of love and respect between them, but there appears to be some actual romance coming into their story now. We saw hints of it last season, but in this trailer, especially with the moment of them in the rain, there seems to be more to them than just working together.

It’s a forgone conclusion that Karen Page will find out that Matt Murdock is Daredevil this season, but do we see her already knowing that in this trailer? When Karen says, “Maybe we created him. All of us,” she follows that up with, “we never stopped to think Daredevil’s actions could open the doors for men like this.” The question there is, unless she knows Murdock is Daredevil, how could there have been any way for them to stop Daredevil? There’s a familiarity in her voice that seems to betray she may have learned the truth already there. 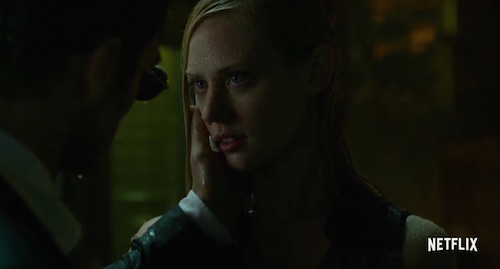 There’s not much more to say beyond that, but of course, I will. 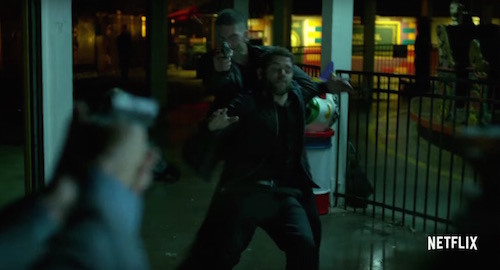 We see him with pathos in the beginning, completely overwrought with grief at the death of his family. He’s sad, depressed, forlorn, reading old children’s books and visiting an empty carousel. He is very much stuck in the past and reliving all the moments that brought him to this grief-stricken place so you really feel it when he says, “I need to take care of the scum that killed my family.” 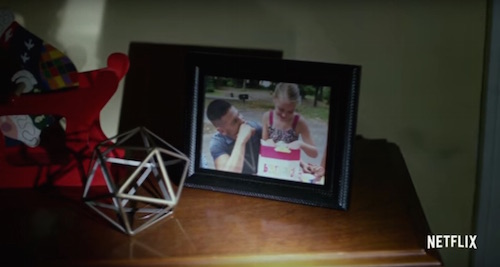 Not only do you feel it, you’re rooting for him. You know his methods are wrong and that he’s going to come up against Daredevil in executing those methods, but dammit is he right in feeling the way he does! 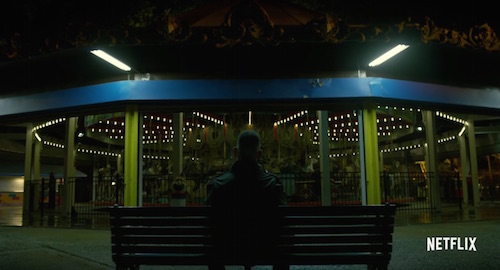 He doesn’t really seem to enjoy what he does so much as he feels like he has to. This is a mission to him. And a part of that reasoning, to him at least, is that men like Daredevil are a bandaid on a gunshot wound. Daredevil is a good man trying to put a stop to the crime, but as Castle says, “You hit them and they get back up. I hit them and they stay down!”

So while we see his pathos, we also see his violence and the extreme measures he will take to complete his mission and satisfy his vengeance. 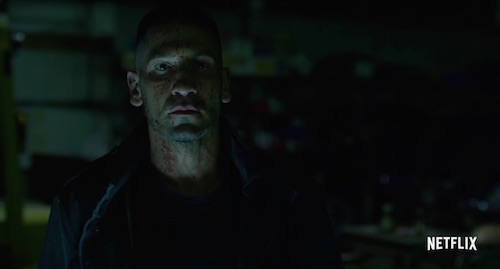 It seems like there could be some blame in there too, as if Castle holds Daredevil partially responsible for his family’s death. It’s entirely possible that Daredevil had the criminals in hand, but let them go, believing the problem handled. The problem, for Castle, is that Daredevil’s method presumes that the justice system works, that if his fists don’t turn them around, justice will prevail and incarceration will keep them off the streets. Murdock is an attorney through and through. Castle, however, is a soldier that believes the justice system is broken and the only true way to keep other family’s safe is to bring your own judgement upon the sinners of the world. 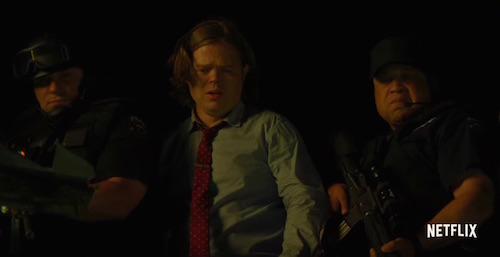 Foggy Nelson (Elden Henson) is a good friend and the unsung hero of the Daredevil mythology. We all love the super senses that allow Daredevil to do the amazing things that he does, we all love the fight scenes and the drama and the themes explored in the stories, but at the end of the day, amidst all the girlfriends and bad guys, there’s always Foggy Nelson. For better or worse, Foggy is always there in some way and we see that in this trailer. More than anyone, Foggy wants what’s best for his best pal Matt Murdock and we hear the sadness and worry in his voice when, after Murdock pleads with him, saying, “Blood is being shed…” Elden Henson says, “And you’ve donated more than your fair share!” 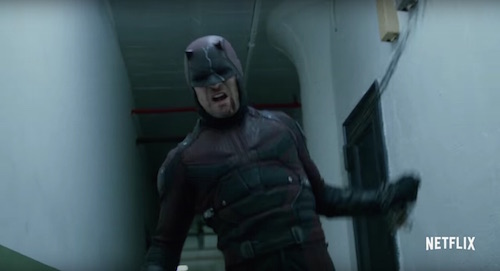 Remember that hallway fight scene at the end of the second episode of the first season? Remember how epic it was, all done in one continuous shot, the brutality of it, the exhaustion you felt for Matt Murdock as he fought his way through an entire gang just to get to one little boy?

It looks like they have a sequence similar to that in this one, but this time, Daredevil is better trained and appears to be fighting with a chain.

Saying that we’re excited to see Daredevil back in action punching some faces and kneeing some guts would be an under-under statement.

CURSE YOU AND BLESS YOU NETFLIX!

The Walking Dead: World Beyond's Bennett sisters, Hope and Iris, are this week's #WCW. Find out why we are crushing on two of the youngest TWD warriors by clicking the link below!