Jai Courtney‘s career is mired in the middle of a rough stretch. While the Australian actor initially caught fire co-starring in the first season of Spartacus, his most recent credits include roles in films like Suicide Squad, Terminator Genisys and Man Down. In short, the critical reception to his films has been pretty… rotten. It is with this track-record in mind that audiences come to The Exception. Jai Courtney wears a Nazi uniform, and the film touts an 80% on Rotten Tomatoes. Wait, what?

A 2017 release, The Exception follows the semi-fictional goings-on surrounding the elderly Kaiser Wilhelm II (Christopher Plummer) in the early days of World War II. However, it Captain Stefan Brandt (Courtney) who provides our entree into the story. He is a young soldier with a mysterious past. In the first act, the Nazi elite send him into occupied Holland with the objective of running the Kaiser’s security team. Upon his arrival, Stefan meets and is immediately smitten with Mieke de Jong (Lily James), one of the household maids. However, tension quickly falls over the house with word that a British agent is in the area. The Kaiser’s life could very well be in danger…

The Exception tightropes a tricky line separating period drama and wartime thriller. However, the film struggles a bit with this undertaking. There are a number of instances throughout the narrative where overly telegraphed scenes ruin later, suspenseful reveals. It’s not hard to predict the course of the story, and as such spoil much of the suspense. Balance in this story is a challenge, and thriller fans will likely find themselves frustrated. Instead, The Exception actually succeeds more as a period, wartime romance with much of the credit going to the film’s two leads. 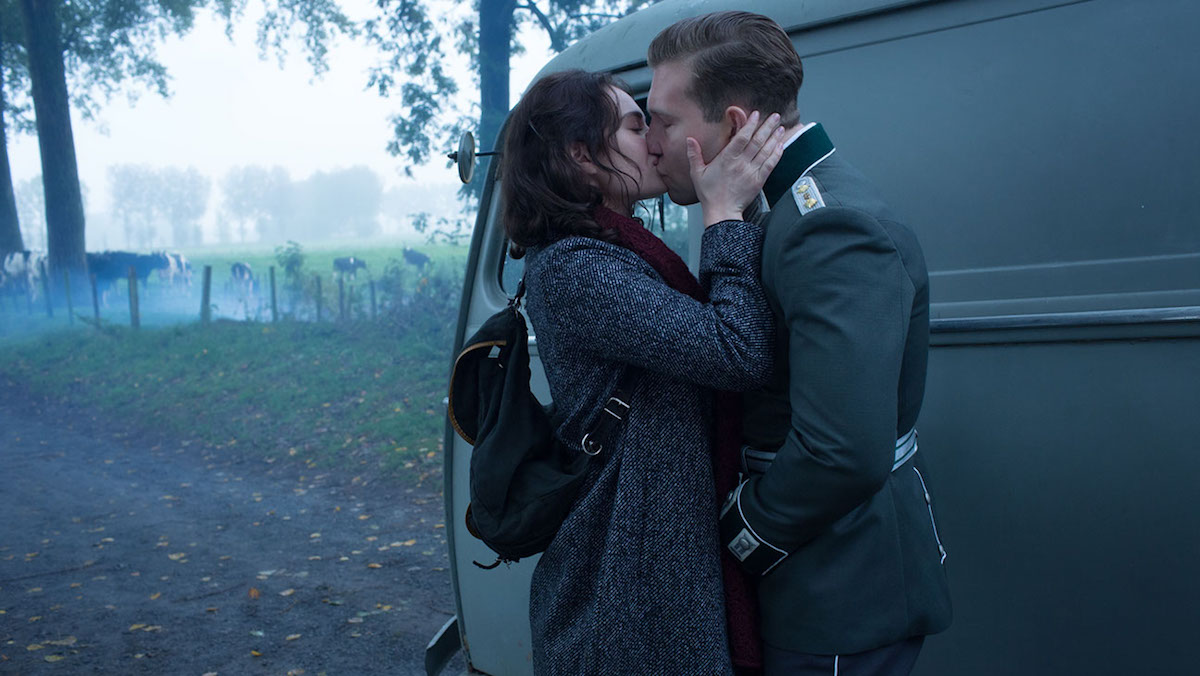 A lot of pressure falls on Courtney and James to shoulder the weight of the film’s character driven elements. Courtney up’s his game, presenting his best work in a long time. As a character, Stefan carries a lot of baggage with him. We see early on that he is recovering from a battlefield injury. There is also a cryptic discussion of traumatic events while fighting in Poland. Courtney brings a hint of unspoken vulnerability to his performance. On more than one occasion, Stefan looks up at Mieke. His eyes are wide, taking her all in. He needs her. Stefan is an introspective and sympathetic character. Here’s to hoping for more performances like this from Courtney in the future.

Acting opposite Courtney, Lily James brings her likable charisma to the complicated role of Mieke. Throughout the movie, she continually achieves stellar physical chemistry with Courtney. Their forbidden romance is believable, and the two play off each other very well.

However, James seems slightly miscast in the role, especially as the story develops. Mieke is a challenging character, who (like the plot) walks a complicated tightrope. On the surface, she is a youthful and innocent house maid. However, her character brings a lot of complexity below the surface. Mieke’s past is filled with deep seeded, unspoken trauma. Her early interactions with Stefan are complicated, and fascinating to watch. Unfortunately, James appears to loose the complexities of the character as the story develops, and her character looses control of the situation. While James brings everything she has to the role, there are some definite missed opportunities in her portrayal. 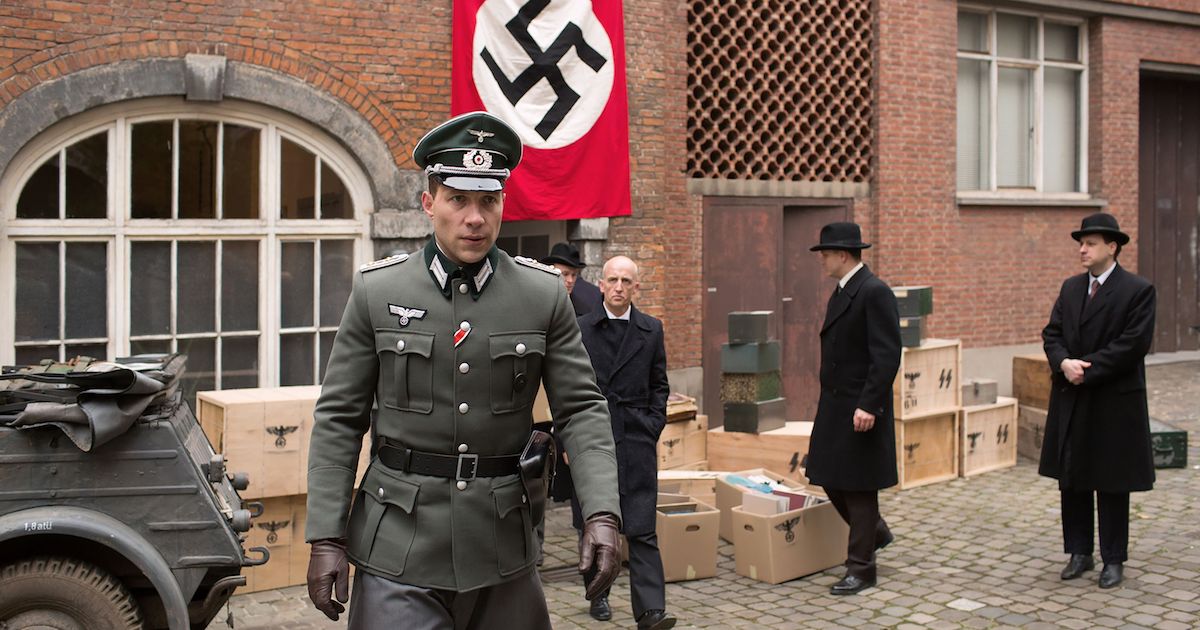 Meanwhile, the film’s look hits the ball out of the metaphorical park. The costumes (designed by Daniela Ciancio) are a particular high-point, ranging from Coutney’s Nazi uniform, to the Kaiser’s collection of military finery. However, the beauty to this film doesn’t stop there, as the set design, locations and even cinematography are all top-notch. The creative team is led by first time feature director David Leveaux. Leveaux comes to feature films from the theater, where he directed well received plays everywhere from the Broadway stage to National Theater productions in London.

Finally, fans of romantic period features like Atonement and Glorious 39 should definitely check out The Exception. While the film definitely has some problems, there is enough good to outweigh the bad. The movie is strikingly beautiful, and the actors fully commit themselves to the art. Fans of Jai Courtney should also check out The Exception. The actor puts forward an excellent performance, definitely a high point in his still developing career.

The Exception hit theaters (in a small release) on June 2nd. The film is currently available to rent and purchase on iTunes.