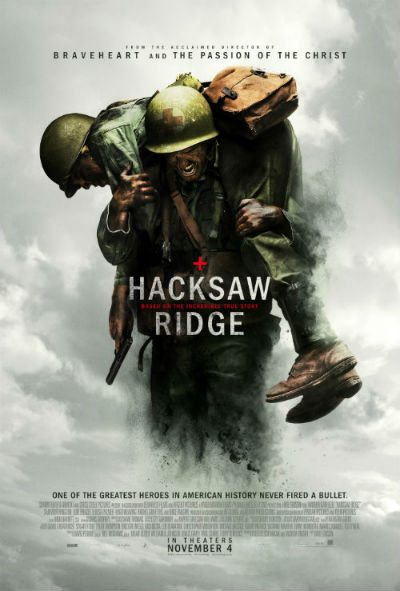 GIBSON PULLS OFF ANOTHER MIRACLE

Whatever ill personal feelings you may have for Mel Gibson, time to set them aside, this remarkably gifted director has delivered one of the most emotionally packed, powerful and important films of this year. Hacksaw Ridge is a war movie that can be placed among the greats: Apocalypse Now, The Deer Hunter and Platoon. But beyond that, it is an incredibly personal story involving love, faith, and conscience. The story of the first and only C.O. (Conscientious Objector) to win the Medal of Honor in World War II is told with such incredible finesse that it makes Spielberg’s Saving Private Ryan pale in comparison. 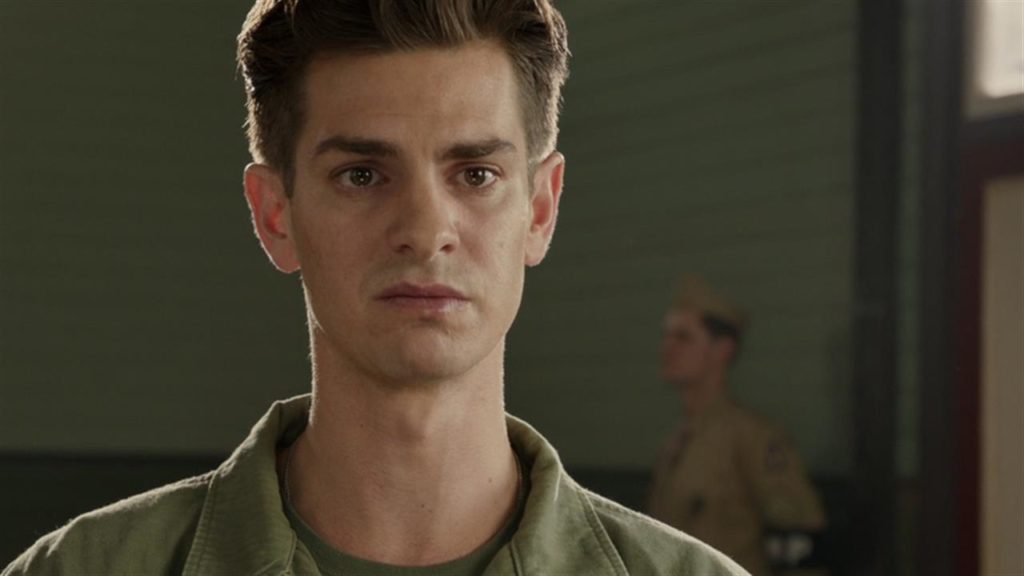 Some could argue that Gibson brings a sense of nostalgia to the screen that could be mistaken as schmaltz, but I was easily swept up into the world of Desmond Doss, his optimism and unwavering faith due to the director’s brilliant storytelling techniques, and Andrew Garfield’s exceptional portrayal. The battle of Hacksaw Ridge is one of the bloodiest in history and there is no turning away from that violence and Gibson does not hold back in its graphic depiction.

But before we get to the actual battleground, we’re taken years back to understand Doss’ humble beginnings. Born to a World War I veteran turned bitter alcoholic (Hugo Weaving in a Oscar contender role) and a much berated mother, it appears that Doss and his brother encountered a lot of strife with their father since he had come back from the war. Doss placed his mother on a pedestal and took heed in her Biblical teachings. A major change in young Desmond’s life was a chance fight he had that nearly accidentally killed his older brother. 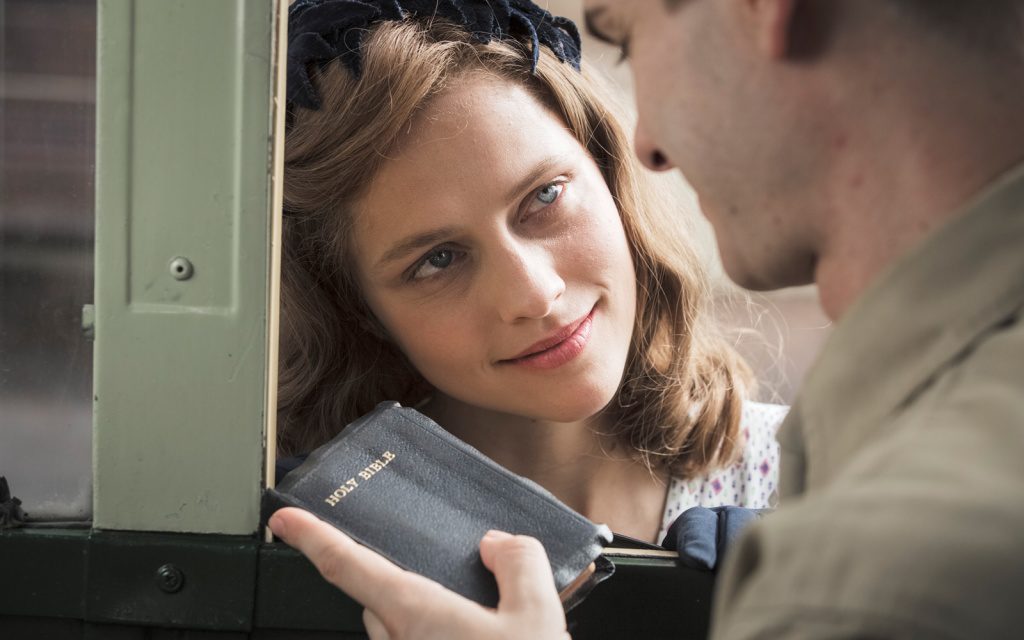 Later in life, Doss saves a young man during an accident and by fate he meets the woman of his dreams. Director Gibson and his writers, Robert Schenkkan and Andrew Knight deliver an earnest love story which gives Doss more fortitude for his character. Somehow, actress Teresa Palmer (and perhaps Mel Gibson himself) gives us something so enduring about Doss’ true love, Dorothy Schutte, that the whole thing echoes the classic love story of Summer of ’42, and how everyone fell in love with Jennifer O’Neill. People will do the same with Ms. Palmer.

After seeing the wounded come back from the war at his girlfriend’s hospital, and discovering that his brother has enlisted, Doss wants to be part of it all, but in a very different way. He becomes introspective about the war, and insists that rather than take lives, he can save them as a medic. This does not bode well with his father, who insists he’ll just get himself killed, and that the military will never accept him for who he is. It also does not help that his girlfriend is unhappy about him going as well. 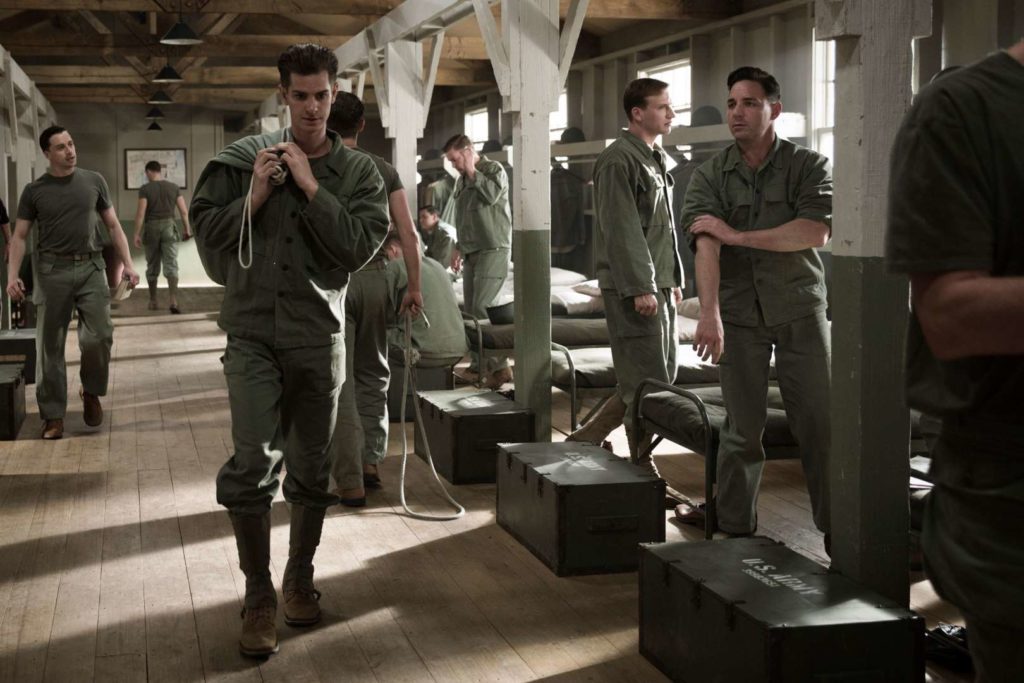 Doss perseveres and goes into boot camp as a wide-eyed innocent with a goofy smile, exactly what the drill sergeant will attack at first chance. Now, for many of us, we don’t need another boot camp scene after the countless war movies that have come before. But Gibson, believe it or not, makes it all refreshing with great characters and some funny situations. And here is where the casting really kicks in. These guys actually look like they stepped out of the 1940s.

Doss surprises everyone with his speed and agility, but also puzzles them all when he refuses to take a rifle. We recognize it now as a courageous move on his part, but the man was labeled a coward originally and threatened with treason. Here is where Doss’ story soars, from his spiritual battle with the military and his comrades, and eventually going directly under fire with no weapon to protect himself or his fellow man with only God on his side. 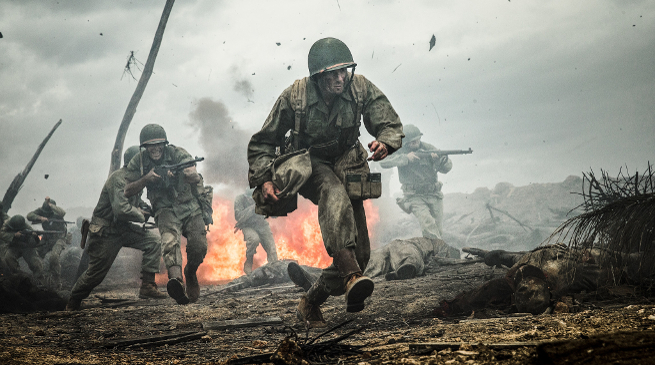 The battle scenes are perhaps the grittiest and most jarringly violent we have ever seen on the screen. Gibson takes us several times into the melee with all kinds of battlefield weaponry including bazookas, flame throwers and mortars, to hand-to-hand combat. It’s both breathtaking and exhausting. And, through it all Medic Doss runs back and forth dodging enemy fire to rescue the wounded. The visuals are an amazing testament to Desmond Doss and the pure skill and power of a genius filmmaker, his cast and crew giving us their all.

How Gibson ends this film is truly remarkable. The closing scenes sent chills through my body, and the audience couldn’t help but be in awe of Mr. Desmond Doss and those who were able to live long enough to express their thoughts on his life. Hacksaw Ridge should be seen by all for its tale of courage in the face of adversity, and unwavering faith and the strength that can be drawn from it.