DISCLAIMER: This Inhumans recap contains more spoilers than the number of times Auran has died. She makes it a habit to die at least once a day. You’ve been warned. Brace yourselves for Terragenesis, and proceed with caution.

Welcome back, Inhumans of Attilan! Inhumans graced our TV (and computer) screens with a whopper of a penultimate episode. Can you believe we only have one episode left? It feels like merely yesterday we were experiencing Inhumans for the first time. We were so young and naive then. Anyway, our protagonists made their less than triumphant return to Attilan this week. They attempted to parley with the ever so kingly Maximus. However, since Maximus is Maximus, said parley took a disastrous turn. Meanwhile, Karnak embarked on a quest of his own regarding Gorgon. That is, he attempted to bring Gorgon back to life. I would’ve done the same, Karnak.

Alright, ready to delve into “Havoc in the Hidden Land?” Be sure to spend as much time in the royal bunker as possible. War is on the horizon and you wouldn’t want to get caught in the crossfire.

We open with an overabundance of running. Black Bolt (Anson Mount) and the remainder of the Royal Family are running from Dr. Declan’s decimated lab. Meanwhile, Auran (Sonya Balmores) and her lackeys are attempting to evade Black Bolt. However, said attempts at evasion fail miserably when our rightful Inhuman King stumbles upon Auran. He captures everyone involved in the opposing party. Then, Karnak (Ken Leung) snaps Auran’s neck. His plan involves shipping the freshly dead Auran and her cohorts back to Maximus, to send a message. He, along with the others, believe Maximus should die for his usurping. That, and Gorgon’s unnecessary death.

However, Medusa (Serinda Swan) sees things differently. She wholeheartedly believes that yes, Maximus should pay for his crimes, but he doesn’t need to die. More bloodshed is not the answer. Also brotherly murder, anyone? Medusa does her best to sway her husband’s opinion on the matter. Well, you know Black Bolt – once he’s set his mind to something, there’s no going back. He sends Crystal (Isabelle Cornish) back to Attilan to deliver his terms to brother dearest Maximus.

Next, we see Crystal return to the Moon with Lockjaw in tow. Maximus (Iwan Rheon) is taken aback at the sight of her. She informs him that Black Bolt wishes to parley with him. Oh, fancy! Maximus agrees to this and sets the time for midday, out in public. Once Crystal leaves for Earth, we see that Maximus is overjoyed at the prospect of parley. He may just get what he wants after all.

Then, our Royal Family makes one last pit stop prior to their return to Attilan. They’re staring out over the ocean by the shore. We see a figure gliding through the water toward them. It’s Triton (Mike Moh)! He’s alive! Apparently, Black Bolt knew Triton was alive but kept said fact under wraps. He needed Maximus to believe his foolish plan was succeeding. This angers Medusa to no end. Secrets don’t make friends, Black Bolt – or lasting marriages.

Later, our protagonists teleport back to Attilan with Triton. They also have the body of Gorgon in tow. Black Bolt takes our crew to a secret bunker beneath the palace. Once again, Medusa has discovered that Black Bolt has kept something from her and is rightfully irked by it. Dr. Declan (Henry Ian Cusick) is also along for the ride, and tickled at the fact that he’s currently on the Moon. I officially have Moon envy now. 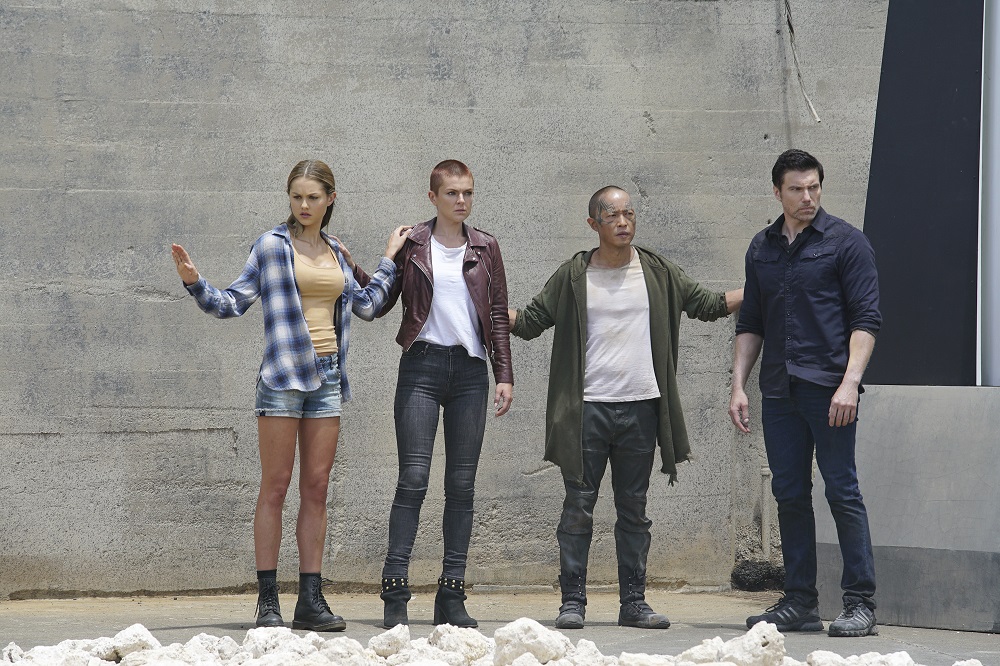 Next, Medusa takes her husband aside and lays down the law. She reveals that she no longer wishes to be known as “Black Bolt’s Interpreter.” She is a Queen and hopes to be viewed as such. She’s a woman, damn it, and a powerful one at that! You go, girl!

Meanwhile, Auran is revived from death for the umpteenth time. Maximus is waiting patiently beside her. He reveals that the ball is in his court now. His family is coming to him. Auran has a revelation. Maximus is staging this revolt for his purposes only. He wishes to undergo a second Terragenesis so he too can become Inhuman. When Auran reveals this, Maximus scoffs at her. Of course he wishes to undergo a second Terragenesis, but only so he can help his people! Duh!

Later, Maximus orchestrates a public funeral for the fallen Gorgon. None of the Royal Family are present, with Maximus believing they’re safely ensconced back on Earth and not right under his nose. Silly Maximus. Of course, he somehow turns his eulogy into an anecdote about how his family never accepted him. Then, urging his people to look at what happened to Gorgon as a cautionary tale. Only Maximus could make a eulogy self-serving.

Then, time for parley! Our protagonists arrive at midday on the dot with Dr. Declan in tow. All of Attilan is watching. Black Bolt presents is terms. Maximus will face no punishment and be granted his wish to undergo a second Terragenesis. They’ll even release Dr. Declan into his custody to aid him in his mission. However, Maximus must submit the throne back to Black Bolt. Our rightful King will continue to rule as if no blip ever occurred. Initially, Maximus agrees to said terms. That is, until the good doctor is with him. Then, he turns his coat once again. After publicly disagreeing to Black Bolt’s terms, the latter vows to kill Maximus the next time he sees him. Uh oh. This could get ugly. 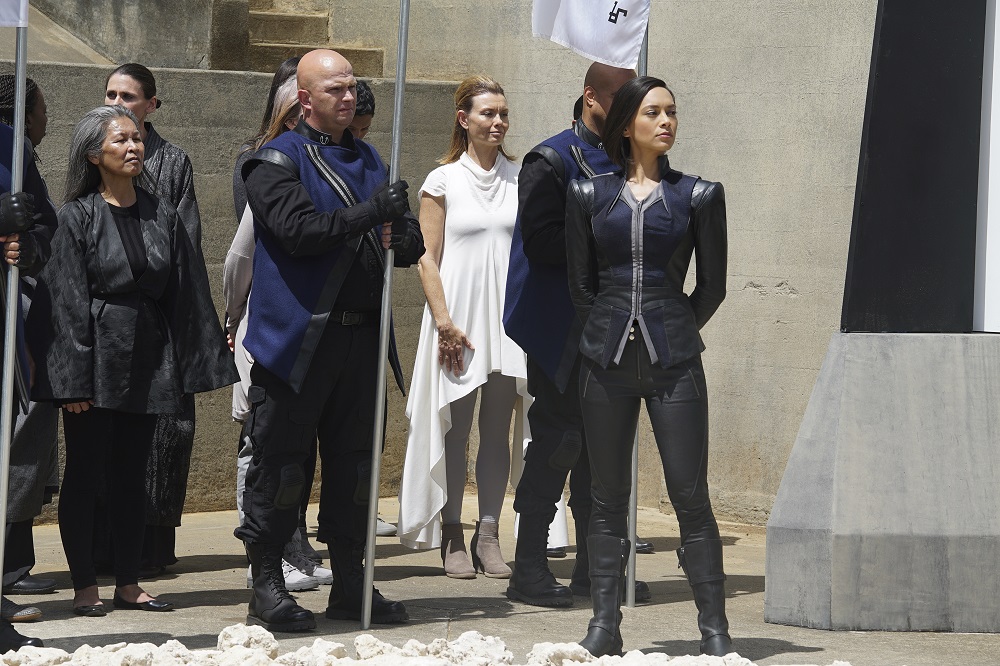 Later, Maximus arrives at Dr. Declan’s new swanky pad. He informs him of his mission to expedite his Terragenesis process. Of course, the doctor has a plethora of DNA samples. Plenty of powers for Maximus to choose from. However, Dr. Declan doth protest too much for Maximus’ liking. Declan reveals that this procedure has never been attempted before and without adequate testing it could fail miserably. You know, like end in Maximus’ death. That won’t stop the usurper though. Maximus urges Declan to continue with the current mission at hand.

Next, Karnak reveals to Black Bolt and Medusa his wish to revive Gorgon through a second Terragenesis. He informs them that he studied Declan’s research and could replicate his work, albeit with a few changes. Maximus’ procedure is flawed, and Karnak is rather adept at pointing out flaws. Black Bolt gives the thumbs down, stating that it’s against the law. Aw, man. Who invited Captain Buzzkill?

Then, we see Karnak rebelling against Black Bolt’s wishes. Because why not? What do they have to lose? He confronts Auran for assistance. She is the one who cannot die, after all. He convinces her to rally to his cause. She reticently agrees. Great – now all he needs is a sample of her DNA…

Meanwhile, Crystal reveals to Medusa her desire to return to Earth. She misses Plaid Dave (as I affectionately call him). Medusa, while sad at the prospect of losing her sister to the humans, vows to respect Crystal’s wish. Respect is the name of the game, folks.

Later, we see Karnak and Auran standing before a Terragenesis chamber with the lifeless Gorgon within. Karnak extracts the DNA sample he needs from Auran and commences the transformation process. Our duo waits with baited breath. Nothing. Auran assures Karnak that Terragenesis takes a while to kick in, but Karnak is convinced his plan failed. They hear a bevy of Maximus’ guards careening toward them and flee the scene. 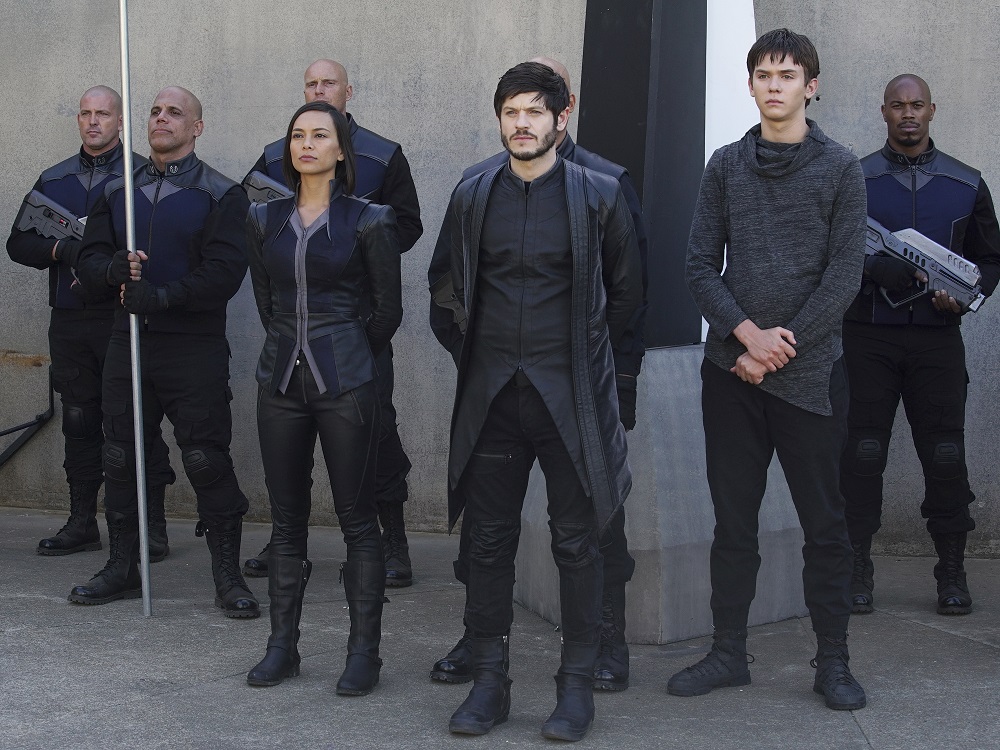 Then, Maximus and Declan approach a Terragenesis chamber to commence Maximus’ second Bar Mitzvah. I mean, Terragenesis. Suddenly, Maximus is all frayed nerves. He’s wading in uncharted waters. No one in Inhumans history has attempted a second go around. Next, the pair notices Gorgon in the second chamber. Maximus gets a sneaking suspicion that something is afoot. Maximus is informed by his guards that mayhem has struck the city. The revolution is now underway. Maximus leaves, but assures Declan he’ll return.

Meanwhile, we see a cloaked Triton waiting in the wings for Maximus. When he sees the usurper approach surrounded by his guards, he follows them to a back alley. Then, Triton strikes. He successfully takes down all of Maximus’ secret security. Then, he notices that Maximus has fled. Sneaky little weasel!

After escaping Triton (and of course discovering that he’s alive), Maximus wanders into the secret, but now not so secret, bunker. Black Bolt finds him. Here it is, folks – the moment we’ve all been waiting for. Brother vs. brother. However, Maximus divulges a pertinent fact that could change everything. Maximus rewired the very fabric of Attilan by making it impossible for Black Bolt to kill him without slaughtering all of their people in turn. Double sneaky weasel! Maximus may live to see another day. Unless Black Bolt feels like having the whole of a race’s blood on his hands. 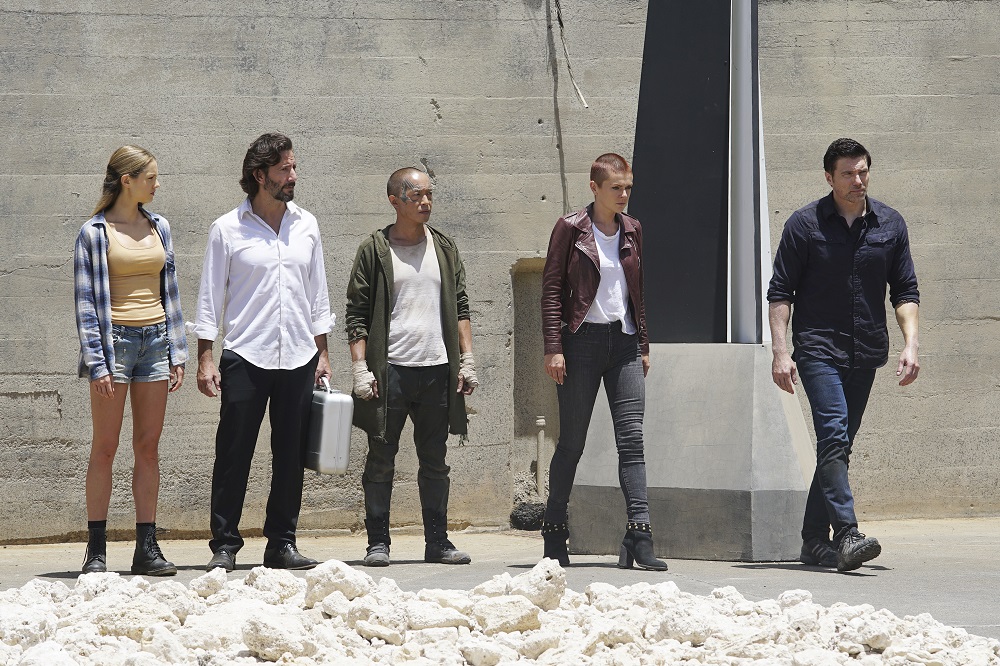 Later, Declan hears a rustling in the shadows. He attempts to introduce himself to a potential intruder. Said newcomer steps into the light and we see it’s Gorgon (Eme Ikwuakor)! He’s alive (imagine I’m saying this with a “Frankenstein” voice)! His second Terragenesis worked! Karnak is a genius!

Inhumans threw all the cards on the table this week. Of course, it’s not unexpected from a penultimate episode. So many things happened in just the last ten minutes alone. Maximus’ revelation regarding Black Bolt’s inability to kill him without murdering the remainder of the Inhumans. Gorgon coming back to life. Triton being alive in general. Black Bolt having a concrete plan all along. So many puzzle pieces are clicking into place. Now, I’m intrigued to see how Inhumans manages to tie loose ends next week and wrap up this story in a neat little bow.

Do you think Maximus will eventually die (without everyone else dying)? Or will Maximus be imprisoned forever? Will Crystal return to Earth and Plaid Dave, with Lockjaw joining her? Can Gorgon find a way to help his family? Will Maximus’ second Terragenesis reap any results or will it fail miserably? Join me next week as I recap the Inhumans finale, here on Geek Girl Authority.

Inhumans airs Fridays at 9pm on your ABC affiliate.

For this week's edition of F2P Friday, we dive into the "non-visual novel" game Kyle is Famous. Click below to read our thoughts!

Celebrate Thorsday with a new teaser showing off the team-up of the century for #ThorLoveAndThunder!

In this edition of Millennial Misremembers, we look back at Boy Meets World. Nearly 30 years later, does he live in the same world? Read on to find out!