While Zack Snyder may be unable to continue work on Justice League, he’s still proud of his DCEU. Case and point, he shared a behind the scenes photo from the set. From all the way back in October, he recently shared the picture on his Vero account.

In the photo we see that Aquaman has no one near him as he yells in agony to the sky. Hopefully it’s a victory yell rather than one in agony, though. Beside him is a rusted out boat and a beautiful landscape. According to Snyder’s comment – it’s Jason Momoa‘s last day filming in Iceland. And that remains to be seen, staring at the gorgeous mountains around him.

RELATED: Our First Real Look at the Amnesty Bay Lighthouse Home for AQUAMAN

Another thing worth mentioning is his stomach. Don’t get too pervy on me! While I’m unable to make out what exactly the design is, it appears he has matching tattoos up his torso. We were able to get a better glimpse of it in the trailers. Are they to mark his Atlantean culture or heritage? I’d be curious to know what they mean. We’ll soon find out in the film though. But it is an interesting thing to note! Thanks to Batman-News for pointing out the photo!

What do you think of the set photo below? Let us know! Be sure to come back to Geek Girl Authority for more Justice League news! 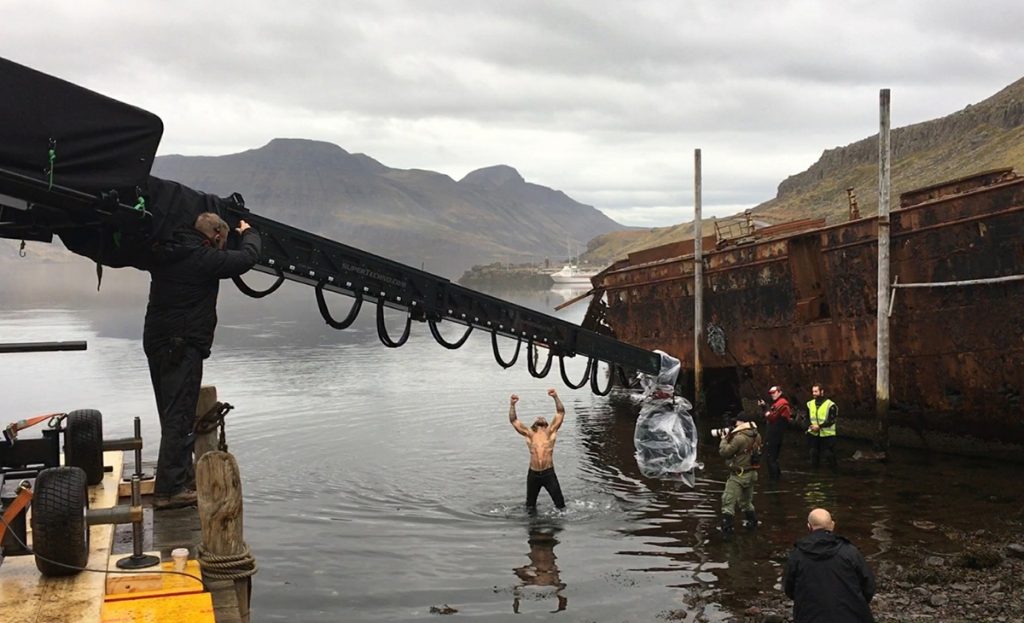