Z-Man’s Thunder & Lightning: Stormy With A Good Chance Of Fun 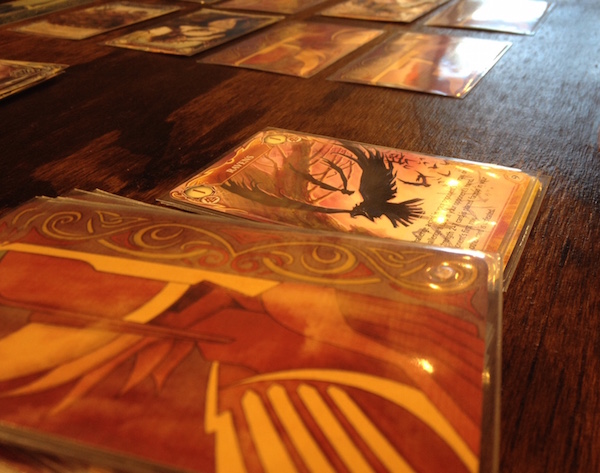 When I am looking for two player games, I usually am pulled toward the ones that are relatively compact, because I play them mostly when I’m on a trip or at a pub. Some of my favorites currently are Eminent Domain: Microcosm, 7 Wonders Duel, Brew Crafters Travel Card Game, and Mr. Jack Pocket. And while transportability is important, it is still not as important as solid strategy and plain old fashioned fun. So, I was curious to get my hands on the small box containing Z-Man’s Thunder & Lightning. T&L is designed by Richard Borg and is supposedly a redo of a game called Hera & Zeus, though I am not familiar with that game. T&L is a strictly two player card game where one player is Loki and the other is Thor. Each player has her own deck of cards from which to draw from. The art on these cards is wonderful. Somewhere shuffled in Thor’s deck is Odin’s ring and Loki’s deck contains Odin’s crown. Each player must protect his own item at all cost – since having it discovered costs you the game. 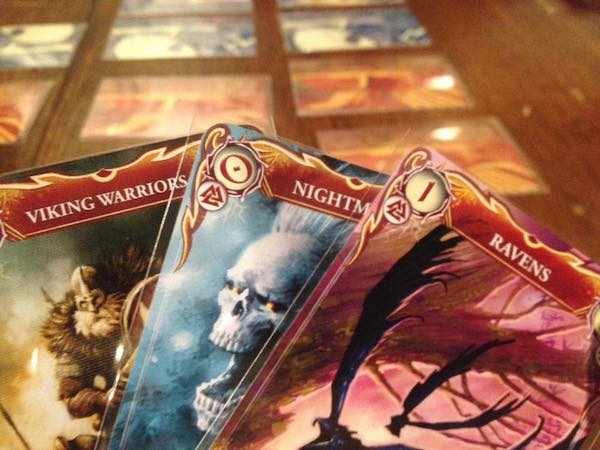 Players start with a hand of 9 cards and begin by placing 3 of those cards face down in a row. There is no board, so players form the battlefield by placing cards in 3 columns across, and 4 rows deep. So each player’s side can have no more than 12 cards played to it at one time. The goal of the game is to either destroy all cards on the opponent’s side of the field or to locate the other player’s special treasure (Ring/Crown). Players accomplish this by challenging cards (mostly) in the first row of each other’s battlefield. Some cards, especially Ravens, are designed to scout out the opponent’s cards by forcing them to be revealed. Other cards are either designed simply for brute strength when challenging the opponent, or contain language that breaks the rules and allows for cool actions that can really change the tide of the game. 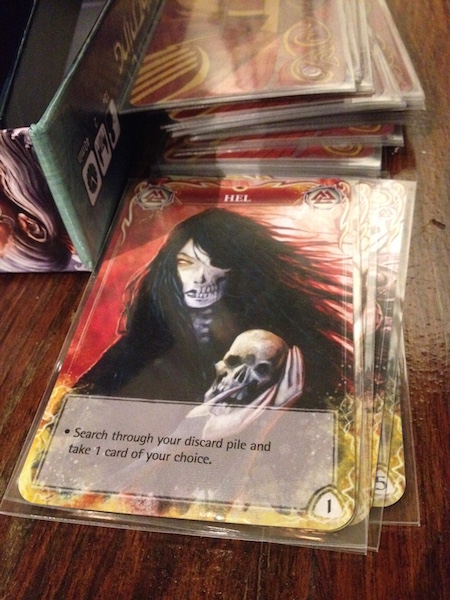 The thing that struck me after 5 plays is that because the player decks are so robust, each match takes on a bit of a different tone. Since your resources are handed to you as you draw from the deck, you have to keep adapting your strategy accordingly. This fits with the mythological theme – you have to roll with what the gods provide you. Sometimes it’s a bloodbath, and other times it is a cat and mouse game with players hiding their artifact in plain sight by placing it face down in the field of battle, where the opponent would NEVER expect it. (Except for the last game when I lost that way). 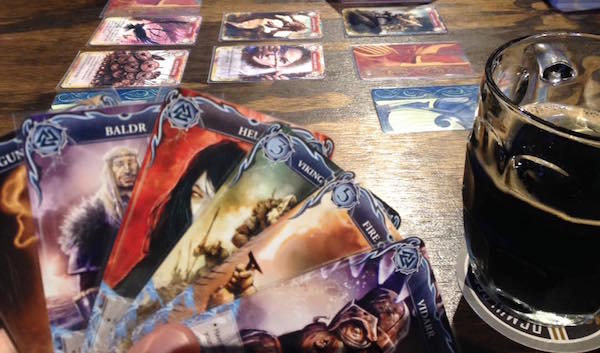 Thunder & Lightning feels epic in scope, even though it may take less than 30 minutes to finish a game. That is often difficult to accomplish, and Mr. Borg should be commended for that. The immersive nature of gaming is one my favorite aspects of the hobby and T&L’s theme, combined with excellent strategic choices and a new narrative every time, means that it will remain solidly in my collection. I spoke to Zeus and he says you should check it out, too. 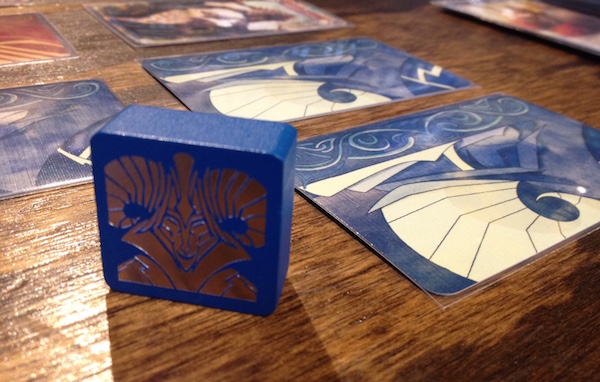 Thanks for reading and keep nerding on!

For this and other great games, check out www.dicedropgames.com