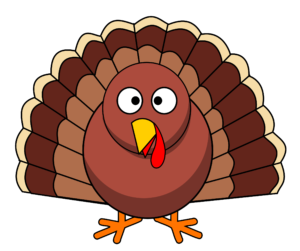 YouTube Thanksgiving video round-up time! The last Thursday in November is a holiday that tends to be eclipsed by the sugary shadows of Halloween and the looming merriment of Christmas, but thankfully (hah), the internet hasn’t let today slide. In honor of this year’s Thanksgiving, let’s look at five recent Thanksgiving YouTube videos and one not-so-recent video to whet our appetites for pumpkin pie and roasted turkey.

Buzzfeed: “Would you invite a stranger over for Thanksgiving”

Buzzfeed has been putting out Thanksgiving videos every few hours for the past week, and while I don’t have the time to cover them all here, let’s take a look at the as of now most recent one, “Would You Invite A Stranger Over For Thanksgiving?” In this video, Buzzfeed sends their clean-cut hipster reporter Zack into the middle of New York City to ask random strangers on the street if they would invite him to their houses for Thanksgiving dinner. At first, everyone is willing to do so, mainly because they’re clearly talking to a reporter. Zack admits this, saying “We think the microphone might have something to do with it,” and proceeds to ask other strangers without the microphone. Most are understandably wary, but a few do invite him over. One woman proclaims, “I want everyone to feel like they’ve got a place to stay for Thanksgiving and a family, even if they don’t have family nearby.” Just the kind of sappy feel-good experiment we expect from Buzzfeed. Watch it below.

College Humor: “Obama Pardoned the Turkey that Killed My Family”

College Humor is one of those channels that people don’t talk about as much as they should. Their surrealistic take on 90s nostalgia and procrastination were all the rage in the mid to late 2000s, and believe it or not, they’re still around. This week, they put out a faux action movie interpretation of the annual presidential turkey pardon. College Humor team member Trapp flips out when he hears that “Butterball” has been pardoned, immediately having flashbacks from the day that Butterball the turkey coldly massacred his family and immediately runs to the office stairwell. What follows is a hilariously overdramatic confrontation between Trapp and a fowl-mouthed puppet (see what I did there?) more suspenseful than most Thanksgiving football games. Watch it below.

Cinemasins: “Everything Wrong With Pocahontas in 11 Minutes Or Less

Last week, we talked to Lindsay Ellis about film criticism and spoke with her briefly about her first ever video review of Disney’s Pocahontas. Two days ago, the pedantic film critics behind Cinemasins put out their own take on Pocahontas, just in time for Thanksgiving. Both fans and haters of Disney’s semi-classic can appreciate their take on the historically inaccurate action-hero Adonis version of John Smith, the patently impossible stunts that would kill any non-animated actor, and Pocahontas’s flawless eyeliner as an indigenous American in eighteenth century Virginia. Watch it below.

As of the writing of this article, this video is #13 on YouTube’s trending videos page. This may not be your traditional Thanksgiving video, but it’s so bizarre that it needs to be on the list (and hey, what’s Thanksgiving without a feast)? Pixar’s Wall-E may be one of the greatest feel-good movies of all time, but in the great tradition of ruining childhood classics, Film Theorist MatPat talks us through “the dark secret hidden in the bowels [pun intended?] of the Starliner Axiom.” Watch below as he accurately if disturbingly points out that in a seven-hundred-year-old agricultural wasteland, those meals-in-a-cup still have to come from somewhere.

Hannah Hart’s “My Drunk Kitchen” is easily one of the most entertaining cooking shows on YouTube. Hart may not be the best chef out there, but her relentless enthusiasm and humorous faux-wisdom makes her channel as much of a must-see as anything on Food Network. As a Thanksgiving Day treat, she made a cherry pie while sloshed on “champagne, or as [she likes] to call it, ‘morning wine.'” Without measuring cups or half of the required ingredients, her result looks more appetizing than most of her previous efforts, but doesn’t appear to pass the taste test. But as she tells us, “Just because this pie is not the best pie doesn’t mean I didn’t put a lot of love, and time, and effort into it.” You may want to leave this recipe off of your Thanksgiving table, but don’t leave the video off your Thanksgiving playlist. Watch it below.

And finally, while we’re on the subject of cooking shows…