X-Men: Apocalypse Pic Shows Apocalypse and His Horsemen Walking Away from Explosions

Empire Magazine has released a look at their next cover, made only for their subscribers, featuring the titular villain of Apocalypse (Oscar Isaac) and his Four Horsemen: Storm (Alexandra Shipp), Magneto (Michael Fassbender), Archangel (Ben Hardy) and Psylocke (Olivia Munn). We see the team walking away from a fiery explosion like flippin’ champions, the steel “X” doors of Cerebro in flames, decimated. 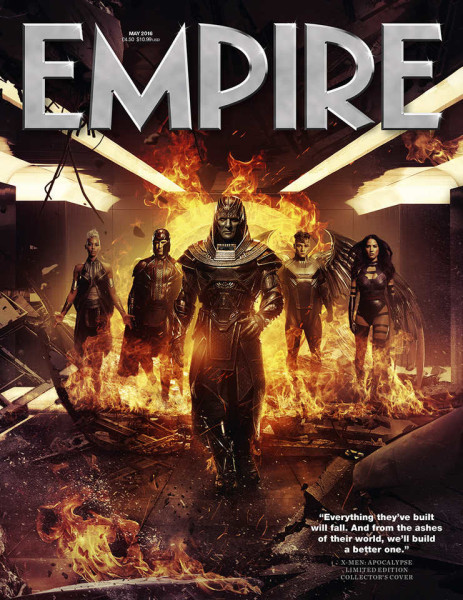 Sure, walking away from an explosion and not even caring is an overused trope, but c’mon, it’s still pretty much always awesome.

Along with this cover, we have nine other covers to choose from.

They all feature the main cast of the film, which includes —

Jennifer Lawrence as Mystique and Evan Peters as Quicksilver, 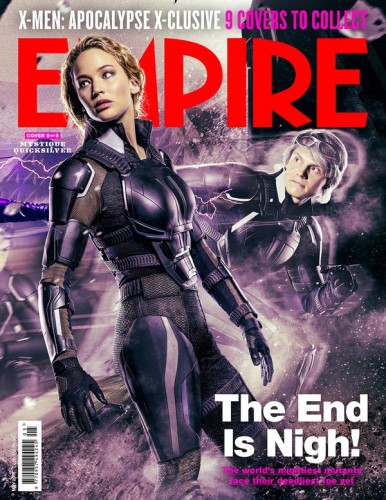 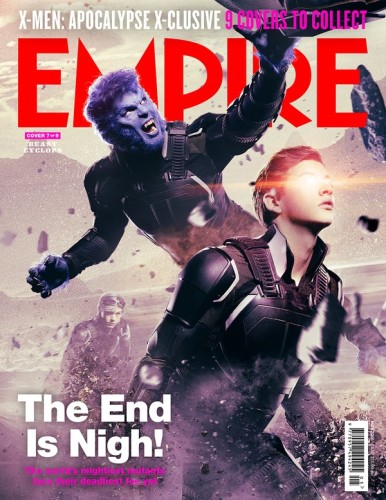 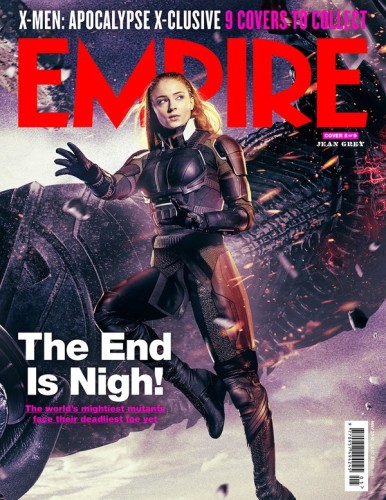 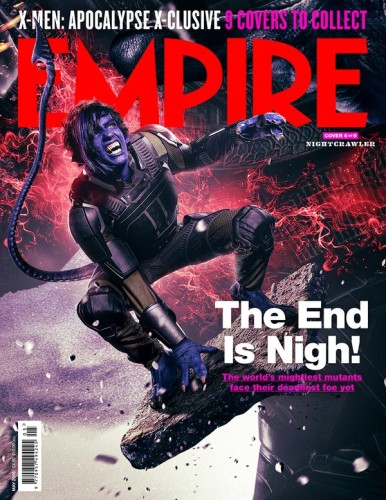 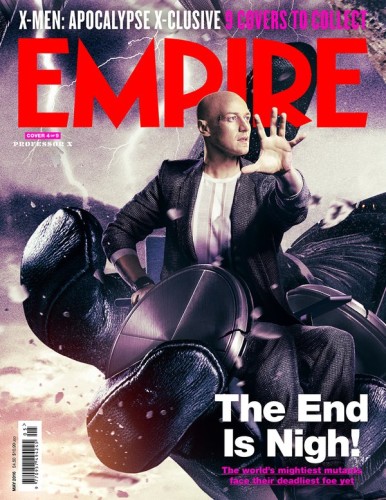 And, of course, Apocalypse and his Four Horsemen, 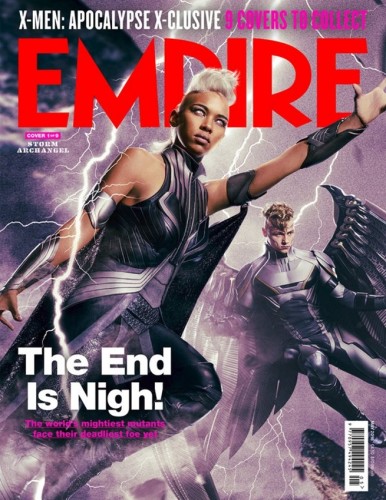 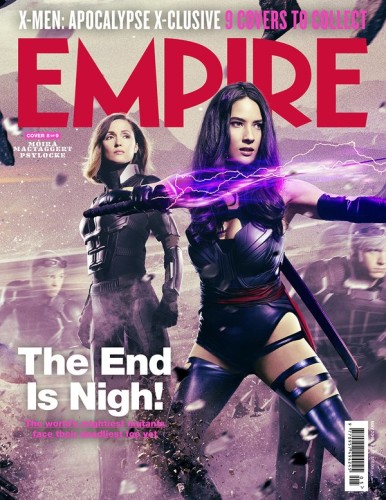 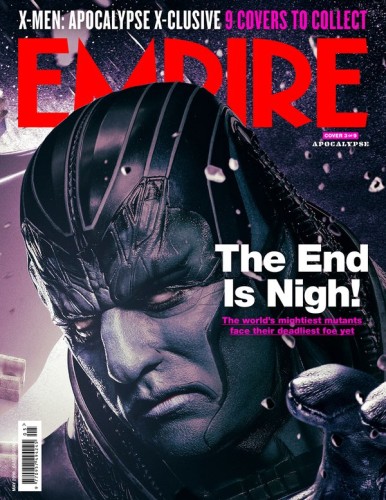 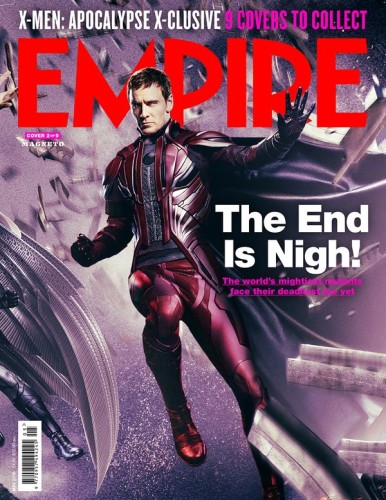