Home » The Daily Bugle » Wonder Woman’s Secret Identity and Job in Dawn of Justice Have Been Revealed!

Wonder Woman’s Secret Identity and Job in Dawn of Justice Have Been Revealed!

Batman v. Superman: Dawn of Justice is just a couple weeks away and everyone is gearing up to see two of the biggest comic book titans, Batman and Superman, throw some punches and fight each other.

With the two names in the title so prominent, it’s sometimes hard to remember that Wonder Woman will be making her big, gigantic, cinematic debut in this film, played by actress Gal Gadot. 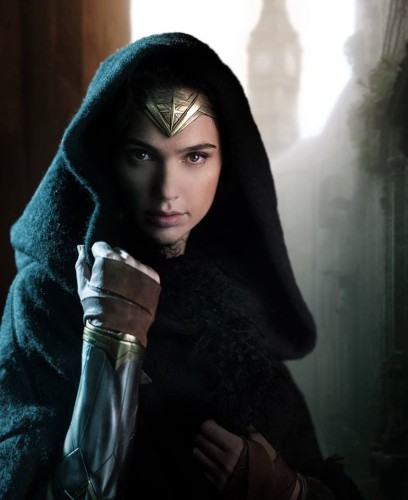 Princess Diana of Thymiscira, the mystical Greek island populated entirely by Amazonian demi-goddesses, has remained entirely hidden from all of humanity and is long-ago forgotten. However, Diana eventually learns of the new plights of humanity during an exchange with a WWI pilot, Steve Trevor (Chris Pine), and decides that her society can no longer remain on the sidelines of the world.

Adopting the mantle of Wonder Woman, Diana engages the world as a super hero, using her superior fighting skills and powers to keep the world as safe as she can.

But, living in our world, she needs an alter-ego and a job and now, thanks to an Instagram post on WonderWomanBr, we’ve got a possible lead on just what that might be.

The good folks at Comicbook.com translated for us.

“The world’s first and foremost female Super Hero, Wonder Woman at once embodies the unrivaled force and supreme grace of a born warrior, and the genuine compassion and understanding of a true humanitarian. As a symbol of equality, power, and truth, her natural confidence and unmistakable intelligence make her an unequalled, if unexpected, ally.

The immortal Amazonian Princess Diana keeps her eyes and ears open for intrigue as the beautiful and mysterious antiquities dealer, Diana Prince.”

There you have it — a mysterious antiquities dealer named Diana Prince.

Makes perfect sense as, honestly, she’s probably got unrivaled access and a very specialized knowledge in the field.