WILL Recap: (S01E05) The Marriage of True Minds

Will opens on a sleeping Shakespeare (Laurie Davidson). He hears voices. He tells himself to write Topcliffe’s (Ewen Bremner) play. However, his tension is short lived as Alice (Olivia DeJonge) drops into the shot, kissing him passionately. They can’t keep their hands off each other. The moment is a sweet one as they continue the kiss. Shakespeare looks up at Alice in awe, proclaiming his love for her. Finally, he feels truly happy. However, the moment is interrupted by the arrival of the inn keeper. A visitor arrived downstairs for him.

Suddenly, Shakespeare hears a familiar sound: the voices of children. What comes with children? His wife! Will can barely hide his annoyance as he finds Anne Shakespeare waiting for him outside. Luckily, Alice is no dummy, and quickly leaves him alone.

There’s a clear divide between Will and Anne. They barely manage to converse with each other while they move through the sights and sounds of London. Their relationship seems merely a facade for the benefit of their young children.

RELATED: Check out our recaps of previous Will episodes, here. 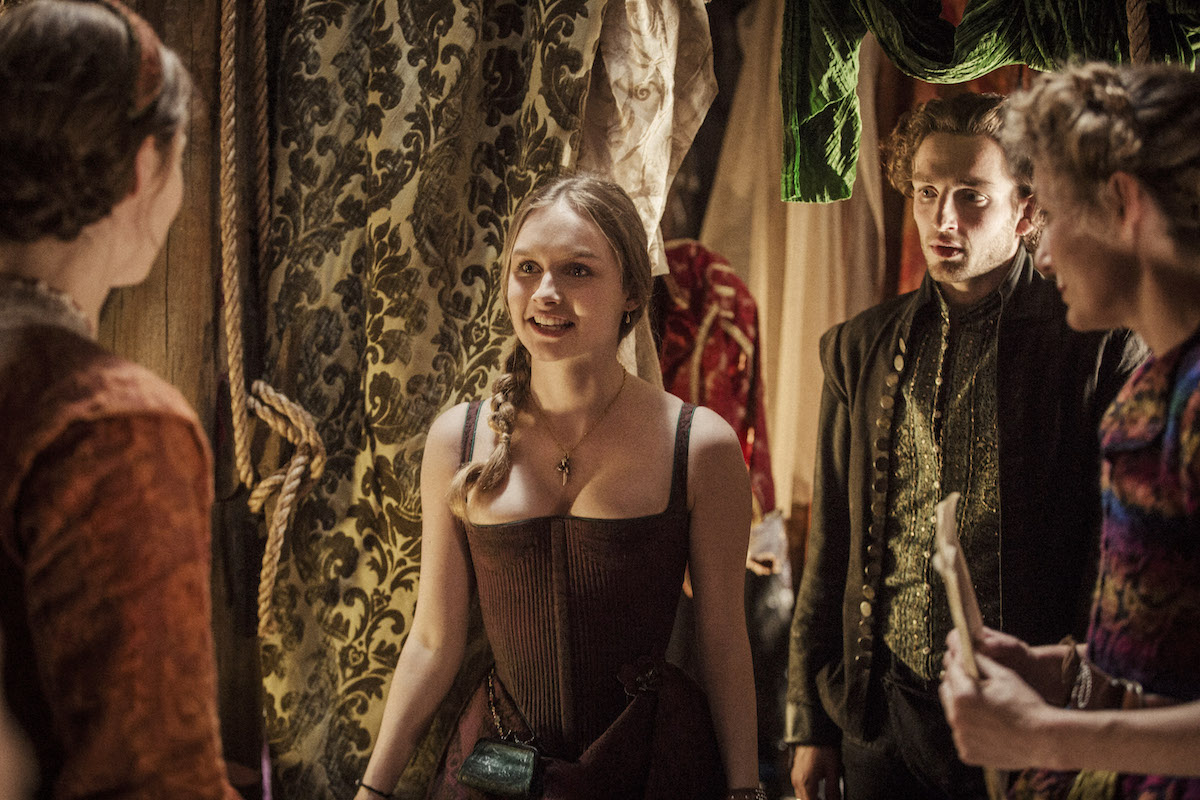 Later, Will and Alice are thrown further for a loop as Will’s wife and children find their way into the Burbage’s theater. These two sides of Will’s life should not be coming into contact. The moment is an uncomfortable one, and guilt overwhelms Alice.

While Will is hard at work, Anne works to clean her husband’s bachelor pad. However, she discovers a long blonde hair in his bed as she straightens the sheets. Could her husband be cheating on her?

Meanwhile, the plucky orphans are back. When Presto (Lukas Rolfe) is caught wearing a dress that belongs to the Burbage theater, he’s brought to face the acting troop. However, he immediately zeroes in on Shakespeare, and the young boy uses Will’s secret identity to his own advantage. Desperate to keep his religion under wraps, Shakespeare brings the boy on to help at the theater.

Later, Marlowe (Jamie Campbell Bower) is busy indulging the darker sides of his personality. His flat is littered with wine, drugs and a fairly large pentagram. One of his friends attempts to stop the worrisome scene, and cries out, “You can get yourself killed!”. Marlowe has the man forcefully escorted outside, “That’s the point!”.

Across town, Will returns home to find his wife and children still there. He shares an adorable scene with his son Hamlet (lots of foreshadowing there). However, as he sets to work, his wife asks him about Alice. Is Will sleeping with her? Does he love her? When he’s unable to deny the fact, she kicks Will out. 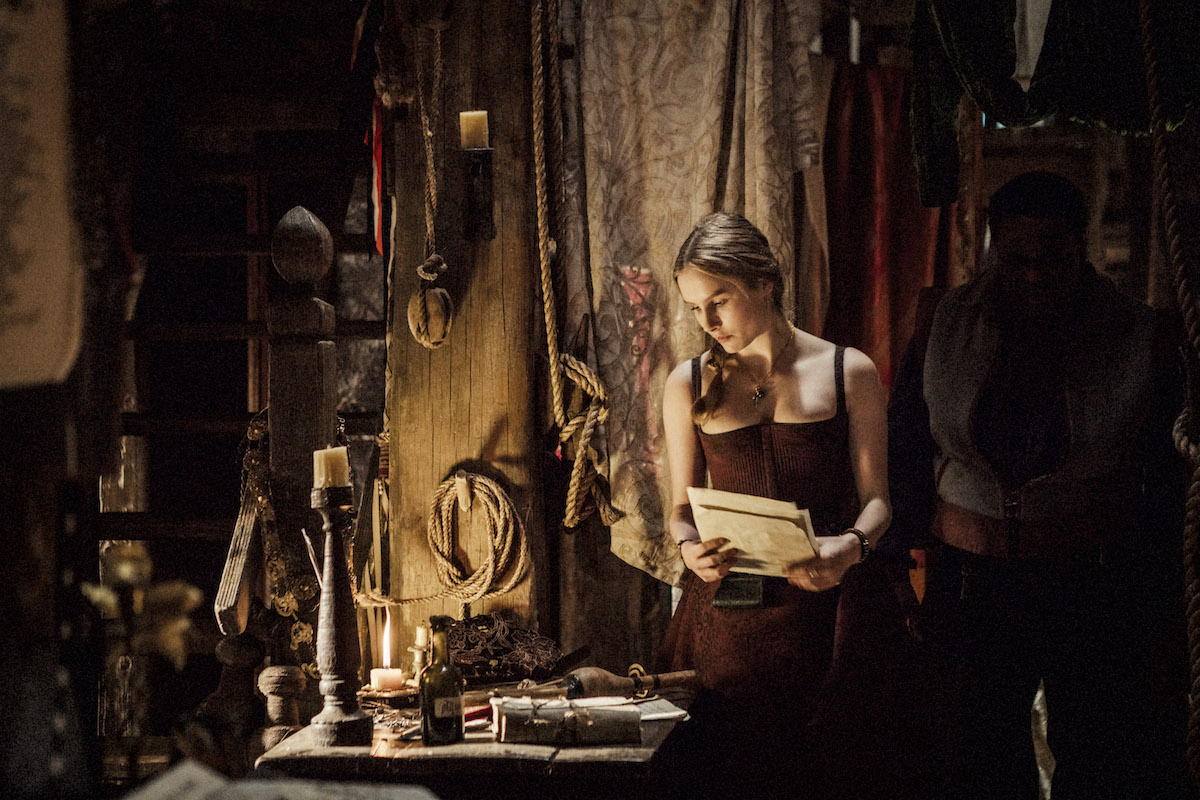 Later, Will returns to see Topcliffe. He doesn’t have the anti-Catholic play Topcliffe tasked him to write. Instead, Shakespeare pleads his case, describing himself as simply a lowly populist. He can’t create something smart and popular. It’s above his skillset. However, the moment barely distracts Topcliffe, who is struggling with an anti-Catholic rhyme. He needs to break a hidden message to finally take down Southwell (Max Bennett) and his followers.

Will barely beats Topcliffe to the Southwell’s safe house, and just warns his cousin as Topcliffe’s men inspect each room. As Will and Southwell hide on the roof, Topcliffe forcefully interrogates the family left inside. The young father is led away in chains. His wife and young children sob in the streets. Will barely restrains his emotion at the sight. How can Southwell simply watch as families are torn apart for his cause?

Visually shaken, Will returns to Alice hoping to call things off. While she can’t believe he would cast her aside for a miserable life with his wife, Will insists he can’t put his children through such pain. However, as he later returns to make peace with his Anne, Will realizes he can’t face this life either. He can’t provide Anne what she needs.

Meanwhile, Marlowe sits in a pit as men bury him. He closes his eyes as hole fills with dirt. He slips into a hallucination, loosing his already tenuous grasp on reality. 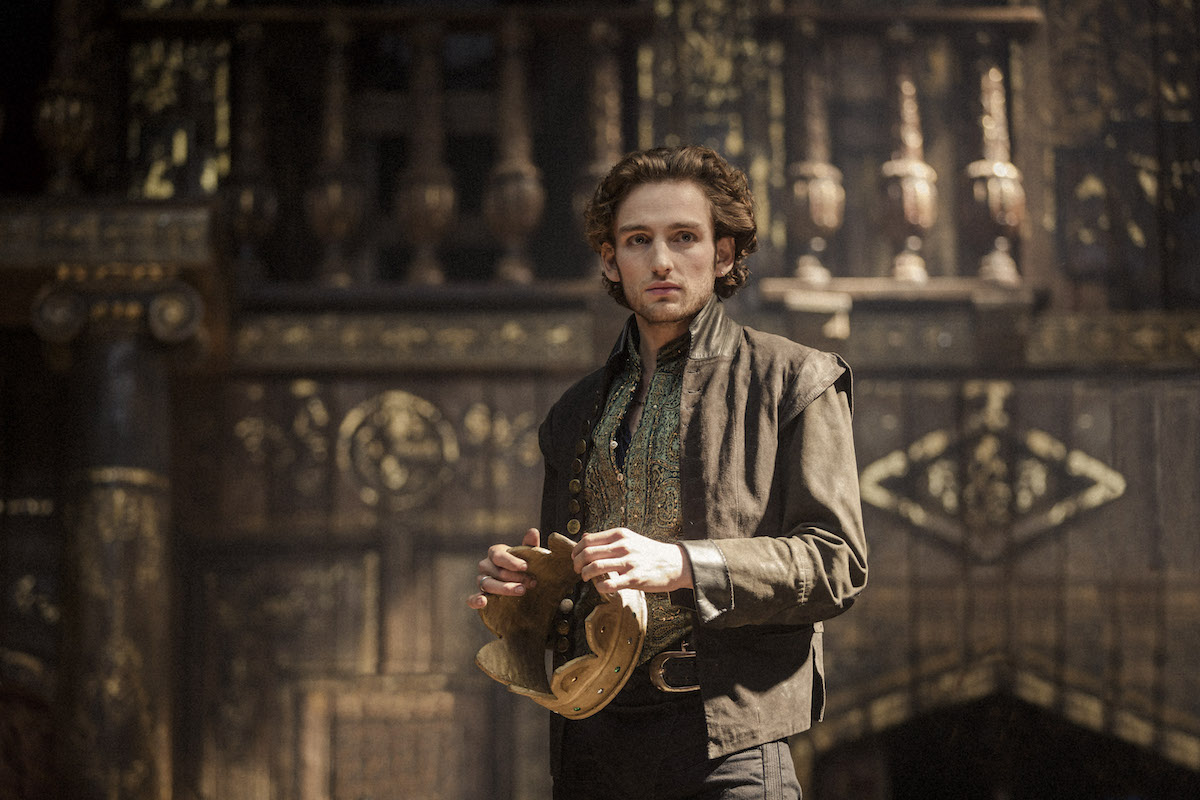 At the same time, Shakespeare sits alone in the theater, struggling brutally with his own demons. He stands up as Alice enters. She approaches him quickly. Alice knew of his marriage from the start. She can’t judge him for this decision. However, there’s one problem. Shakespeare is ready to return to Stratford.  She begs him to stay. She needs him in London to help her make the Burbages’ theater great again.

The episode comes to a close as Will returns to Anne. He faces her bluntly. He must write, and he needs to stay in London. However, he’s emotional as he asks her to stay with him. They need to be a family. As Anne looks over her husband, with their three children excitedly hanging from his clothes, a smile spreads across her lips.