Will opens in mid montage. William Shakespeare (Laurie Davidson) throws on his clothes, feeling like a million… pounds. He’s young, good-looking, and becoming more successful by the day. Not only that, he’s in love.

Will runs off-stage as rousing applause sounds behind him. He practically falls into Alice’s (Olivia DeJonge) arms. The young couple are smack dab in the honeymoon phase, and can’t keep their hands off each other. However, there’s one small complication. Alice’s mother is still dead set on marrying her off.

Related: Check out our previous Will recaps, here. 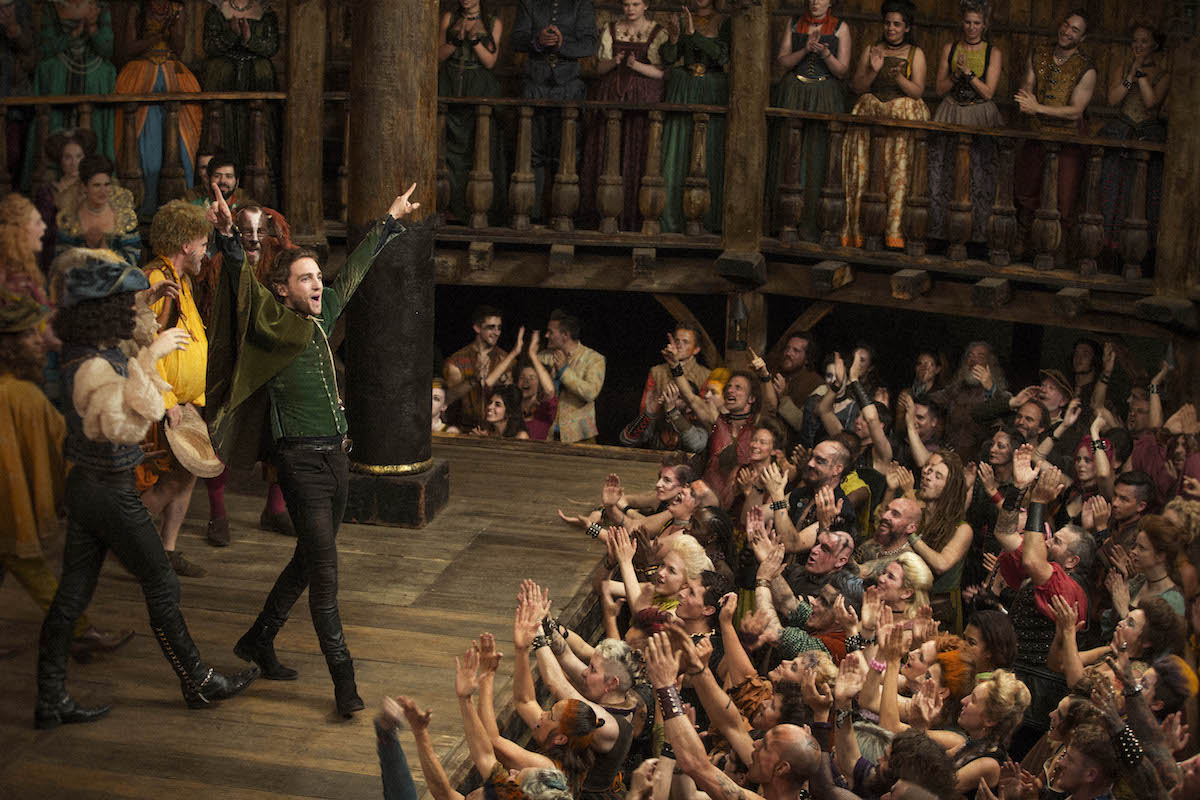 At the same time, Shakespeare finds himself trapped between the metaphorical rock and a hard place. He’s a fine writer, and is becoming quite known “among lovers of theater”. But, his cousin Robert Southwell (Max Bennett) points out that the violent attacks on Catholics are growing by the day. Shakespeare doesn’t react as his cousin challenges him. He needs to support their cause. Will decides to read Southwell’s Treaty to the Queen. He is family, after all.

Meanwhile, Lord Topcliffe (Ewen Bremner) continues his hunt of Catholics around London. In a number of cringe worthy moments, he tortures a man brutally with a fishing hook.

Drowning in work, Shakespeare finally takes a break. Stepping outside, he bumps into Marlowe (Jamie Campbell Bower), who is rocking some amazing guy-liner. Marlowe proclaims that he is taking Will to a party. When Will tries to bow out gracefully, Marlowe insists he bring his friends along. He’s not letting Will out of this that easily. 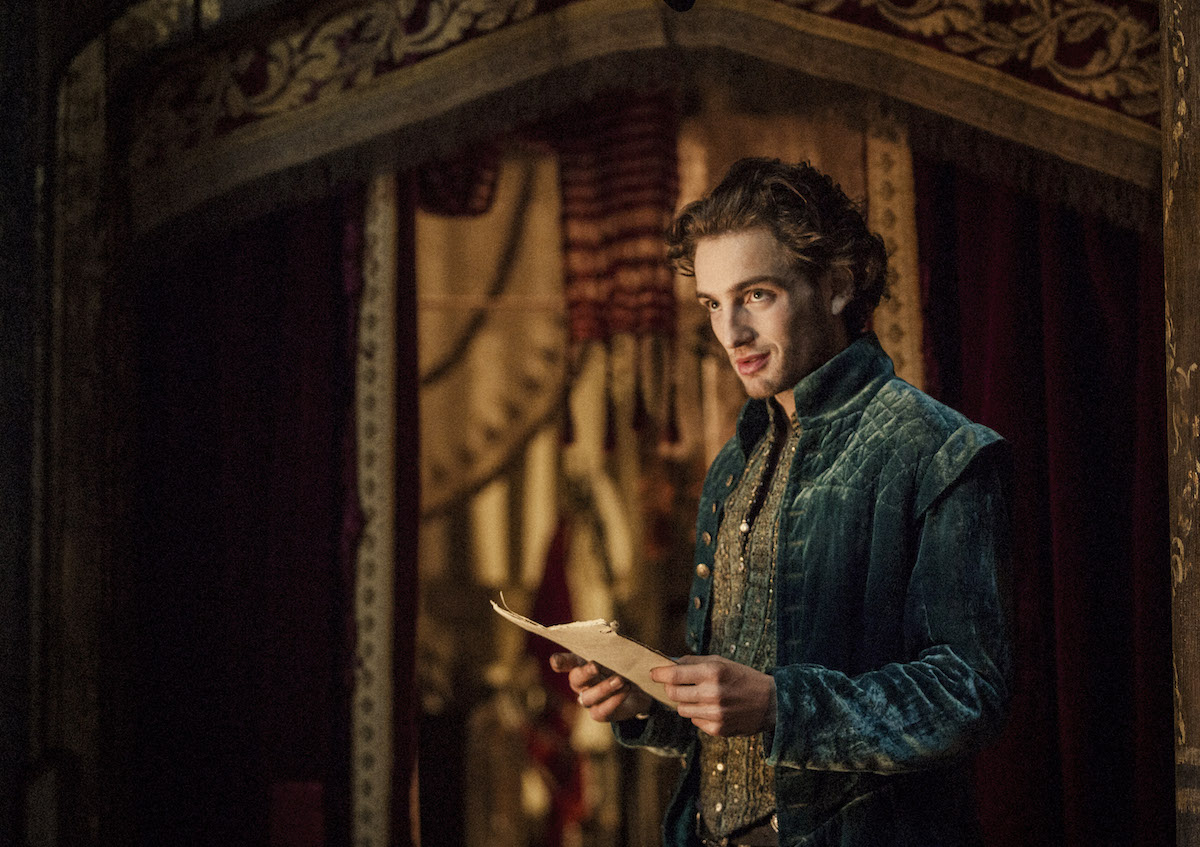 Later, Shakespeare, Marlowe and company enter the rollicking Elizabethan party. This is a show business scene, and while Will’s friends are visibly bored, Shakespeare is having the time of his life. He looks around confused as Alice storms off. She doesn’t like being ignored.

However, Will isn’t alone for long. Marlowe quickly sneaks up behind him. They’re going to the real party…

Marlowe takes Shakespeare by the hand, and leads him upstairs. It turns out, this is where London’s elite literary circle convenes. Francis Bacon sits on a throne as a young man fawns over him openly. Meanwhile, a bored looking Sir Walter Raleigh hovers near-by. It seems he just circumnavigated the globe in a “little wooden boat”. They find themselves involved in a secret ceremony, and it only takes a little peer-pressure from Marlowe for Shakespeare to smoke a mysterious herb. 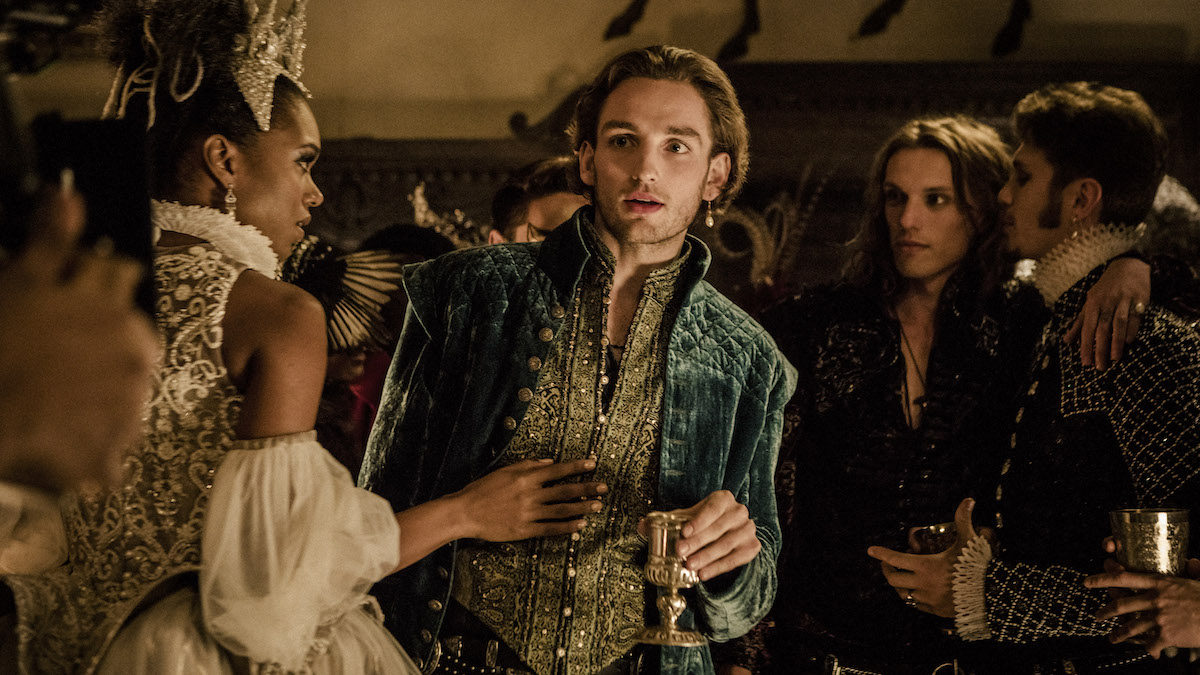 The scene plays a bit like a pretentious high school party. A conjurer stands on-stage, manipulating a strange blue flame. A second man looks into the fire, and suddenly makes a startling display of speaking in a foreign tongue. However, Shakespeare and Marlowe are young and brash. They promptly announce their intention to look into the flame. Unfortunately, Shakespeare just as quickly finds himself trapped in a brutal hallucination. It might be the weed, it might be the blue flame, but he’s suddenly reminded of the violence surrounding him, and the overwhelming guilt he feels. He sprints from the room in terror.

Alice bursts into Shakespeare’s apartment to find him struggling to burn Southwell’s treaty. She quickly puts out the flame, but not before she reads some of the document. Will’s foggy mind barely allows him to defend himself as she fiercely questions him. How could he put her family in danger? He stammers as she orders him to leave her family alone.

Later, Shakespeare visits Southwell. Will decides he’s made up his mind. This isn’t his fight. He won’t take up the cause. However, there’s noted tension between the cousins. Southwell hits Will deep when he accuses him of running away when things get hard. How can he turn his back on his family’s cause?

Across town, Richard Burbage (Mattias Inwood) is sulking. It seems Shakespeare broke his nose during his bad trip. And being an actor, his face is his instrument. Shakespeare enters to apologize, and after a slight scuffle, the two men are friends once more. However, Will quickly leaves as he learns that Alice agreed to marry the “beer man”. He must stop her.

At the same time, Alice is trapped in an awkward dinner with her betrothed and his mother. Things grow even more difficult as Shakespeare scales the window, pledging his ever-present adoration for Alice. He can’t loose her. However, it seems Alice isn’t won over. She hastily shuts the window, choosing instead to return to dinner. 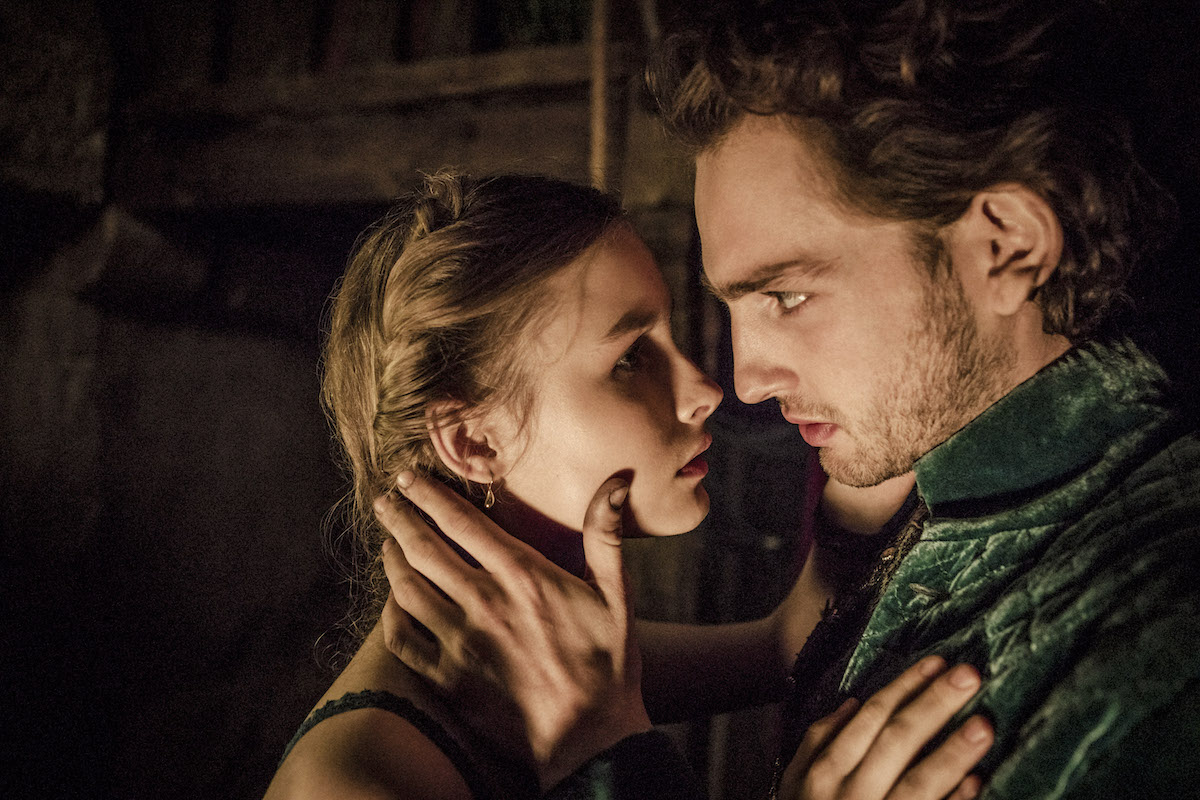 Later, Will, Alice and Richard once again meet at the theater. There is a play to rehearse. Alice and Shakespeare once again show the spark between them. Things seem once again as they were. However, the idyllic moment is violently interrupted by the arrival of Topcliffe’s men. They demand Shakespeare accompany them. Is Will under arrest?

While Alice pushes Will to flee through the back door, he doesn’t listen. Rather, he decides to face his trouble. Will is not going to put the Burbage family in any more danger.

However, it seems more is on Topcliffe’s mind than the usual torture. He sits across the table from Shakespeare, and the two men talk quietly. As the scene builds to a conclusion, it seems Topcliffe wants Shakespeare to write him a play. It is to be an anti-Catholic attack on the papacy. As the ending credits roll, can Shakespeare do this to his family?