Will opens in a dark room. The young playwright (Laurie Davidson) lays in bed, trapped in a nightmare. In his memory, Baxter (Tadhg Murphy) dies over and over again. A voice suddenly cuts through the darkness, “Are you a sinner, or are you a priest?”.

Later, a shaken Will waits on a doorstep. A gruff looking man bursts through the door, forcefully pinning Will to the wall. The young man responds quickly. He tells them to grab the rosary from his pocket and smoothly recites a Latin verse. However, the men don’t seem to listen, and throw a bag over Shakespeare’s head.

There’s a moment before Will finally regains his bearings. A young man stands in front of him with open arms, “Cousin!”. This is Robert Southwell (Max Bennett).

Later, Will sits inside a dark room, hunched over in confession. His voice breaks with pained emotion while he recounts the events of the previous two episodes. The lust, the desire, the man dying in his place… it’s been quite the sinful few days. Will looks up as he is told to recite 15 Rosaries.

It turns out, Will’s family runs a large pro-Catholic operation in London. Robert talks excitedly to Will, describing the perils practicing Catholics face during this time. In fact, Robert is a champion of “the one, true religion”. However, the young man can barely believe his ears when Will stops him. William Shakespeare just wants to write.

Related: Check out our recaps of previous episodes of Will, here. 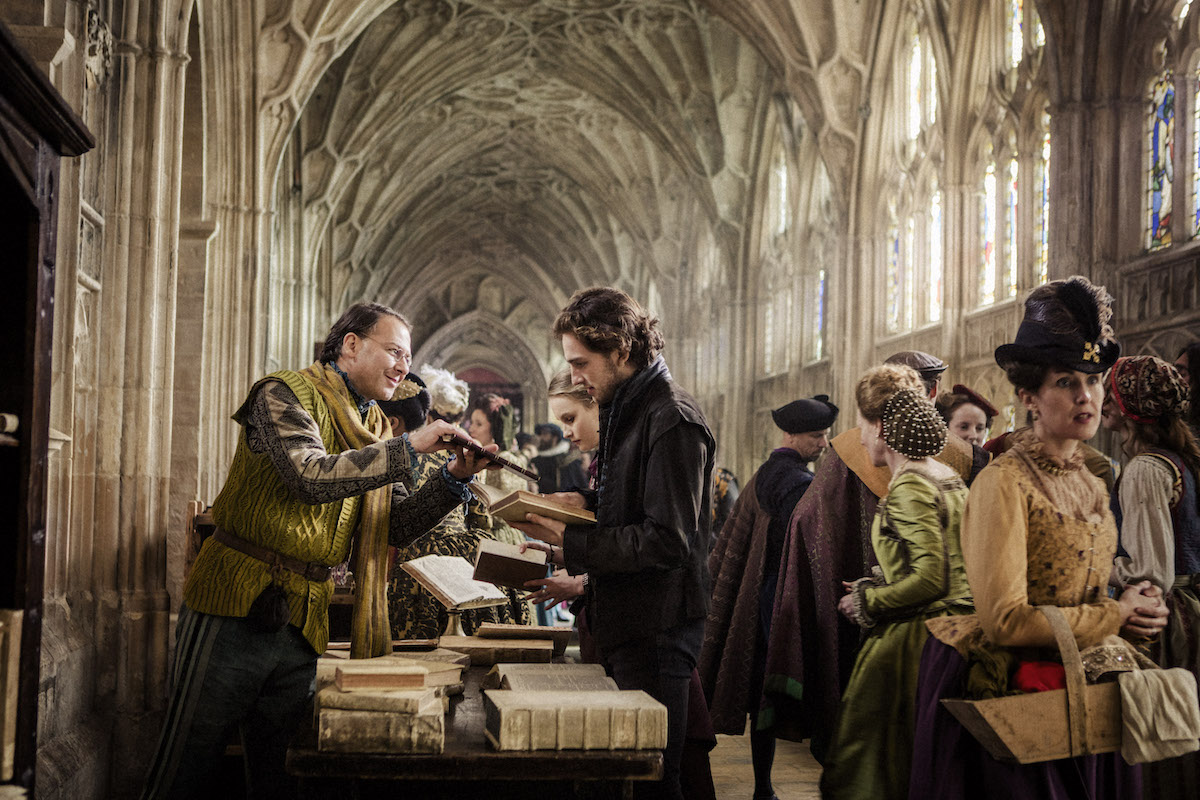 Later, Will sits in his room, busily pouring over his manuscript. A look of glee crosses his face as he re-reads his work. It’s brilliant! However, the arrival of the tavern keeper (Lorraine Bruce) interrupts his peace. There are chamber pots for Will to empty.

Unfortunately, Will’s feelings of glee are short-lived as he takes his play to the theater. What he saw as brilliant writing is met with mocking and disdain. Unable to push his authorly pride aside, Will storms from the room. 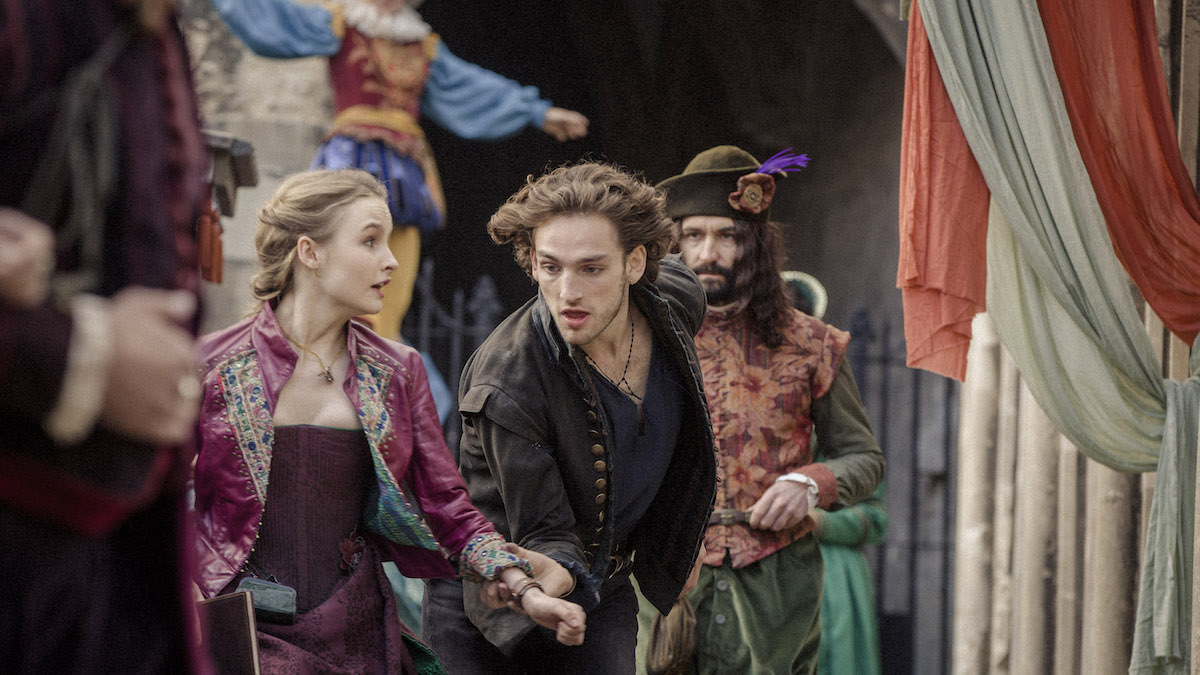 Later, Shakespeare paces his room, pouring over his own draft. However, he can’t shake his self-doubt. The voices in his head come back. Should he even be here? Is he a bad husband? Just when things seemingly can’t sink any lower, the tavern keeper bursts in. She’s done waiting for the rent…

Shakespeare looks around as he trudges through the dark London streets. Will stands ankle deep in mud, the pouring rain soaking through his clothes. He bumps into Marlowe, but the two men once again butt heads. Marlowe continues his uncanny ability to read Will like an open book, and it frustrates the heck out of him.

With nowhere else to go, Will runs to his family, and Southwell immediately takes him in.

Later, Shakespeare returns to the theater, hoping to plead his case to Alice Burbage (Olivia DeJonge). Her annoyed veneer quickly vanishes, and things are once again, comfortably as they were.

However, unbeknownst to Alice, a fate worse than death waits for her… marriage. While she pours over yet another draft of the play with Will, her mother meets with a rather pompous aristocrat. She hastily promises her daughter’s hand to the man and his over-bearing mother. 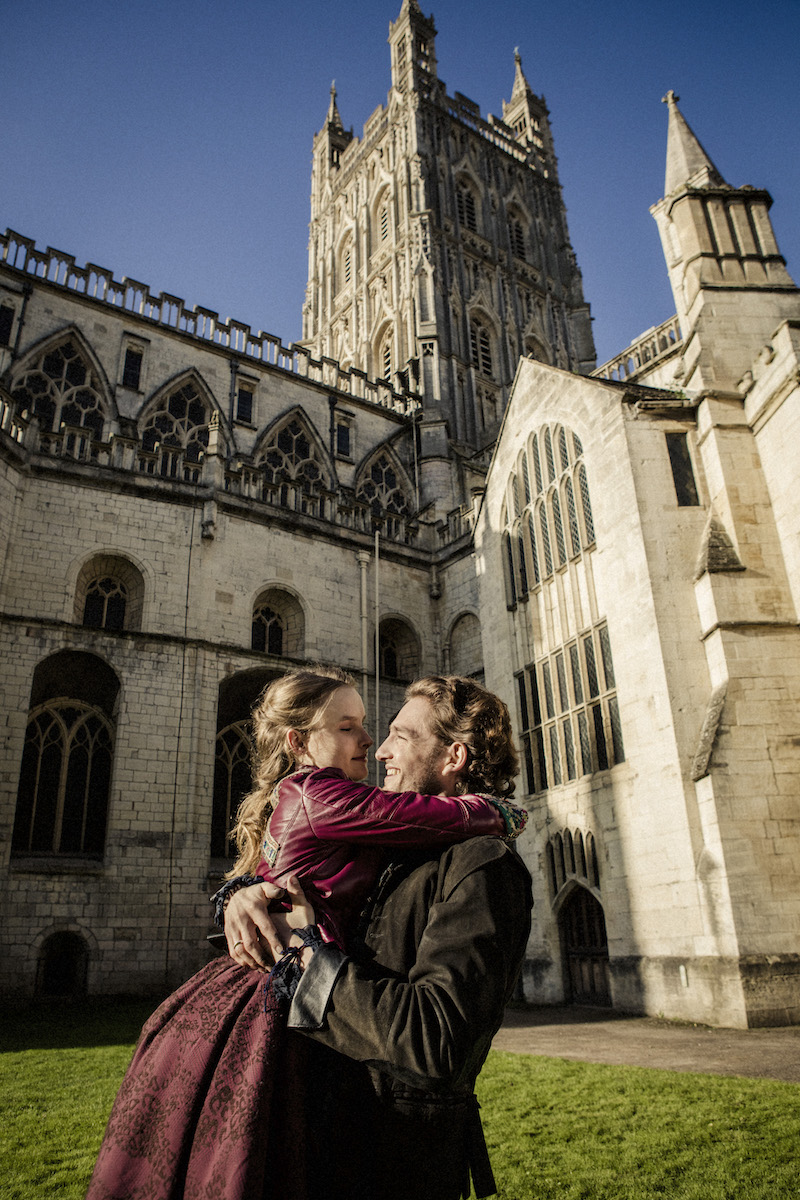 While Marlowe continues to snoop through Shakespeare’s personal life, Will and Alice are hard at work writing. The chemistry between the two brims with adorableness as they craft his next play. He watches her with with puppy-dog eyes as they work, the play improving quickly. Shakespeare’s wife seems to be an increasingly distant memory with each passing line.

However, Will and Alice make the mistake of falling asleep, and wake to the pain of her father (Colm Meaney) kicking him squarely in the ribs. After some fast talking, the young couple is finally able to convince him that not only did they not sleep together, but also to listen to Shakespeare’s play: Two Gentlemen of Verona.

Luckily, Shakespeare’s play is a hit with the actors, and the struggling writer is finally paid for his work. While it isn’t the five pounds he was hoping for, he’s pleased. It will have to do. 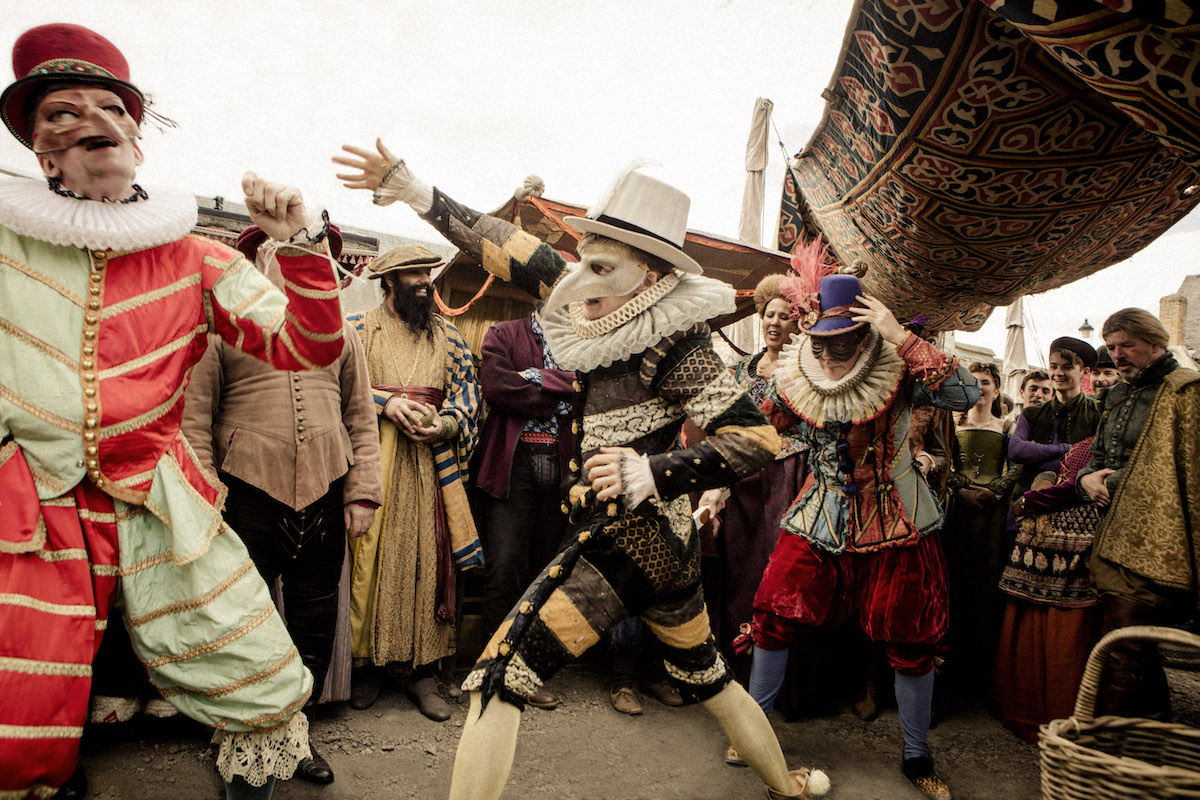 While Will is hard at work on the play, Topcliffe (Ewen Bremner) raids the Southwell residence. Could Marlowe have given away the Catholic’s location?

Meanwhile, Shakespeare stands triumphantly on stage. The play is once again a hit. At the same time, Marlowe is in mid-orgy. Men pile on top of him as he talks of his double-cross. While he did give Topcliffe the location of Southwell’s safe-house, he also warned them of the impending raid. He looks up at the men hovering over him, “Come on boys, inspire me!”.

As the final credits role, Shakespeare is once again alone in his room. He opens the door to find Alice waiting for him. They barely speak a word as they fall into each others arms. The music cues up as they move towards the bed…