Will opens at a nervous dinner table. Baxter (Tadhg Murphy) trembles in fear as he reads an incriminating letter to Topcliffe (Ewen Bremner). However, Baxter doesn’t know anything. He’s not the man they’re looking for. However, the emotional denials mean nothing to the evil Topcliffe, who watches silently as Baxter is pulled away from the table screaming. They’ll receive the answer they need, one way or another.

Meanwhile, Will (Laurie Davidson) lays in bed. There’s a giddy smile on his face as he reflects on his previous theatrical triumph. He stands up and makes his way through the empty theater. Stepping onto the stage, he recites lines quietly to himself. The speech is from Romeo and Juliet. He suddenly looks up as Alice (Olivia DeJonge) emerges from the darkness. The two talk quietly, the sexual tension grows with each line they exchange.

Related: Check out our previous Will recaps, here. 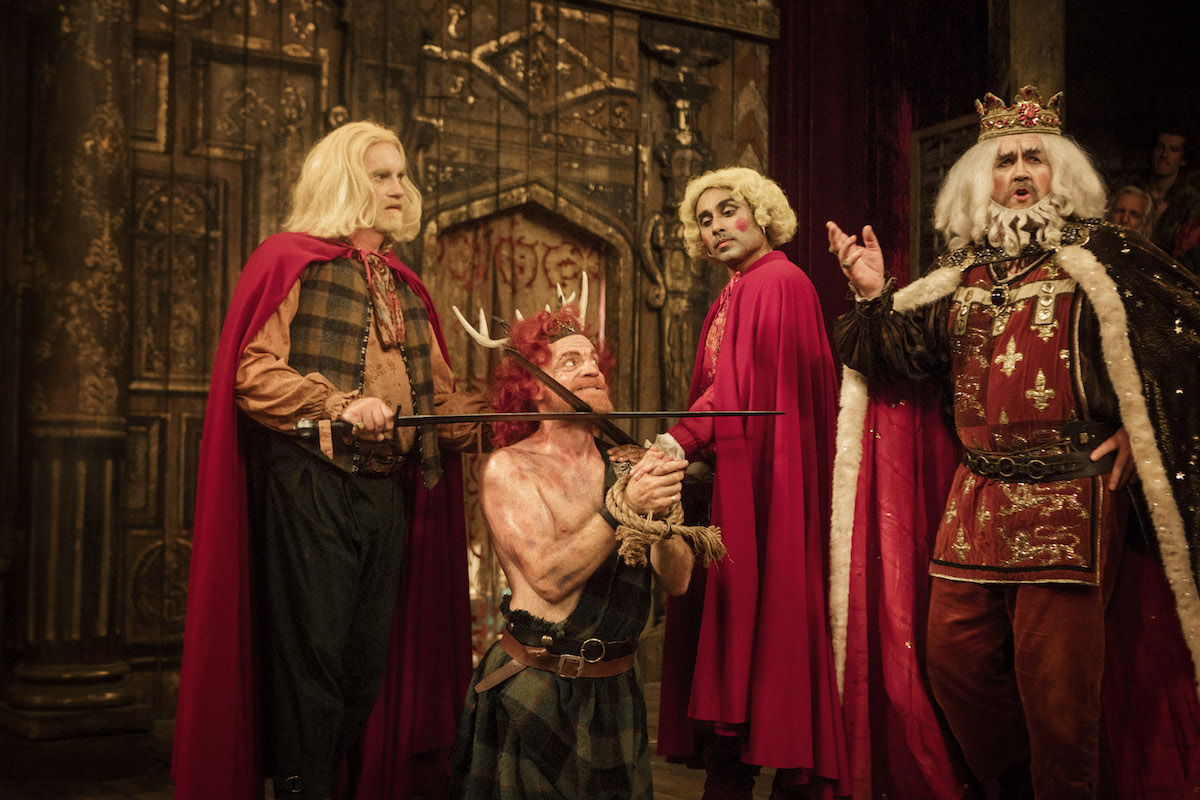 While the political and religious drama builds in London, Shakespeare only has eyes for his work. He watches anxiously as his play is butchered by the actors. After all, he is simply the writer. What does he know? This matter is made depressingly clear when Shakespeare is paid a paltry five pence for his work writing the play.

The brooding playwright vents his frustration to James Burbage (Colm Meaney). However, the older man throws down a challenge for Shakespeare. If Will can bring Burbage a good play, he’ll pay handsomely for it. Will hurries off… he still hasn’t rented a room. He needs writing space.

Meanwhile, Alice stumbles into a bit of information she’d rather not learn. One of the theater assistants tells her that he witnessed Marlowe cutting Baxter with a knife before the actor was taken prisoner. What could this mean? 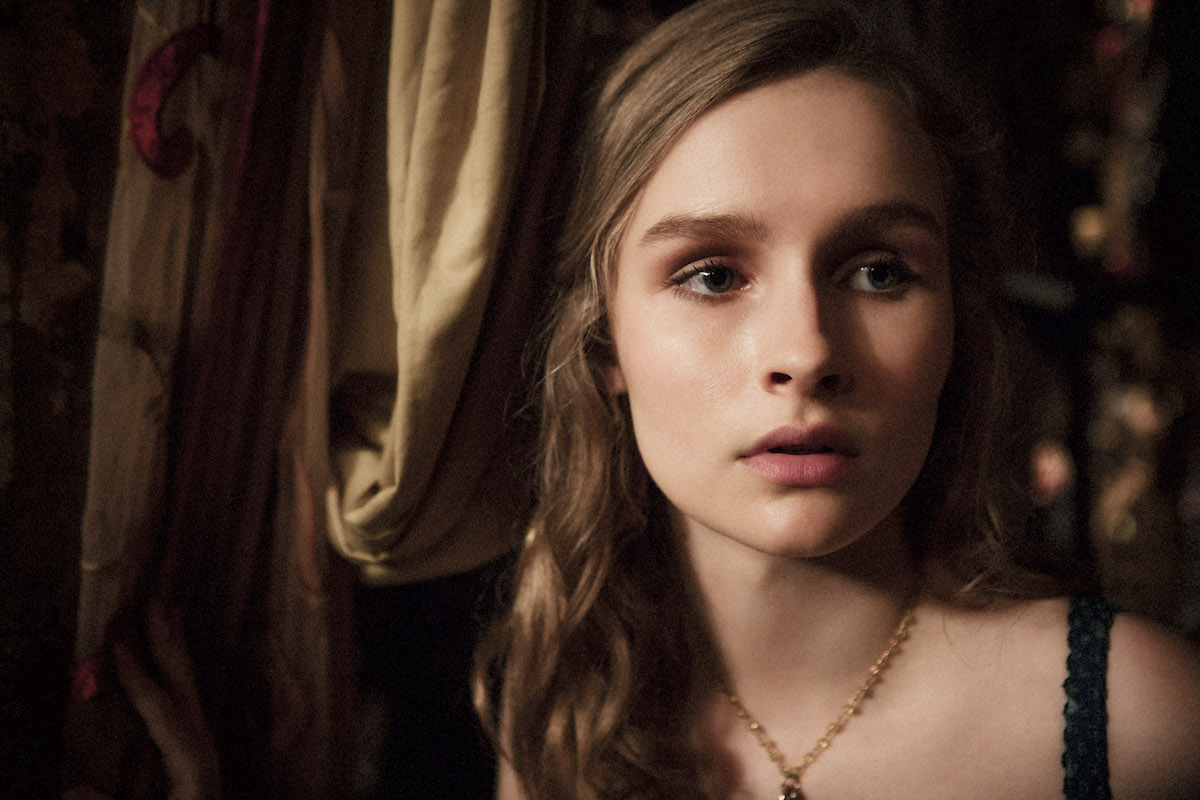 Later, a troubled Alice goes to visit Will. She demands to know how he cut his hand. Could Will have somehow framed Baxter? She looks up at Shakespeare, “Are you a spy? A Catholic?”. He turns away from her, a pained look crosses his face. “The less you know, the better”. However, he finally admits the truth to her. He is a Catholic.

Across town, Baxter is once again being tortured as Topcliffe watches with a disinterested sneer.

Bothered and on-edge, Shakespeare leaves to see Marlowe (Jamie Campbell Bower), who is once again sitting in a pub. The two men face off hotly. “Why did’st thou cut Baxter?”. Marlowe finds himself briefly taken aback. In fact, Shakespeare can thank Marlowe for his life. He admits to Will that he sees greatness in him. However, the solution is simple. If Will is truly bothered by Baxter’s fate, he must only tell Topcliffe himself, and everything will be remedied.

However, the situation seems even more complicated than that. Marlowe explains his logic. He tells Shakespeare that Topcliffe was denied a warrant in his search for the mysterious Catholic. Once he realizes Baxter knows nothing, he’ll set the man free and there will be no more trouble. However, if Shakespeare confesses he will be tortured, and there’s no telling who Topcliffe comes after next…

Later, the two men return to Marlowe’s house. In a scene pulsing with heated tension, they circle each other. They discuss morality, values, freedom. Suddenly angry, Shakespeare runs at Marlowe, knocking him to the table. There’s a beat as Marlowe pulls the stunned Shakespeare into a kiss. The young playwrights hold onto the moment for a beat before Shakespeare suddenly pulls away, and storms from the room.

Meanwhile, Topcliffe still finds himself struggling to get the information he needs. However, he takes the torture one step too far. As Baxter seems finally about to break, he begins to seize and cough up blood. There’s a moment of terror in Baxter’s face as he dies.

Shakespeare finds himself shaken as Topcliffe’s arrival ruins a peaceful day at the theater. A gasp echoes through the large room as Topcliffe dumps Baxter’s body onto the stage. This could be worse… at least he wasn’t drawn and quartered. As the players struggle to comfort the man’s grieving wife and children, Shakespeare storms from the theater, leaving a sense overwhelming melancholy behind him.

Meanwhile, James and his partner Kemp (William Houston) sit together in their offices. Money is dismal, and the theater’s situation is dire. The tension escalates as the men blow up, and Kemp storms from the room. The actor’s exit places the metaphorical nail in the theater’s coffin. No other performers in the company can step into his roles. They aren’t funny…

Later, Marlowe sits in the pub, basking in the admiring gaze of his disciples. He is the King of this group of Elizabethan hipsters. However, Shakespeare’s arrival once again interrupts the moment. Sizing up Marlowe, Will demands Christopher turn over the money he received for framing Baxter. Furthermore, if Marlowe gives him any trouble, Shakespeare vows to go to Topcliffe… 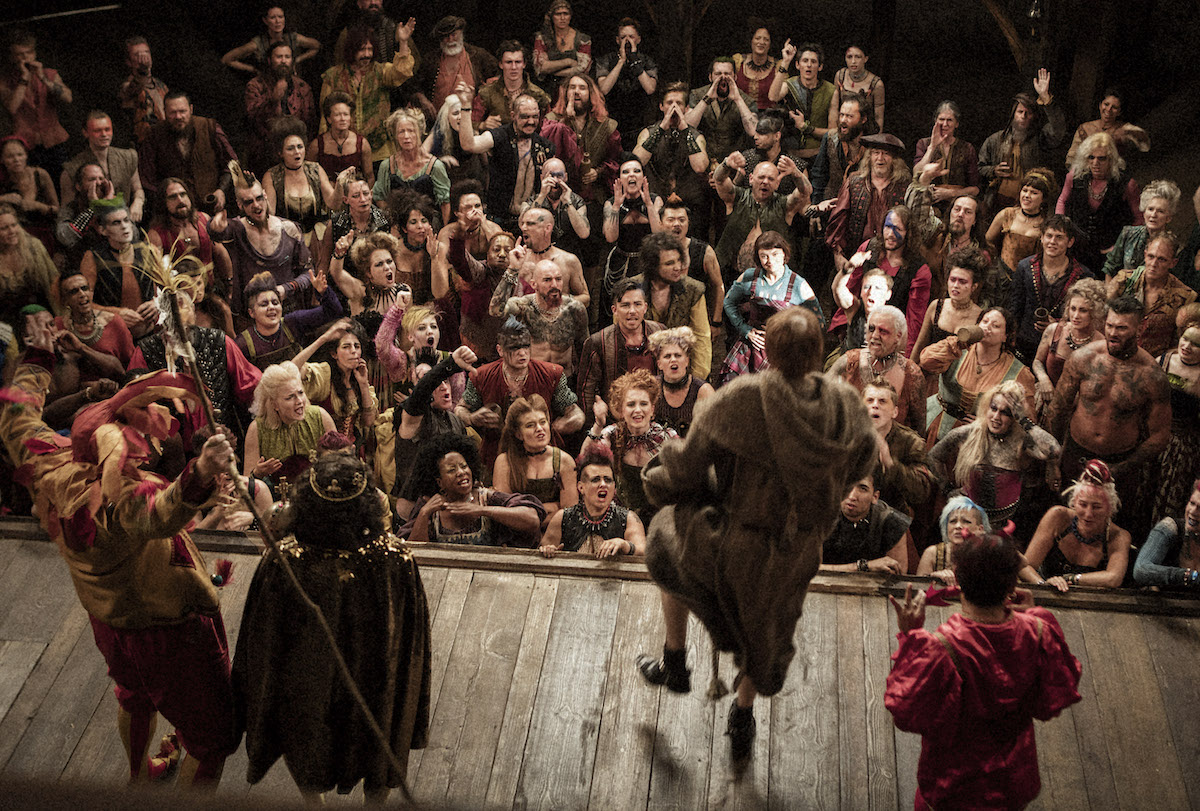 As the episode comes to a close, everything has righted itself. Shakespeare put on his best thinking cap, and presented a new idea to Kemp… tragedies. Not only is the man a good enough actor to make audiences laugh, but he can make them cry. All of London will know Kemp. There’s a feeling of merriment and good cheer as the excited theater company enjoys a celebratory party.