WILL Series Premiere Recap: (S01E01) The Play’s The Thing

Will opens where any story of William Shakespeare does, with a scribbling quill pen. Shakespeare (Laurie Davidson) looks up, staring out the window. He’s a young man with a dream. Despite the protests of his wife and three young children, he’s leaving Stratford for London. He’s going to be a famous playwright. As he leaves the house, a look of trepidation briefly crosses his face. Is he really ready for this?

As the young playwright starts down the street, “London Calling” by The Clash blares over the scene. By the second verse, Shakespeare is in the thick of London’s chaos. It is a different world from the smaller, more restrained Stratford. There’s bustling crowds, pick-pockets and prostitutes. The young man looks through the streets in awe.

However, political and religious strife is brewing in London. Shakespeare barely restrains his emotion as he watches a Catholic man be graphically disemboweled in the city center. It quickly becomes clear that Shakespeare too is a Catholic. And at this time in English history, it isn’t healthy to be a Catholic. 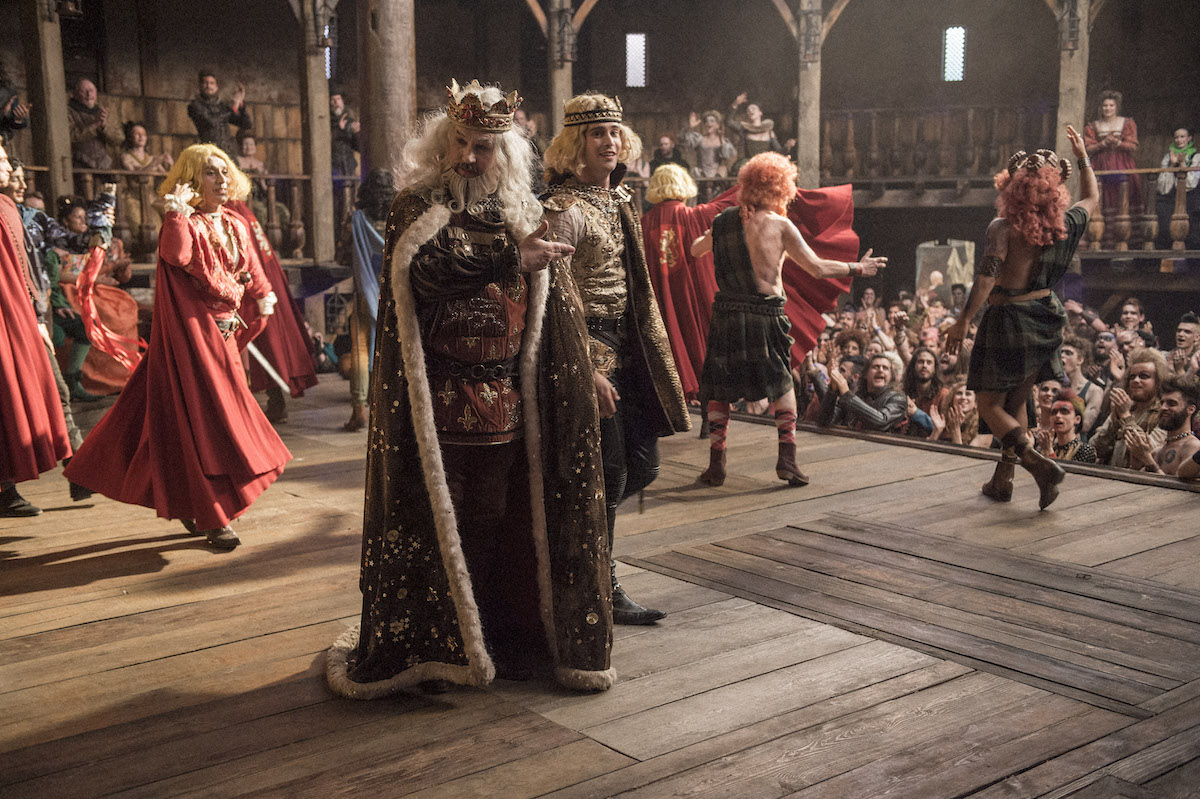 Later, Shakespeare tentatively enters a theater. He looks around, gaining a feel for the bawdy goings on around him. Men dance suggestively while dressed as women, while actors have sex backstage. However, the audience is growing increasingly restless with the low quality of the performance, and a mosh pit breaks out….

Leaving the theater, Shakespeare arrives at the house of James Burbage. However, instead of the uncle he’s expecting, he stammers through a meet-cute. He sizes up Alice Burbage (Olivia DeJonge), and she in turn seems just as interested in him. Even more importantly, she’s intrigued by a snippet he reads from his play… 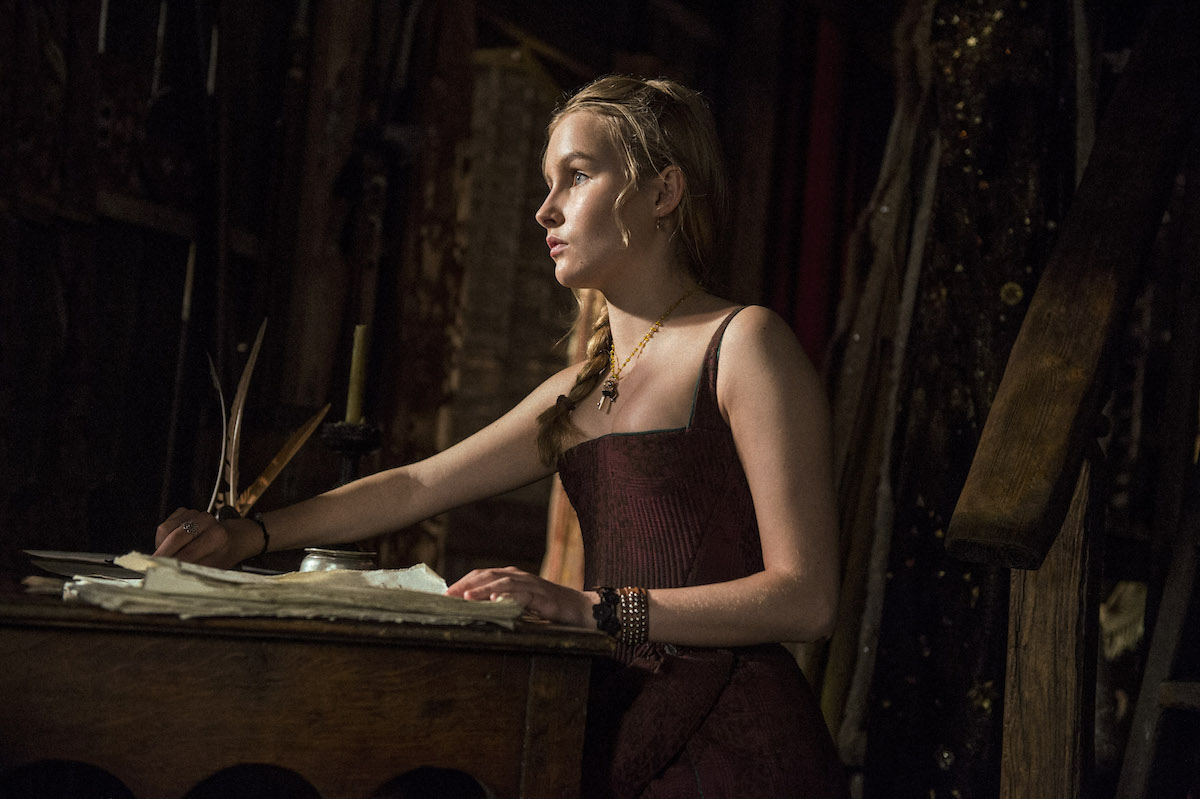 It just so happens that her father’s theater is in dire need of a playwright, and Shakespeare’s brand-new take on Richard III is perfect for the acting troop. They set him to work. William Shakespeare is now a working writer.

It doesn’t take long for Shakespeare to wow the crowd of hardened theater folk, even after a rough start. He shows an immediate flair for language and symbolism, which stuns the actors around him, including James Burbage (the amazing Colm Meaney). As Shakespeare walks home for the night he becomes acquainted with actor Richard Burbage (Mattias Inwood). The young man wraps an arm around Shakespeare, “You must live fast, die young and leave a pox riddled corpse”. 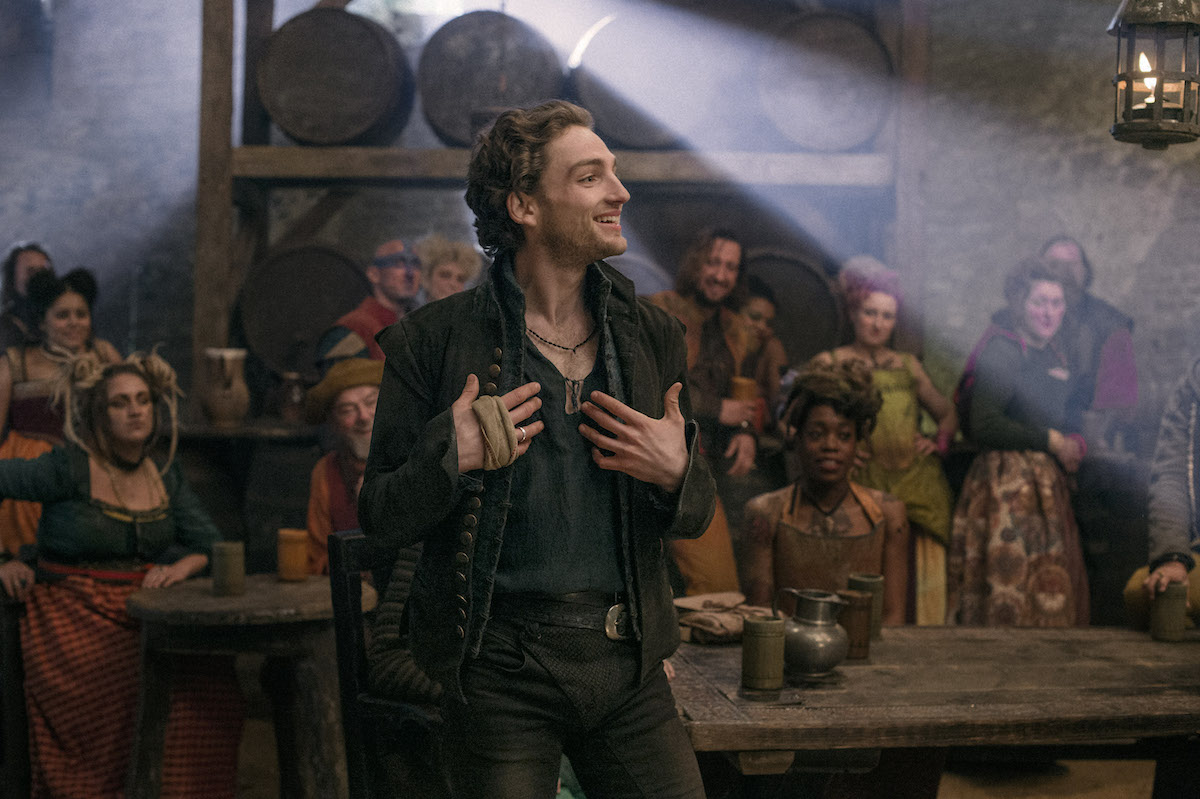 It turns out living fast and dying young involves an iambic pentameter-off with a rival dramatist. Think of it as 8 Mile in Shakespearean… Shakespeare’s resounding success further brings the actors around him to his side. The younger Burbage is thrilled, “We will achieve greatness!”.

Later that night, Will and Alice’s relationship quickly moves to the next… physical… step. However, Will abruptly stops her, telling her about his wife and three children. She looks up at him surprised. “Three? You must have started young”.  The scene is brief, as a rattled Shakespeare quickly calls an end to their night.

While Will finds himself trapped in a flashback, there’s tension growing in government. They need to find the mysterious Catholic who’s infiltrated the theaters. Another young playwright Christopher Marlowe (Jamie Campbell Bower) is brought in as a spy… 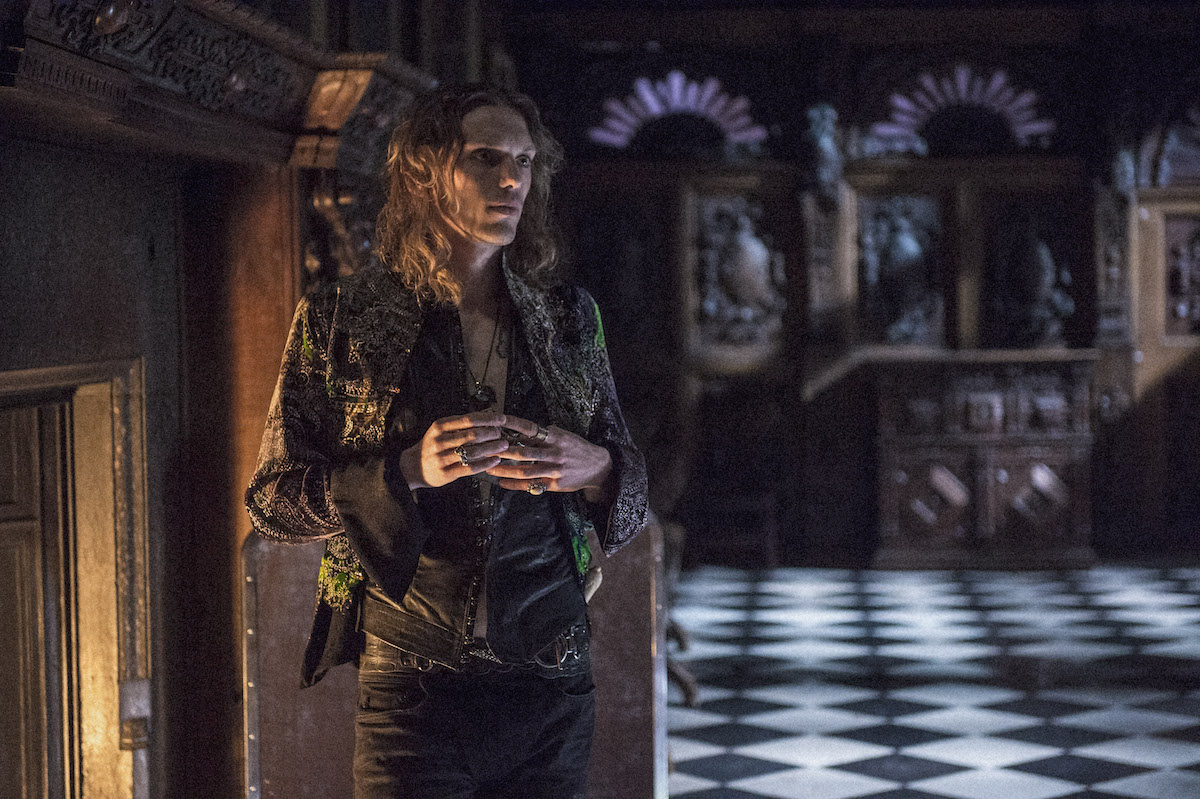 Later, tension hangs in the air as Marlowe and Shakespeare finally meet backstage. The more experienced playwright looks over Shakespeare with a calculating glance. He apparently has the young Will all figured out. Christopher Marlowe is the rockstar of this era. He oozes confidence, sex appeal, and brilliance. Marlowe worked his way to the top of the London theater scene, and has done it quickly.

While Shakespeare nervously watches his play from backstage, there’s a building tension as Marlowe sends a street boy to Lord Topcliffe (Ewen Bremner) with a message. “Marlowe finds what he seeks”.

However, there is a change in tone once the play’s success becomes clear. Marlowe turns an actor named Baxter (Tadhg Murphy) over to Topcliffe. Alice watches from off-stage as Marlowe takes the emotional Shakespeare’s hand and raises it to the cheering crowd. William Shakespeare has finally made it.