Why You Should Watch ‘Orphan Black’ Right NOW! 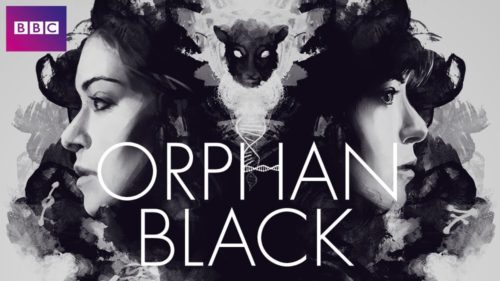 As a “Geek Girl”, I am always in search of stories about women in the prolific battery of media I consume. Its true that most “geeky” media, up until a certain time, was primarily directed at men. Because of this, most of the women portrayed in media were sparse, sexy, and one dimensional. Things began to change slowly as Alison Bechdel introduced the “Bechdel” test, as a way to monitor media for women who were more than “status quo”. The test postulates: in fiction there should be at least two named women who speak to each other about something other than men. Even though the test first came into usage in 1985, modern fiction still often lacks adequate female representation.

Orphan Black is by far the most representative of modern (white) women on television right now. Tatiana Maslany, over the course of the show (so far) has played 11 multi-faceted characters. Each character has her own series of struggles, beyond entanglement in a clone conspiracy. In fact, the show has so many women in it, the opposite of the Bechdel test is appropriate.

Sarah Manning, a grifter and orphan from the U.K., witnesses the suicide of a woman on a train platform who looks just like her. She takes the identity of the woman, Beth Childs, a Canadian detective.  Beth is under investigation for shooting a woman named Margaret (“Maggie”) Chen, who Sarah learns has ties to a dangerous cult. Sarah finds in Beth’s possessions, a small, pink cell phone which connects her to two other women who are also identical to her. They are subjects of a cloning experiment.

Sarah Manning just wants her daughter, Kira back. Sarah left a year ago with no word, leaving Kira in the charge of her foster mother, Mrs. S, and foster brother, Felix. Mrs. S brought Sarah and Felix from the U.K. when Sarah was about nine years old without warning. Raised as an orphan, Sarah is adept at adapting to new situations as life throws them at her.  Sarah begins living as Beth after she watches her jump in front of a train.

Beth Childs was a detective for the East York Canadian police force. As Sarah lives as Beth, she uncovers that Beth had a serious battle with depression and pills, following the (accidental?) murder of Maggie Chen. “Beth” lives with her boyfriend, Paul, an ex-soldier who, unbeknownst to her, is her “Monitor”. She also has a very close relationship with her partner, Art.

Alison Hendrix is a “stereotypical” Scarborough soccer mom. A fidgety, nervous clone, Alison wants what is best for everyone around her. She is the adoptive mother of  Oscar and Gemma Hendrix, and the wife of the bumbling Donnie Hendrix. As she falls deeper into the clone conspiracy, she begins acting out, causing questions to arise in the mind of her monitor. Alison, however, tries desperately to keep up appearances, further complicating her life.

Cosima Niehaus is a graduate student at the University of Minnesota. She is studying Evolutionary Development. She is best described as the “hippy” clone, despite her scientific studies. While investigating the clones at the urging of Sarah and Alison, she meets the brilliant Delphine Cormier. Delphine (A French expatriate) invites Cosima to go with her to a lecture.  As she attends the TEDtalkesque presentation on “Neolution” (A concept that has spawned many interesting followers) with Delphine, she entertains the ideas of its moderator, Dr. Aldous Leekie, who invites the pair to dinner. Cosima is later offered and internship at the DYAD Institute, along with Delphine, to further her studies.

Helena a mysterious clone, hailing from a convent in the Ukraine. She is devoted to Neolutionism, and believes she is the “One True Clone”. 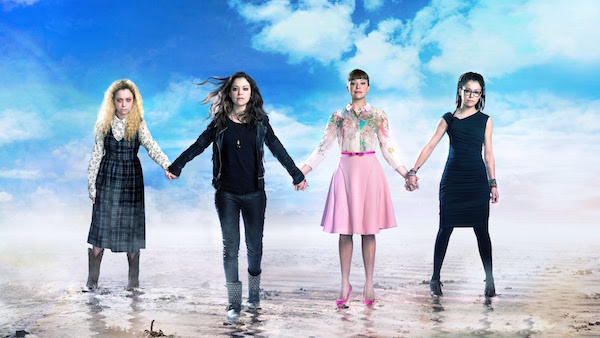 Sci-Fi for the Nerdiest Among Us

Through out the show, various topics are introduced and explored. Such questions as the validity and ethicality of cloning, Science vs. God,  forcing evolution, and  “nature vs. nurture” are brought up in fascinating ways and promote discussion (or maybe my friends and I are just super nerds).

The validity of cloning (and ethicality),  are explorable in the way the “Monitors” (close friends of the clones) treat their subjects. In many cases, the clones are romantically entangled with their monitors, further complicating matters. The monitors are responsible for keeping tabs on their subject’s every move, their heath, and other aspects of their lives. They are put in place by the insidious DYAD Institute, which is running the experiment under the supervision of Dr. Aldous Leekie.

Orphan Black also explores the idea of Science vs. God in the presence of a powerful cult. This cult spawned from the ideas of Dr. Leekie, who suggests that evolution can be forced. Dr. Leekie runs the DYAD Institute, an organization that prides itself on being at the forefront of genetic research.

“Nature Vs. Nurture”, a common psychological question brought up asks whether humanity behaves the way it does purely based on genetics, or based on outside factors, such as the environment around a subject. One solution suggests that “Genetics load the gun, environment pulls the trigger”. The difference in the lives of the clones suggest strongly that Nurture plays a larger part in the overall personality of a character (see Cosima’s easygoingness against Alison’s nervous agitation under stress) than the mental status (all of the clones are intelligent in their own way), or physicality of the subject.

Through the somewhat invasive path watching the clones, the audience is able to glean information about these topics and others. Orphan Black urges the viewer to seek out new information. 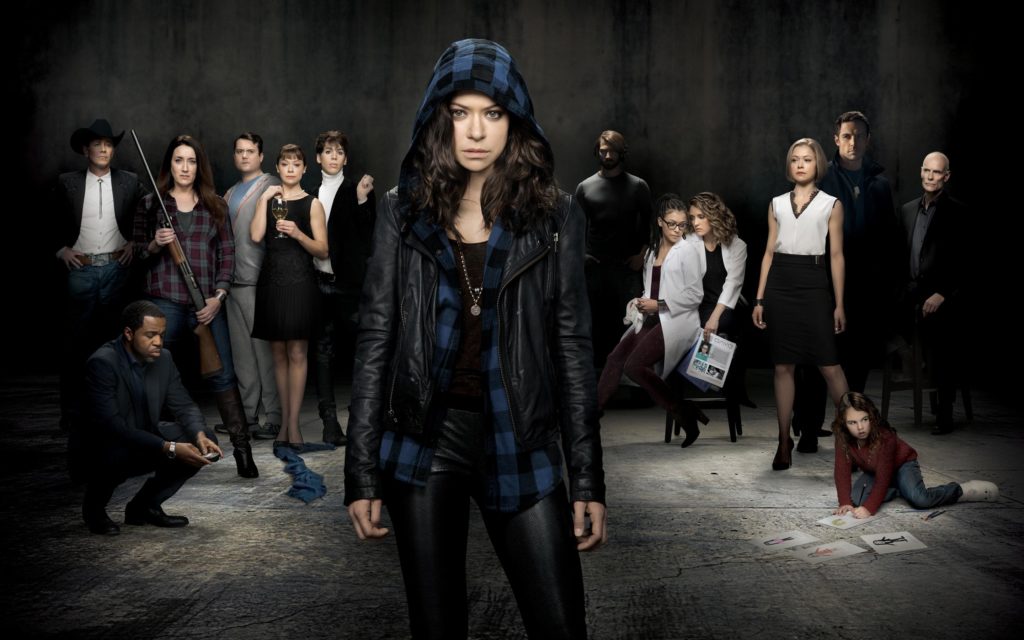 If You Haven’t Made Up Your Mind Yet

This year, Tatiana Maslany won her first Emmy for her portrayal of 11 of 15 total “Spoilers Beware!” clones. Orphan Black is sci-fi at its best. It requires attention to detail from its viewers, and for good reason. Every actor brings something powerful to the table. Orphan Black will leave audiences glued to their seat and pressing play on the next episode as the credits roll.

Orphan Black, written by John Fawcett, Graeme Manson, and Adam Levine has an overall rating on IMdB of 8.4 out of 10. The fifth and final season will be released on BBC America in April.