Who Is Nebula’s New BFF in AVENGERS: INFINITY WAR?

In 2014, we got Guardians of the Galaxy — the first one — which saw a reluctant team of heroes standing up to Kree zealot, Ronan the Accuser, and his army. His right hand warrior was the sister to Gamora, Nebula, played by Karen Gillan. Then, this year, we got Guardians of the Galaxy Vol.2 where we saw that there was no love lost between these two estranged siblings. Gamora acquired her from the Sovereign race to bring her back to Xandar, the planet she almost destroyed with Ronan in the first film. It wasn’t love that pushed Gamora to retrieve Nebula, it was justice. 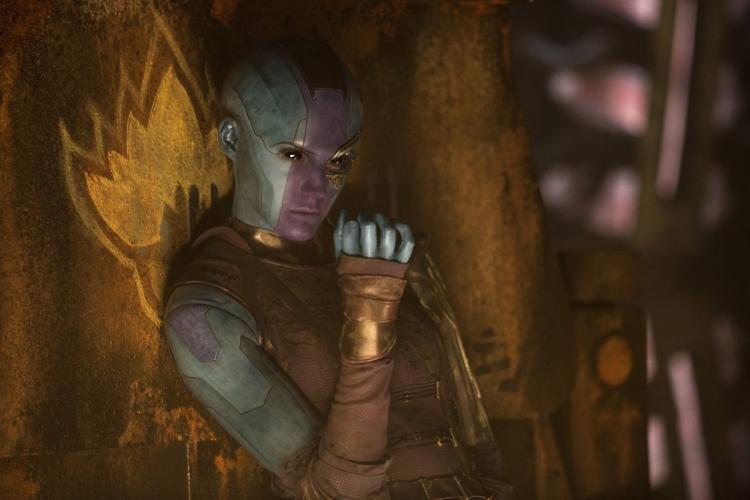 However, in that film (spoilers) we eventually saw that there was still a spark of love between the two sisters and that maybe, just maybe, there could be eventual reconciliation. Just — maybe not today.

And now, in Avengers: Infinity War, we’ve got the Guardians coming to Earth with Thor to stop Thanos from, you know, destroying reality. And if Thanos is involved then you know Nebula is along for the ride. 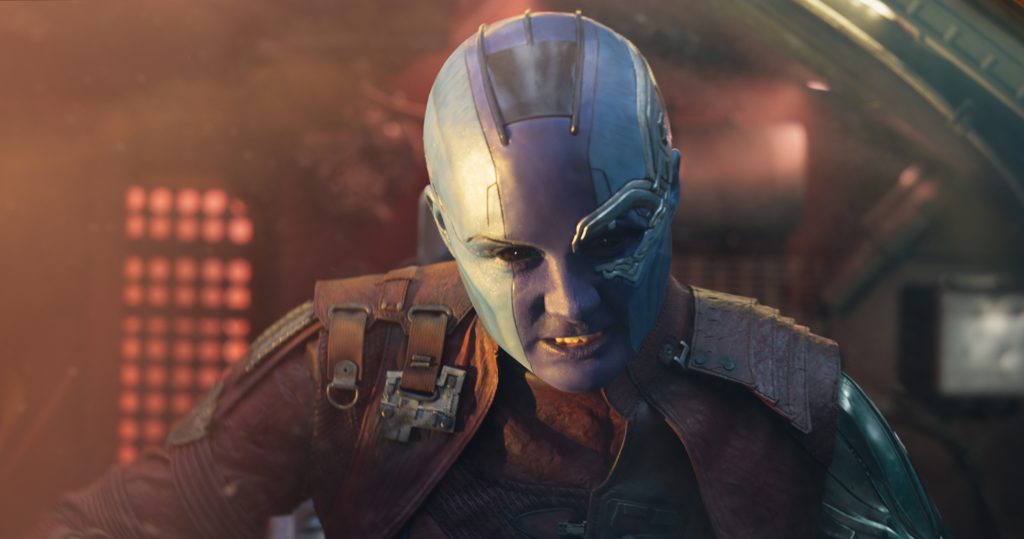 Now, according to an interview with Fandango, we know that Nebula is going to start up a new friendship with someone, though the actress is staying tight-lipped about who it is. As she told the site,

“I know who her new BFF is, and I can’t tell you. I can’t. I promise you it’s brilliant and unexpected and just so good… I don’t know about any frenemies. She is on a clear mission, as everybody is, to deal with someone with a glove, and I think that is the most important issue. So I think people are grouping together to take care of this task.”

So @karengillan says Nebula has a new BFF in #AvengersInfinityWar & that it’s a brilliant choice. Any hints @JamesGunn?? pic.twitter.com/TFk266k1DT

So who exactly is her new BFF?

It could be anybody really. Our first instinct is that it’s one of our more terrestrial heroes — like Hulk or Black Widow. We feel that either one of them would be a great fit for the role of Nebula’s new BFF. Hulk likes to smash things, Nebula likes to smash things … it could be a great fit. Then, with Black Widow, the two of them are kick ass women who might be able to offer one another some trade secrets. For that matter, a friendship with any of the Dora Milaje would be pretty epic as well.

However, she’s not really friends with any of the Guardians, so it really could be any of them. Our favorite candidates are Rocket or Groot. With Rocket, the two of them can stand around reveling in all the ways they could really kill someone, with Groot, who’s an adolescent now, the two of them could get all angsty with each other and chill to some My Chemical Romance tunes.

Then, of course, Drax isn’t a bad choice either. After all, just like Hulk, they both like to smash stuff, but just like Nebula, he has a personal vendetta against Thanos. These two could have matching heart pendants as well.