Home » Movies » Reviews » What is it with the Fourth One?

What is it with the Fourth One?

What is it with the Fourth One?

Outside of the occasional series of films based on books, Hollywood never really seemed interested in sequels until they started making money. There were a billion Bowery Boys adventures and Inspector Clouseau had a franchise, for sure, but Siskel & Ebert were wise to note that in the ‘70s, widely considered one of the greatest eras for movies, filmmakers swapped out making the great American film, and shot instead for the great American hit, mostly due to the financial success of “Star Wars”. It was somewhere in there that studio heads figured if a property is making money, let’s tell as many stories about it as possible. That’s why we have Jason Voorhies in space. 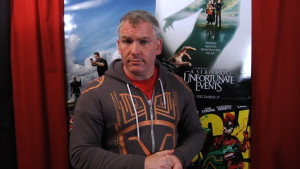 Adam Witt, contributor to TheMovieGuys.net, has claimed that he’ll see any franchise that makes at least four films, as if to say if you’re going through all that trouble, the least we can do is see it…right? Many franchises complete their story arc in a trilogy – it’s tight, has classic beginning/middle/end structure and doesn’t wear out its welcome. Even the reasons I just gave for why storytelling often comes in threes were delivered as a trilogy. It just fits. But sometimes a story will continue on into a fourth installment (and beyond). That’s where it gets interesting.

Let’s talk about where it worked to keep going: 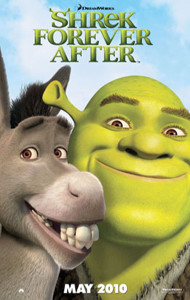 “Shrek Forever After” – Despite three straight weeks atop the U.S. box office upon its release, you don’t hear too many people talking about this cap on the “Shrek” franchise, but it amends the crucial flaw inherent in the previous sequels. We’ll call it Schumacher-it is, the piling on of way too many secondary characters. After young King Arthur, a gaggle of princesses and a flurry of other characters mucked up the plot of “Shrek The Third”, “Forever After” got back to the business of having fun with the main characters, the one’s we’ve followed for three films, and the ones we want to see given more of the story’s focus. 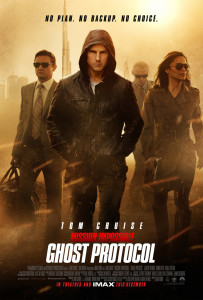 “Mission: Impossible – Ghost Protocol” – The first was convoluted, the second was just goofy and you could see the promise of the fun that an “M:I” movie could have by the time J.J. Abrams made “Mission: Impossible III”, but it was in “Ghost Protocol” that the story and characters really busted off the screen, the sense of play was elevated and some of the most elaborate and dangerous action scenes of the franchise were pulled off with dizzying results. 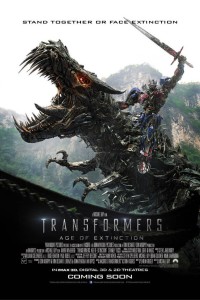 “Transformers: Age of Extinction” – OK, hear me out on this. None of these movies are great, but I think we can all agree the reviews of “Age of Extinction” were written long before it was released. A closer examination, however, reveals that this is easily the best of the quadrilogy. First, an upgrade in casting always helps, coming in the form of adding Stanley Tucci, who, although being in some bad films, is never bad IN a film. Plus, this film was called incoherent (again, some time in May 2014) and it clearly has the most comprehensible plot – the government has hired a robot assassin to start wiping out Autobots after the destruction of Chicago, and Tucci’s character makes some man-made Transformers who wreak havoc. Bam, the end. I defy you to explain “Revenge of the Fallen” without taking the rest of the day. And notable improvements in sense of humor in T.J. Miller and Thomas Lennon were a welcome replacement for…how do I put this…jive-talking robots.

A billion dollars can’t be entirely wrong, but send dissenting remarks to paul@themovieguys.net

Oh, wait, a billion dollars can be entirely wrong, it’s called “Pirates of the Caribbean: On Stranger Tides”, or “Indiana Jones and the Kingdom of the Crystal Skull”, following up Indiana Jones literally riding off into the sunset with perhaps the laziest movie of all time. The most remarkable franchise might be “The Fast and The Furious”, whose fourth effort was abysmal, but came roaring back with “Fast Five”, which seemed so fresh, it felt like a franchise starter.

So is it greedy? Is it a challenge to scriptwriters to continue a storyline that’s seemingly over, but wait, we haven’t seen the aliens fight predators yet? Who knows, but the current theme in Hollywood is “keep going”, the audience will decide when you’re done (and then we’ll reboot the whole damn thing in ten years anyway…). 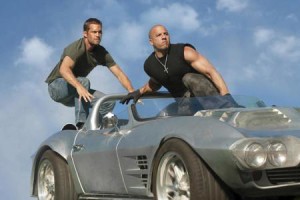 Why do I bring this up? We’re on the verge of another onslaught of “fours”. “The Matrix” and “Back to the Future” are two of the great movies of all time. They expanded into trilogies that many would agree watered down the brand. One could say the same about “Jurassic Park”, but they are trying to right that ship with a fourth movie, due next summer. Don’t get your characters literally caught in quicksand and you should be fine. And George Miller looks to make you want to forget the soft, Tina Turner and children-filled ending given to the Mad Max series by going full badass with “Mad Max: Fury Road”. Casting is key in both of these ventures with red-hot Galaxy Guardian Chris Pratt going back to Jurassic Park and one of our finest actors who cannot be pigeonholed to a genre in Tom Hardy taking on Mad Max.

The new Bond adventure (due in November) is a “fourth”, as it took three Daniel Craig-led Bond movies to pretty much wrap up James Bond’s origin story. So…now what? And you could go so far as to say “Star Wars: The Force Awakens” is number four in the series – a sequel after a neatly wrapped-up trilogy coming thirty-two years after “Return of the Jedi”. It’s pretty much a risk to keep going on with this adventure in outer space…where Jason is waiting…