Ant-Man and the Wasp is currently filming in Atlanta, getting ready for their 2018 post-Avengers: Infinity War release. As such, we’re starting to see a lot of on-set video and pictures giving us an idea of what we might expect to see in the film. For instance, we’ve seen on-set videos from showing a car flipping, suggesting that a CGI Giant Man will eventually kick it. We’ve seen pictures of Walton Goggins as Sonny Burch, looking like a greasy businessman. We finally got to see Evangeline Lilly as Hope Van Dyne in her Wasp costume, but we’ve yet to see one of the primary villains — Ghost.

That is, until today. 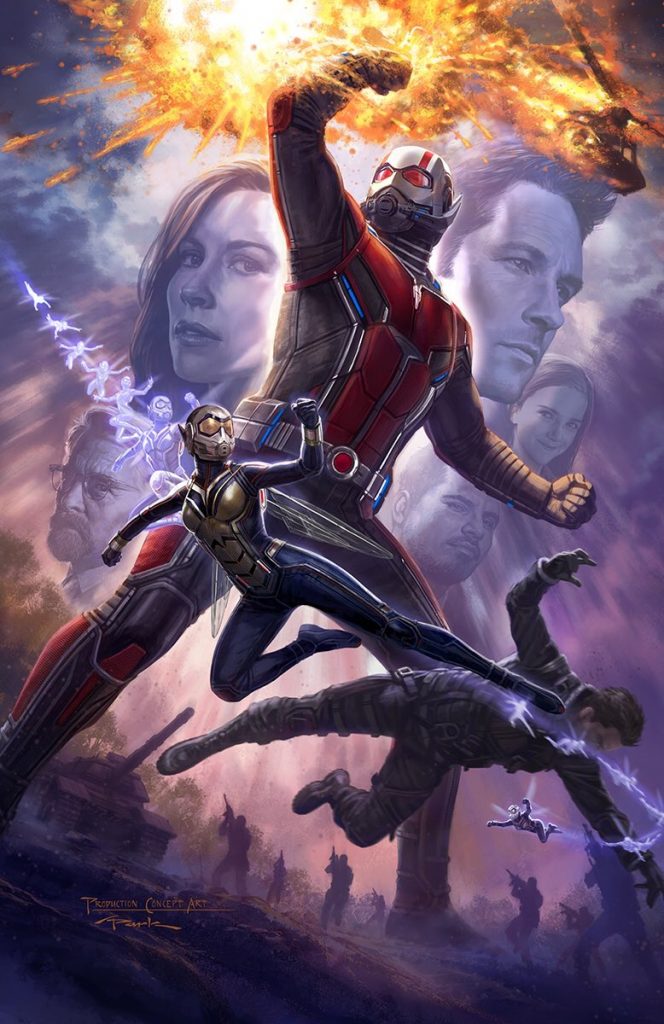 RELATED: First Look at Evangeline Lilly in her Full Wasp Costume for Ant-Man and the Wasp

Thanks to the Instagram of Noticias Geek TV we have one solitary picture of our hero — we think it’s Wasp — fighting a character in a white costume that we can only assume is Ghost.

It was announced at San Diego Comic Con that Hannah John-Kamen would be taking on the relatively unknown character of Ghost in the upcoming film. The picture is blurry, so it’s hard to make out if this is John-Kamen or her stunt double, but we have no doubt that this is Ghost facing off against the Wasp. But, regardless, this marks our first look at her costume; at least, most of her costume.

It’s unclear just how Ghost will tie into the story, what her motivations are, if she’s working with Walton Goggins’s character or what. However, other than changing Ghost’s gender from male to female, it’s clear that Marvel Studios is sticking relatively close to the comic books with her costume design, keeping the stark white suit. We can probably assume she’ll have a white helmet as well. Ghost’s powers, like Ant-Man’s and Wasp’s, are entirely held in the suit. She can phase through walls, turn herself invisible, and do the same things to anything she’s touching. 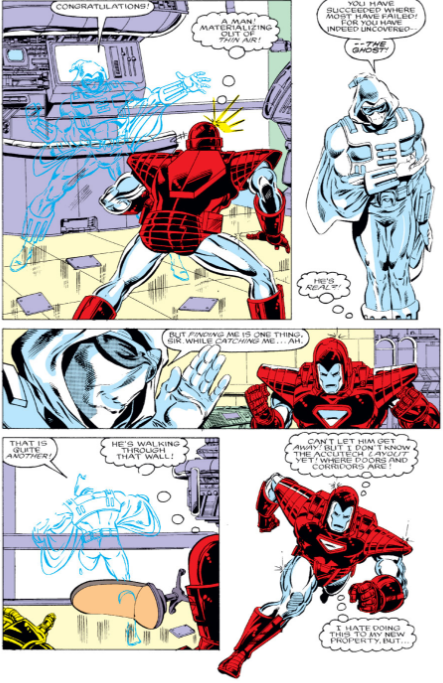