Home » Movies » We’ve Got a New Synopsis for the Next Telltale Game, GUARDIANS OF THE GALAXY

We’ve Got a New Synopsis for the Next Telltale Game, GUARDIANS OF THE GALAXY

In the event that you’ve never heard of Telltale Games, please allow us to bring you up to speed. The video game company, who’s previously published games for The Walking Dead, Game of Thrones and most recently Batman, constructs a story in five to six chapters where you, the player, must make all the decisions. Each decision made has a different outcome for the game. Each time through the game, the game changes dramatically, with different characters dying, smaller story arcs receive different endings, all leading up to completely different experiences.

Their next game was announced a couple months ago — Guardians of the Galaxy. Here is their video announcement, which features Star-Lord’s now iconic tape deck drifting through space as “Dancing in the Moonlight” by King Harvest plays through the headphones.

As of today, we now have a synopsis for the game thanks to Gamestop. You can read it for yourself below.

Marvel’s Guardians of the Galaxy: The Telltale Series delivers a brand new story of the universe’s unlikeliest heroes, the rag-tag band of outlaws who go by the names Star-Lord, Gamora, Drax, Rocket, and Groot. In the wake of an epic battle, the Guardians discover an artifact of unspeakable power. Each of the Guardians has a reason to desire this relic, as does a ruthless enemy who is the last of her kind, and who will stop at nothing to tear it from their hands. From Earth to the Milano to Knowhere and beyond, and set to the beat of awesome music, this five-part episodic series puts you in the rocket-powered boots of Star-Lord in an original Guardians adventure, told in the unique and award-winning Telltale style, where your decisions and actions will drive the path of the story you experience. 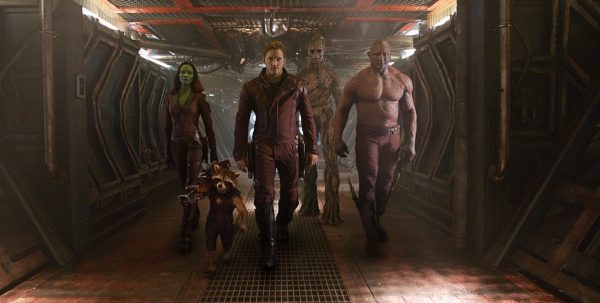 Obviously, we knew it would deal with the core team of Star-Lord, Gamora, Drax, Rocket and Groot, but here we now know it will deal with an “artifact of unspeakable power” with each Guardian wanting the relic for themselves. With their being five chapters to the story and five Guardians on the team, this could mean that each chapter will feature a different Guardian’s story involving the relic. However, the last sentence specifies being put in the “rocket-powered boots of Star-Lord” for the story, so perhaps each chapter revolves around Star-Lord and his relationship with one of the other Guardians. In the final chapter, it’s most likely that the player, as Star-Lord, must decide who gets the relic in the end.

There’s also the question of the mysterious enemy, described only as “a ruthless enemy who is the last of her kind.” Thinking back through Guardians history as well as the cosmic side of the Marvel universe, no one character really comes to mind except for the feminine alter ego to Starhawk known as Aleta. That’s right, Starhawk and Aleta, husband and wife, both live in the same body. It’s also entirely possible that they’ll create a villain around Moondragon, but this seems unlikely as well.

There is no release date, but you can pre-order it for $29.99 at Gamestop, so let’s all cross our fingers that it’s release is soon.