Home » The Daily Bugle » ‘Westworld’ Gets a Featurette, New Promos, and a Website

‘Westworld’ Gets a Featurette, New Promos, and a Website 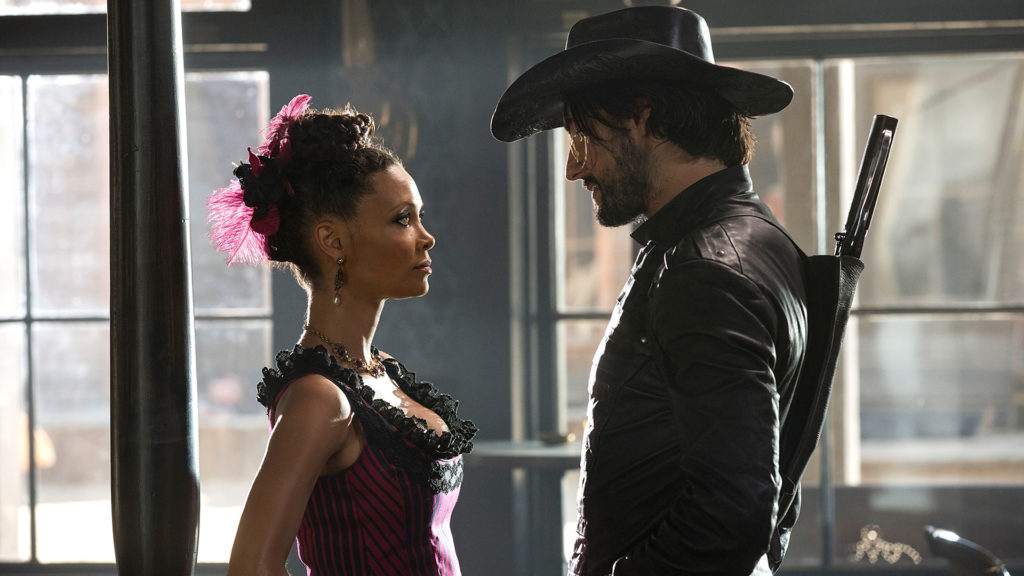 HBO’s latest offering, Westworld, keeps upping the ante, rolling out little glimpses of their western meets science fiction world.  The more they pull the curtain back, the creepier the world becomes.  Now they’ve released one behind the scenes featurette and two new promos that delve further into the morality of a world like this.

The featurette explores the theme of the series; humans creating their own reality, living supposedly without consequence.  It’s a theme that has been explored in other science fiction shows, it’s about as old as the genre itself, holodeck anyone?  At some point there will come a time when we will create life, we will have fully functioning AI, and that AI will be sophisticated enough that we will not be able to tell the difference between the artificial and the biologic. What we will do with this?  How will we handle it?  This show seeks to explore that idea, along with other themes.

Anthony Hopkins’ character, Dr. Robert Ford, says people don’t return for a story of who they are, but they want a glimpse of who they could be.  What would you do if there were no consequences to your actions?  Would you remain basically the same person or would you indulge all your deepest darkest desires and curiosities?  We live in a society bound and constricted by rules, which are necessary in a world as populated as ours, but who would we be if we didn’t have these societal chains?

If I had enough money, and the world were real, I would be one of the first to sign up to explore that part of myself.

HBO is trying to make the world as real as possible, they’ve even set up a very real website for the very fictional Westworld destination.

Experience the first vacation destination where you can live without limits. Westworld is a meticulously crafted and artfully designed park offering an unparalleled, immersive world where you have the freedom to become who you’ve always wanted to be—or who you never knew you were. Exist free of rules, laws or judgment. No impulse is taboo.

Our hosts are here to fulfill your every desire. They look forward to serving you.

As one would expect, when you try to ‘book your stay’ all dates are blacked out and none are available.  Apparently, you don’t even need to pack.  Oh, that is my kind of adventure!

Westworld is the only vacation where you don’t have to pack a thing. The park is all inclusive, and bespoke clothing awaits you, along with everything you need to enjoy your stay. Free yourself of modern inconveniences that inhibit your ability to sever ties with the outside world. Upon booking your dates, our consultants will work with your local port authority to chart your course to the park. Bring nothing; worry about nothing.

The best part about this website, which actually didn’t happen until I started getting a few screenshots, the website will eventually become corrupted.  A few scrambled images will appear, along with a blue screen of death, and a panicked voice says:

You should go, leave.  Can’t you see, hell is empty.  All the devils are here.

You can’t play God without being acquainted with the Devil.

Westworld premieres on HBO on October 2nd at 9 ET/PT.

Then the two new TV promo spots stay within the theme of good vs evil, wrong and right, and the duality of the human psyche.  They further ask the question “what is real?”  If you can’t tell the difference between reality and fantasy is the fantasy then any less real?