The CW Arrowverse Crossover event, Crisis on Earth-X is just a couple of weeks away.  And the closer we get to the premiere, the more details we are hearing.  The latest news is that Wentworth Miller will return to the Arrowverse, this time as Citizen Cold. Here is the official synopsis for the CW Crossover:

“THE EPIC FOUR-WAY CROSSOVER WITH “ARROW,” “SUPERGIRL,” “THE FLASH” AND “DC’S LEGENDS OF TOMORROW” BEGINS — Barry (Grant Gustin) and Iris’s (Candice Patton) wedding brings the gang together, but things go awry when villains from Earth-X attack the ceremony. All of the superheroes band together with help from their super friends like Citizen Cold (Miller), The Ray (Russell Tovey), Felicity Smoak (Emily Bett Rickards), Iris West and Alex Danvers (Chyler Leigh) to take on their most formidable villains yet. Earth’s mightiest heroes – Green Arrow (Stephen Amell), Supergirl (Melissa Benoist), The Flash (Gustin) and White Canary (Caity Lotz) – lead their teams into battle to save the world.

Earlier this week, Miller announced his exit from the villainous role of Captain Cold.

According to Entertainment Weekly, Citizen Cold is the doppelganger of Leonard Snart, a.k.a. Captain Cold.   Captain Cold first appeared in season one of The Flash. Although he wasn’t quite a hero, he was definitely fun to watch.  Snart would go on to join DC’s Legends of Tomorrow along with sidekick Mick Rory/Heat Wave (Dominic Purcell).  Snart was killed in season one of LoT, but returned in season 2 as a part of the Legion of Doom along with Damian Darhk (Neal McDonough) and Malcolm Merlin (John Barrowman).  Citizen Cold is listed as a super friend, so I can only assume he is a hero from Earth-X.

I for one love Miller as Captain Cold. I know he will just as charismatic and funny as  Citizen Cold.  The fact that he’s leaving the Arrowverse makes me sad.  He’s a brilliant performer and no one will ever be able to fill his shoes.  Love you Wentworth! 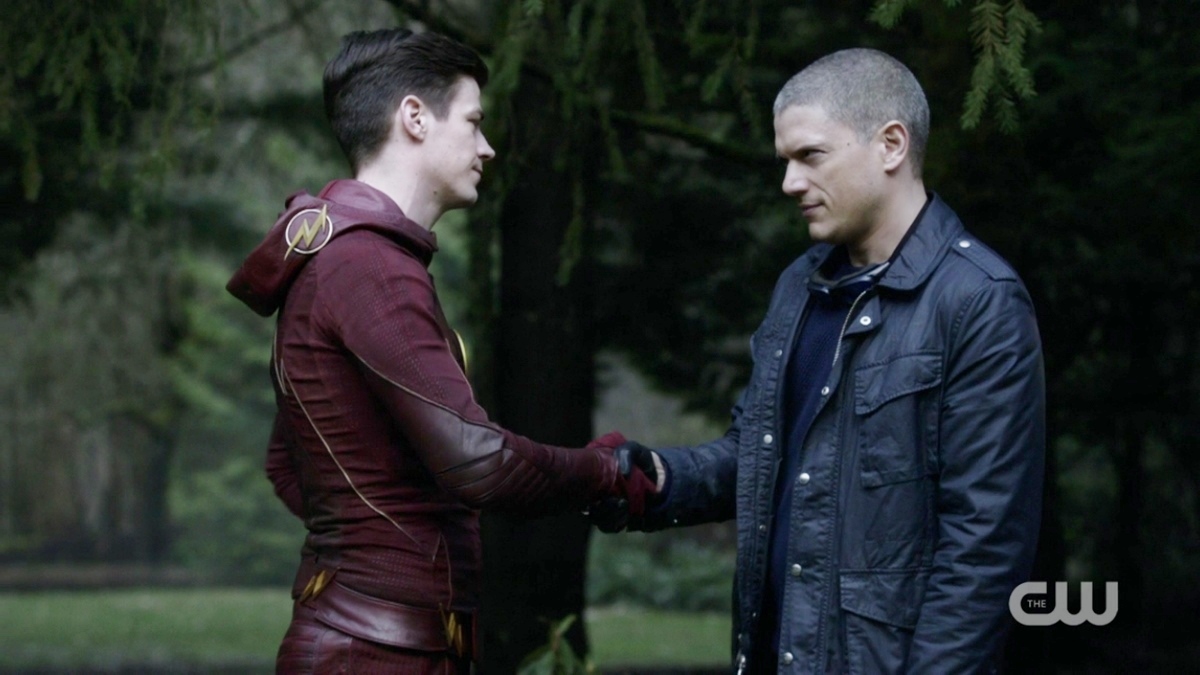 Stay tuned to Geek Girl Authority for the latest news on the upcoming CW Arrowverse Crossover event.  The Crossover will begin Monday November 27 beginning with Supergirl, and followed by a special airing of Arrow.  Then continue with The Flash and  concluding on DC’s Legends of Tomorrow on Tuesday November 28.

'Game of Thrones' Prequel TALES OF DUNK AND EGG in Development

Have you caught the new trailer for Superman & Lois? Can Clark and Lois really find a fresh start in Smallville?

Alice Oseman's heartwarming LGBT+ graphic novel Heartstopper is coming to Netflix! Here is everything we know so far.