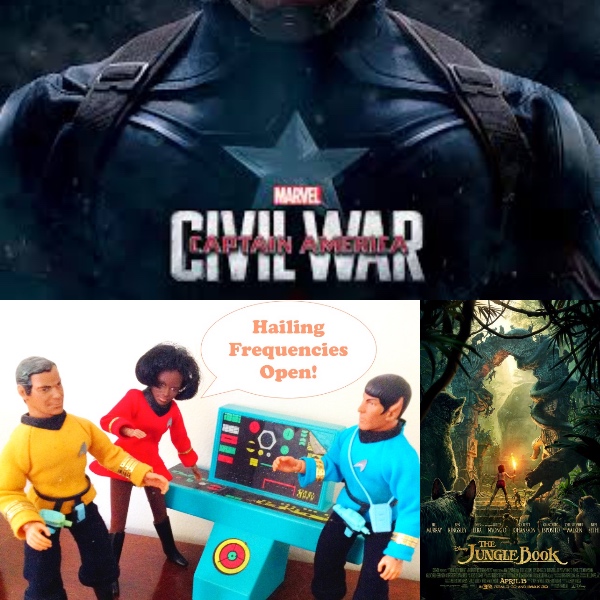 With the summer movie season officially kicking off this weekend, the Breakdown returns once again. And what better way to start it off than with the much-anticipated CAPTAIN AMERICA: CIVIL WAR. Not only does it pit Captain America and Iron Man against one another on an ideological level, it also serves as the introduction of the Black Panther and no less than The Amazing Spider-Man to the Marvel Cinematic Universe as the first Phase 3 release. A lot is riding on this film and its opening did not disappoint. Amid rave reviews from nearly every quarter, the film raked in $181.7 mil domestic. The impressive numbers come from international, however. As of May 5 CIVIL WAR has earned a whopping $496.6 mil for a worldwide total of $678.3 mil.

To put it in context in several different ways, let’s first compare it to the last film in the CAP franchise. CAPTAIN AMERICA: THE WINTER SOLDIER opened in April of 2014 with $95 mil domestic and went on to make $714.4 mil worldwide. CIVIL WAR will beat that final cumulative total by next weekend. Perhaps a better gage would be AVENGERS: AGE OF ULTRON. That film opened just a year ago with $191.2 mil domestic and ultimately grossed $1.4 billion worldwide. CIVIL WAR will most assuredly cross $1 billion but how far past that will depend on word of mouth driving repeat business. Anecdotally, I’ve already heard people seeing the film two or three times this weekend with plans to see it again next weekend.

Finally (and inevitably) is the comparison to another hero vs hero film that kicked off Warner Brothers own superhero shared universe: BATMAN VS SUPERMAN. Seven weeks ago it opened with $166 mil but found its numbers plummeting every weekend thereafter. It has so far grossed $327.2 mil domestic and $865.4 mil worldwide. Unpacking that international number, it’s grossed $538.2 mil over seven weeks…just $42 mil more than CIVIL WAR has grossed after ten days of release. The war on this front is over. Marvel has won yet again and it’s not even close.

Every other film in the top ten took an unavoidable slide. The best of the rest was the impressive THE JUNGLE BOOK. This all-ages smash hit took in $21.8 mil and after four weeks in release has earned $284.9 mil ($776.1 mil worldwide). Disney is the studio to beat early in 2016 to be sure. MOTHER’S DAY came in third with just $9 mil and THE HUNTSMAN: WINTER’S WAR continues to disappoint with $3.5 mil, far behind the original SNOW WHITE AND THE HUNTSMAN (2012). BvS has virtually no legs left as it rounds out the top ten at #10 with $1 mil.

Up Next: The horror film THE DARKNESS starring Kevin Bacon and the drama MONEY MONSTER starring George Clooney and Julia Roberts.