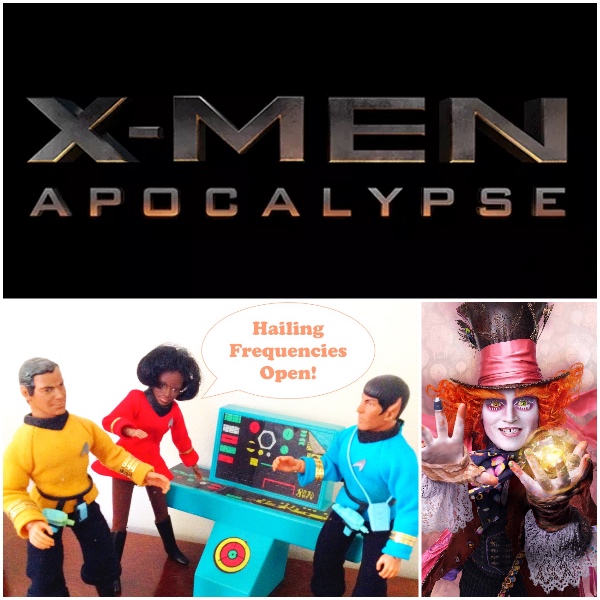 Four superhero films have opened in the first half of 2016 and all of them have taken the #1 spot at the box office. That said X-MEN: APOCALYPSE will earn the least of that bunch when all is said and done (DEADPOOL, BvS, and CAPTAIN AMERICA: CIVIL WAR are the others). While its four-day numbers look kinda, sorta OK they’re really not when compared to the three day numbers of the rest of the franchise. For ease of comparison, here is a list of the films with “X-Men” in their title along with their respective three-day openings courtesy of Box Office Mojo: 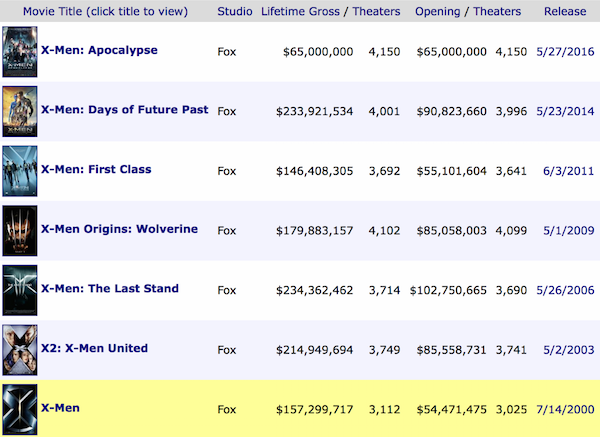 As you can plainly see, APOCALYPSE ranks fifth out of the seven X-Men films to date. Important to note that it may well rank sixth out of seven given adjusted numbers for the original film in the franchise. Whether we can chalk this up to fatigue with the genre, middling-to-poor reviews for the film itself or the franchise regressing to the mean is anyone’s guess at this point. What I can say is that APOCALYSPE will be an earner without being a blockbuster.

ALICE THROUGH THE LOOKING GLASS, the other new release this weekend, became Disney’s first real bomb of the year. Consider that the original ALICE IN WONDERLAND raked in $116.1 mil domestic when it opened in March of 2010 and it’s entirely possible that LOOKING GLASS won’t earn that much in it’s entire 2016 run. It’s gotten terrible reviews (as of this writing it’s at 30% on Rotten Tomatoes) and is being called the sequel no one wanted. While international will make up the bulk of its haul helping it to break even, it’s dismal opening signals the end of a potential franchise.

The trio of films in second week of release had varying degrees of success. THE ANGRY BIRDS MOVIE lost half its week-to-week audience (not great for an animated film) but has virtually cleared its budget on the domestic front alone. NEIGHBORS 2: SORORITY RISING, however, lost 57% of its three-day weekend audience as it stumbles to $40.6 mil domestic, a far cry from the $90.5 mil the original had earned at this point in its run. The well reviewed but audience challenged THE NICE GUYS lost the least audience but has only managed to pull in $23.5 mil domestic over ten days. It will fall out of the top ten and start shedding theatres by next weekend.

Up Next: An eclectic mix of films. The romance ME BEFORE YOU, the Andy Samberg comedy POPSTAR: NEVER STOP NEVER STOPPING and yet another superhero film TEENAGE MUTANT NIJA TURTLES: OUT OF THE SHADOWS.

Here, as always, are the 4-day weekend domestic estimates courtesy of our friends at Box Office Mojo:

Zahn McClarnon has some of the strongest hustle in the TV industry, he was in something like four totally unrelated shows I binged in a row through quarantine https://twitter.com/geekgirlauth/status/1334660842021937153

PEAKY BLINDERS Will Live On