We Have Our First Creepy Look at George R.R. Martin’s NIGHTFLYERS 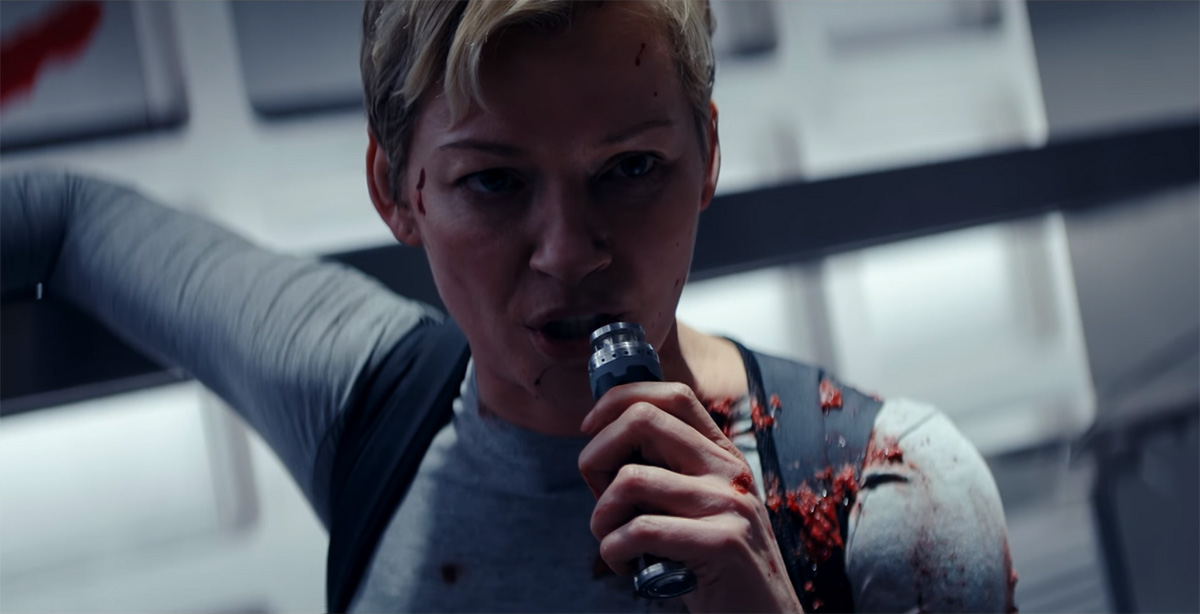 This is quite an introduction. Today, SyFy debuted a first look at Nightflyers. The new series is based on the novel of the same name by the beloved George R. R. Martin. You know him, right? Writer and creator of A Song of Ice and Fire, aka Game of Thrones. Yeah, you know him. Well now another piece of his work is being adapted into a TV series and this one looks immediately intense!

In the preview, we immediately get a sense of dread as the walls and floors are covered in blood. Something truly terrible as happened here. And whatever happened was a warning. “Do not board this ship, do not bring the Nightflyer back to Earth”. We get so many flashes of characters and scenes that it’s hard to pick out without hitting pause a million times. But we can see that this show will be creepy as all hell.

RELATED: Robot Gets an Upgrade in New LOST IN SPACE Trailer

Martin describes the book and the show as “a haunted house story on a starship…Psycho in space”, which is a dream for horror sci-fi fans. And frankly, it looks a bit insane! The ship itself looks quite dreary, with no real color outside of grey – which will make the blood that much more prominent. The work that went into the set as well is crazy with “acres of starship” being created. But if I’m being honest, I haven’t read the book so I’m not sure what happens. But it’s sure to be one hell of a ride.

Check out the preview below and let us know what you think! Be sure to come back to Geek Girl Authority for more sci-fi news! Nightflyers will debut sometime this fall.