Season 7 was so frustrating.  The season started with the gruesome deaths of Abraham (Michael Cudlitz) and Glenn (Steven Yeun).  We had to watch Rick (Andrew Lincoln) and all of Alexandria cower at the sight of Negan (Jeffrey Dean Morgan) the Saviors.  It took them half a season to finally come to the decision to fight back.

Of course there were individuals who wanted to fight back from the beginning, but they knew everyone would need to be on board to win.  Maggie (Lauren Cohan) and Michonne (Danai Gurira) waited patiently for Rick to realize this.  Carl (Chandler Riggs), Rosita (Christian Serratos) and Sasha (Sonequa Martin-Green) took action though.  Luckily for Carl, Negan liked him and he was spared.  Rosita’s action costs lives and Eugene (Josh McDermitt) was taken.  Sasha sacrificed herself in an effort to get close to Negan to kill him.

Eugene, ever the survivalist, turned Team Negan and now serves the Saviors.  Daryl (Norman Reedus) was taken too, but never once considered switching sides.  He escaped the Sanctuary and is now out for revenge. 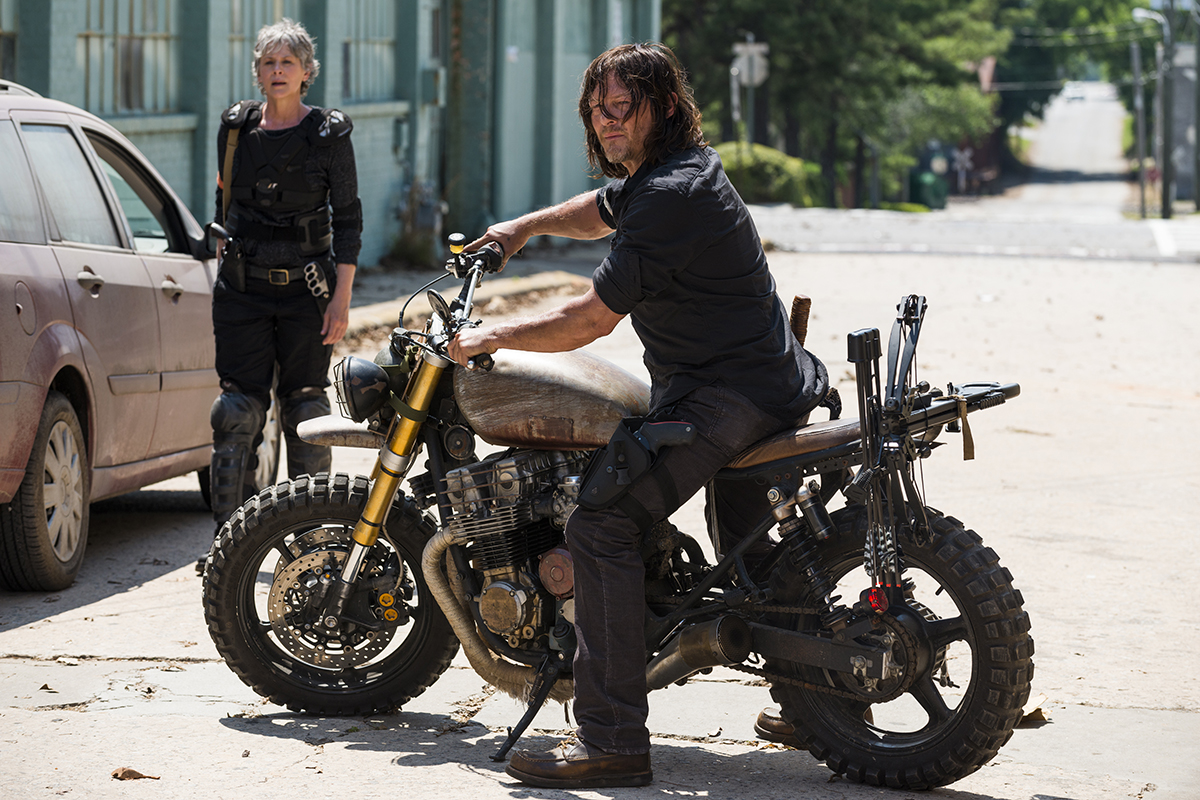 Carol (Melissa McBride) and Morgan (Lennie James) ended up at the Kingdom. Carol isolated herself because she was tired of killing to protect those she cared about.  Morgan was content to leaving her alone, but when he watched the Saviors kill a young boy, he knew it was time to fight.  Morgan told Carol what happened to Glenn and Abraham.  Now she’s on board to fight back.

Negan went too far. Rick had enough. Even Dwight (Austin Amelio) has seen the light and has secretly joined Team Rick. Rick and the others decided to get back at Negan, not just for revenge, but to live a better life.  Hilltop joined them.  The Kingdom joined after Carol went to Ezekiel.  Oceanside did not join, but provided guns. And the Scavengers joined…and then double crossed Alexandria. A fight broke out at Alexandria and that’s when the war began.

And here we are. 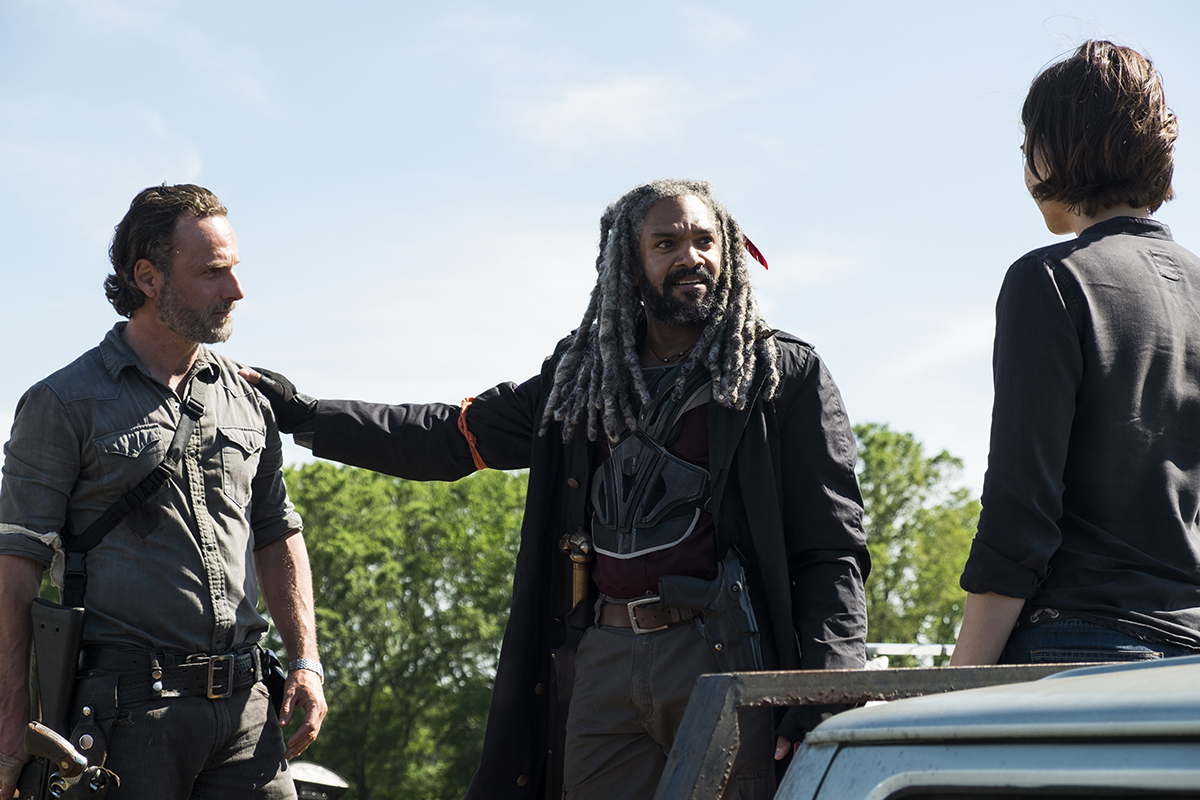 The season premiere starts out with Rick…of course.  There is a cane and flowers from the expected time jump.  Then back to present day Rick…waiting.

Then Rick in Hilltop at Glenn and Abraham’s graves.  Father Gabriel (Seth Gilliam) and Aaron (Ross Marquand) help Hilltop build something. Eric (Jordan Woods-Robinson), Maggie and Enid (Katelyn Nacon) are there too.

Someone (probably Daryl) shoots an arrow into Dwight’s motorcycle tire.

Tara (Alanna Masterson) and Carol are standing on an overpass, timing something and waiting.

Back to Rick, standing with Maggie and Ezekiel (Khary Payton) on the back of a truck, giving a speech to the three communities.

Dwight finds a note on the arrow that says “Tomorrow.”

Carol and Tara see what they are waiting for and hide.

Rick is talking about taking out those who try to change how they live and to not feel about bad about it.  He says there’s only one person who has to die…and he will kill him.

Creator Robert Kirkman, the executive producers, and cast have been saying this season is the best so far.  There will be lots of action, more heartbreaking deaths, some new faces, and Old Man Rick!  This is supposed to be explained in the first episode. The war will be over by the end of the season.  And Maggie will not be giving birth this season.  Watch the cold open of the 100th episode of The Walking Dead.

GET YOUR FIRST LOOK at the Season 8 cold open. Tune in for the full premiere event this Sunday 9/8C #TWD pic.twitter.com/5UKjbQt1Fz

"I love that fantasy can take us to another world, and...make us deal with these big high-stake situations."

Webtoon has announced their partnership with Rewriting Extinction! Check out everything you need to know before it kicks off on November 29th!