Home » Movies » Watch the Latest Trailer for ‘The Magnificent Seven’

Watch the Latest Trailer for ‘The Magnificent Seven’ 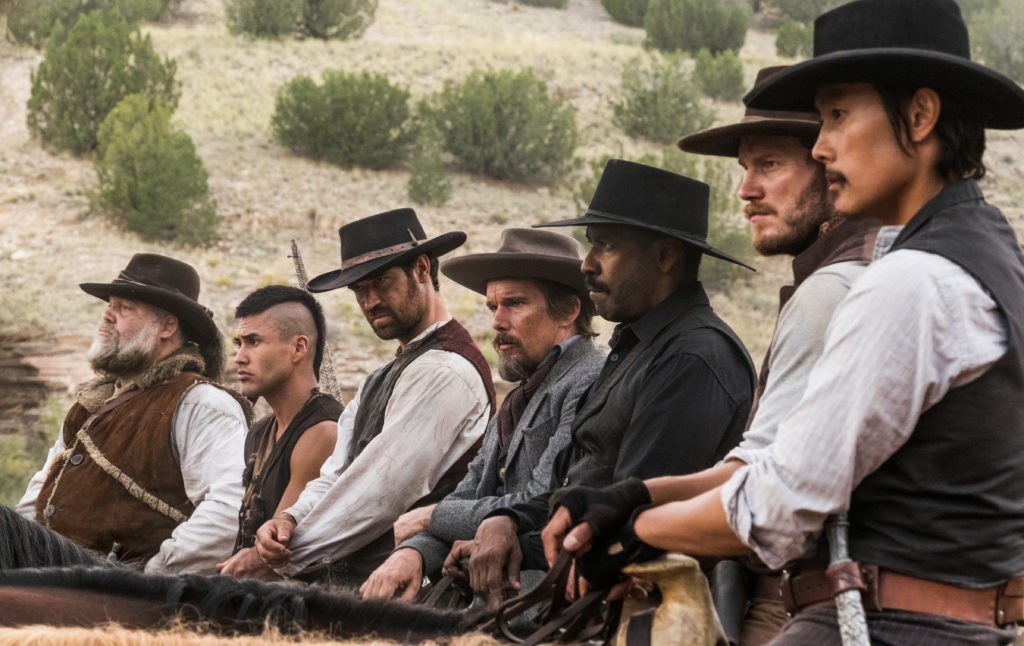 The Magnificent Seven is a remake of a classic 1960 western of the same name.  That movie, in turn, was an American adaptation of the 1956 Japanese film The Seven Samuraii by Akira Kurosawa.  Want to make that clear before we go any further.

The original Magnificent Seven was made in a time where westerns filled the action movie category and managed an all star cast.  It’s been a long time since I’ve seen the original, so most of the details are hazy, but, based on all the promotional material, this 2016 movie is not hiding its roots, in fact, the new is channeling the old.  Go ahead and google The Magnificent Seven and compare old press photos with the new ones.

Here is where the movie is breaking from tradition, it’s not an all white cast.  Excuse me while I stand up and cheer.  The easy route would have been to go ahead and cast all white actors, instead the team of mercenaries is led by Denzel Washington, and includes Byung-Hun Lee, Manuel Garcia-Rulfo, and Martin Sensmeier.

I would have loved to see a woman in one of the cowboy roles, but I’ll take what I can get.