Home » TV & Streaming » Watch Jerome Return from the Dead in this Sneak Peek of GOTHAM!

Watch Jerome Return from the Dead in this Sneak Peek of GOTHAM! 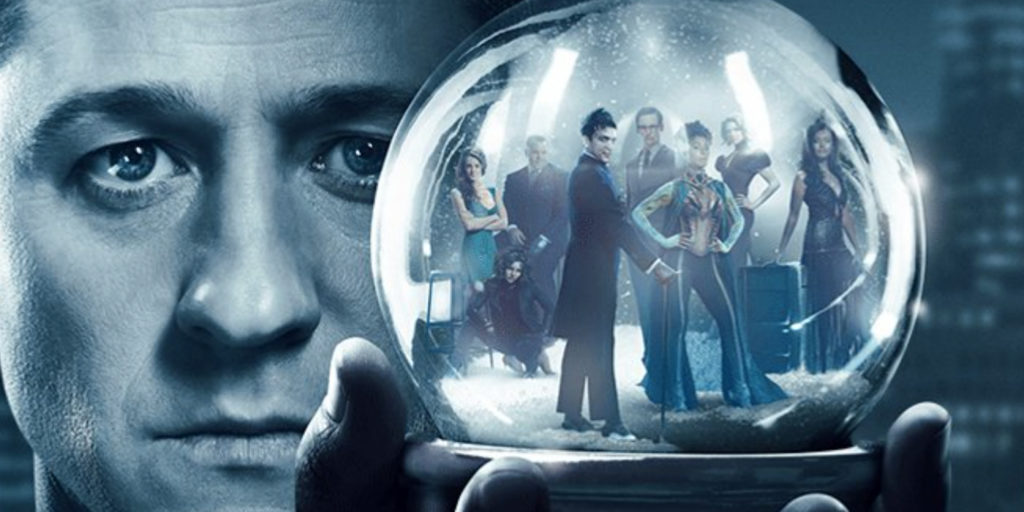 Well. It appears that the cat is out of the bag over on Fox’s Batman-prequel, Gotham — Edward Nygma (Cory Michael Smith) knows that Oswald Cobblepot (Robin Lord Taylor) is in love with him and, even worse, that he killed his latest girlfriend, Isabella. He wants revenge on him, so he teams up with the ladies over at Sirens to get that done, with the promise that Barbara Kean (Erin Richards) will lead the families once he’s over thrown.

And, even stranger than all of that is the supposed reveal that Selina Kyle’s mother is still alive and — part of the Court of Owls? Maybe?

With that, we concluded the first half of Gotham’s Third Season, subtitled “Mad City” and went in to the holiday break. We’ll have to wait until January of next year for any new episodes from Gotham. In the mean time, we at least know who we’ll be dealing with when we return — Proto-Joker.

Or Jerome (Cameron Monaghan) as he’s known. We’ve got the sneak peek trailer below, where you can watch the old villain, blood splatter on his face, returning to stir up trouble in all the crazy people in the city. But have no fear, Jim Gordon (Ben McKenzie) is in the middle of the insanity to keep it all contained.