As we’ve seen from Marvel Studios these past couple months, when it comes to Thor: Ragnarok, anything is possible. We have Oscar Winning actress Cate Blanchett as Hela, then Marvel cast Jeff Goldblum as The Grandmaster. Just with that it’s shaping up to be epic, but then at San Diego Comic Con, they confirmed Planet Hulk elements by first showing us Hulk’s gladiator armor, then showing us some pre-viz in their quick featurette to get the audience excited. And in that featurette we learned that the Fenris Wolf and Surtur are also planned for the film, which is more space journey than we may have initially thought!

And now, today, we’re learning that the Warriors Three, previously left off of the cast lists, might actually be in the film! It’s not confirmed by any means, but at least two of the three warriors are currently on the Gold Coast of Australia, where Thor: Ragnarok is filming, and are assumed to be there for filming.

It would make total sense for them to be in the film as they have been important parts of the other two films. Leaving them completely out would be tantamount to completely leaving out Loki or Odin. Maybe they are only there for a quick cameo or a dream sequence sort of thing, but it does seem that we’ll get our Warriors Three one more time.

What is the proof? First of all, we’ve got Tadanobu Asano, who plays Hogun the Grim, posting to his instagram a picture of him on the beach and simply saying, “Hello Australia😊”

Then there’s Ray Stevenson, who plays Volstagg the Voluminous, who apparently stopped in to get a tattoo before filming started. The picture ended up on the Punktured Tattoo Instagram, where he got his new ink.

“Look who just stopped by our Gold Coast studio, to get some ink in between filming THOR! It’s Ray Stevenson! Awesome work on the tatt Dai!”

Look who just stopped by our Gold Coast studio, to get some ink in between filming THOR! It’s Ray Stevenson! Awesome work on the tatt Dai! #punkturedtattoo #tattoo #thor #raystevenson #punktured

There have been no Zachary Levi sightings just yet, but if Hogun and Volstagg are there, it’s more than assured we’ll also see Fandral the Dashing not far behind. 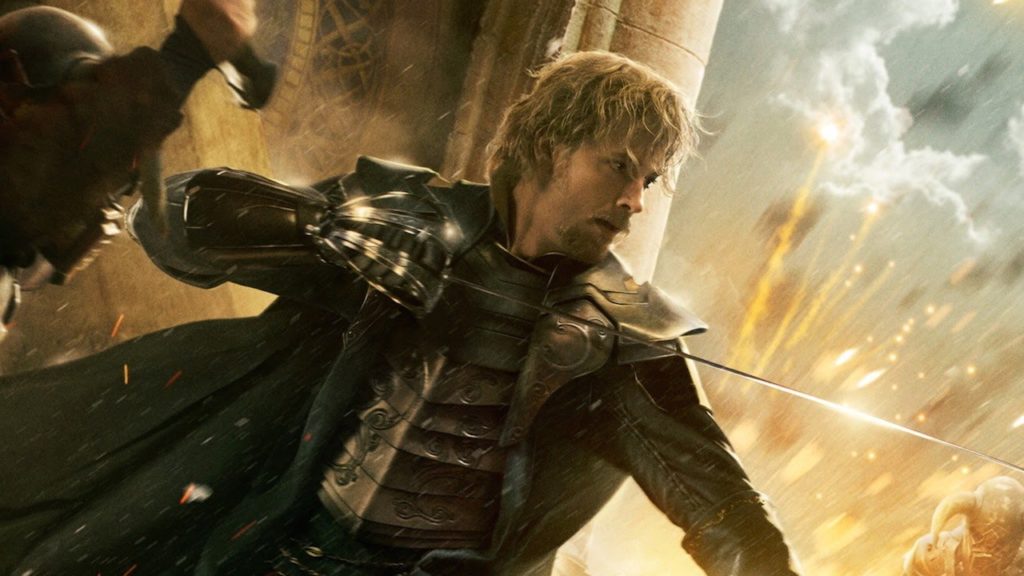 Thanks to comicbook.com for the leads on this one!