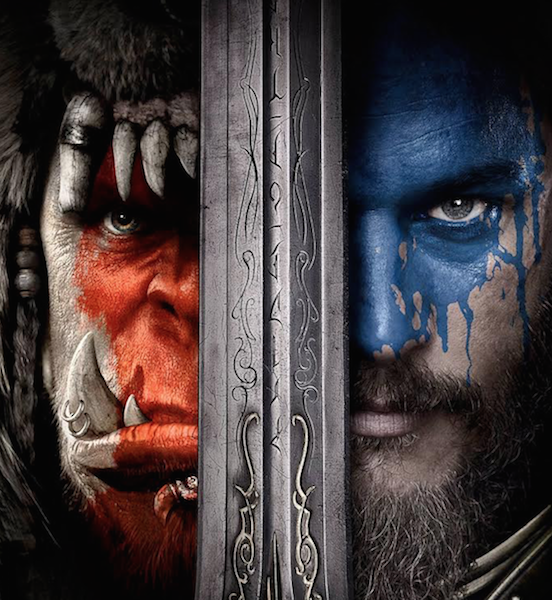 What was the last movie based off of a video game that you enjoyed?

I went into a prescreening of Warcraft earlier this week with very low expectations. I even posted a tweet about how I was not excited about seeing it 2 hours before the movie started.

At a Pre-Screening of Warcraft although I’d rather be seeing Nice Guys, Now You See Me 2, TMNT 2 or Civil War again but I’ll take what I can

Boy was I wrong. Warcraft blew me away! Thinking back I don’t know if I enjoyed it so much because I had such low expectations or because it was actually a fun summer blockbuster. (I’ll go with the latter)

The plot was derivative and predictable, but that is what a summer blockbuster is. I don’t want to say it is okay to be mediocre because we are use to it, but we really shouldn’t expect something complex and mature from a movie like this. (There is plenty of room in Hollywood for all kinds of movies!) It is made for the entertainment value and this movie is entertaining and fun.

The acting was another thing I could tell would be mediocre from the previews, but with the spectacle behind it, it didn’t bother me at all. (Also for any Preacher fans out there we got a little more Jesse and Tulip and if you are not a Preacher fan; the only logical explanation would be that you haven’t seen it yet so stop reading and go watch! We can wait)
–
–
–
–
–
–
–

Okay now that we are caught up on Preacher we can continue with Warcraft.

By the look of the trailers and commercials the CGI was my biggest beef going into the theater, but it was nearly perfect during the movie. The spectacle of it all, combining the CG and action was an absolute blast. It keeps you entertained just as it should. Lots of new things to see and they don’t waste time explaining certain things like why he rides a gryphon around, he just does! (Which is completely badass!) If you can accept the world they have built with little to no explanation than you will really enjoy this movie!

Now on this review I am going to do something a little different and bring in the perspective of somebody who has been playing Warcraft most of his life; my brother Trent. Here is his gamer’s view:

“Nostalgia.This is the one word that I can’t get away form after watching Warcraft. As a fan of the games for well over a decade I was worried about this movie being a flop; as most video game based movies are. I guess Illidan was right, I was not prepared!

Seeing the world I know and love on the big screen was amazing. Tears were shed and goosebumps had. The acting was mediocre, the special effects above average and the story is what you would expect from a movie version of Warcraft. This movie not only met my expectations, it exceeded them. I am looking forward to the sequels.”