Home » Movies » Is the Wand of Watoomb In the Upcoming Doctor Strange?

Is the Wand of Watoomb In the Upcoming Doctor Strange? 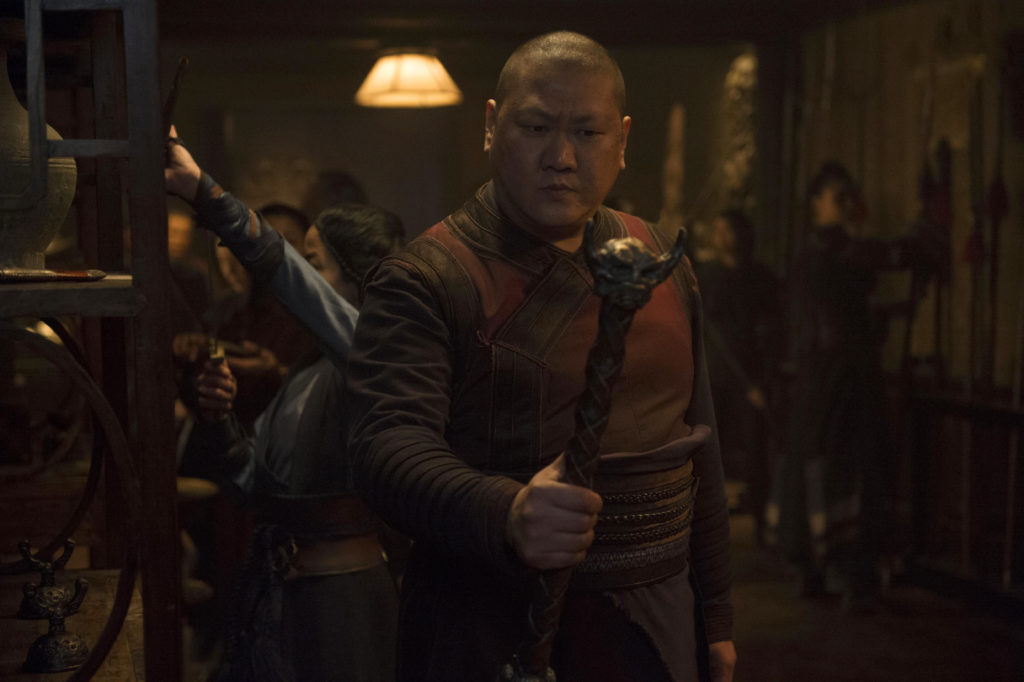 Doctor Strange safeguards a lot very dangerous mystical artifacts in the Marvel universe. There’s, of course, the Eye of Agamotto and the Cloak of Levitation, which are badges of the mantle, Sorcerer Supreme. He’s had in his possession the Ebony Blade, which he passed along to Valkyrie during her run with his team, the Defenders. He retrieved the reality-ending Book of Cagliostro from Baron Mordo and used it to save the universe from a god-like sorcerer named Sise-Neg. Along with that, he also watches over something called the Crystal of Kadavus, which can refocus dimensional energies into other objects.

But, perhaps one of the most dangerous objects is the Wand of Watoomb.

And just what exactly does the Wand of Watoomb do?

Short answer — it channels the powers of the deity Watoomb into the bearer of the wand.

Long answer — that’s a bit of a complicated.

The Wand of Watoomb is the earthly token of the deity Watoomb, one of eight deities that entered into a wager millennia ago of who was the most powerful. This cabal of thin-skinned deities is known as The Octessence and they placed portions of their mystical power into various tokens that were then placed around the earth. One of these tokens you might be familiar with — the Ruby of Cyttorak which turned Cain Marko into the unstoppable villain, The Juggernaut. Watoomb is one of these eight deities who placed his magical might into a token — a wand.

It has within it, basically, the power of a god who can, more or less, command the weather. It was originally broken in to two halves by Watoomb and given to Doctor Strange and another sorcerer, the villainous Xandu. Xandu was able to wrestle the other half from Doctor Strange and wield the Wand for a time, but with Spider-Man’s help he was able to secure it.

From there, the backstory gets a little unwieldy.

Needless to say, it’s a powerful object, granting the wielder of the Wand unbelievable power, capable of manipulating the weather, especially the wind. In fact, if you’re familiar with Doctor Strange at all, then you know one of the spells he invokes the most is called “The Winds of Watoomb.” This is because Watoomb is a powerful principality that has power over the winds and weather on Earth and abroad.

The Wand also, and maybe more importantly, allows one the ability to open portals to pretty much anywhere, even to the far reaches of the universe or into other dimensions.

So, with all of that said, Marvel released some high-def stills this week and one of them features Wong (Benedict Wong) in his library holding an artifact that very much looks like the Wand of Watoomb.

With director Scott Derrickson and writer Jon Spaihts being such fans of Doctor Strange and wanting to do some sincerely deep cuts into his comic history, it would not be surprising if this artifact made an appearance at the very least. Though, it could also explain how Kaecilius (Mads Mikkelsen) is able to disappear into other dimensions, whisk himself off to far-off worlds or commune with extra-dimensional demonic energies. If, indeed, he even does that in the film, which, it’s likely, he totally does.

If you want to see even more of these stills, you can see all of them at Comicbookmovie.com.