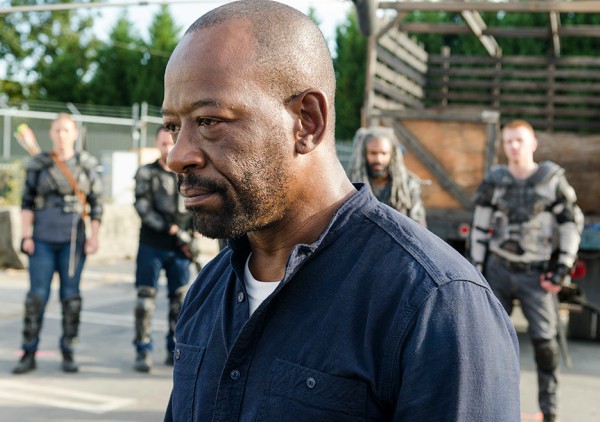 Wow! The Walking Dead is getting intense.  Last time, Rick and Michonne worked to secure their alliance with the Scavengers. They are close to getting what they need to take on Negan and the Saviors.  They were able to provide a little of what the Scavengers wants.  Rick and Michonne are optimistic about fulfilling the agreement.

Rosita searched for guns too, but came to the decision that she couldn’t wait for Rick to make a move. Rosita enlisted Sasha’s help to take matters into their own hands.

Tara struggled with the decision to tell Rick about the Oceanside community. A community of women, hurt by the Saviors, who have plenty of fire power.  By the end of the episode, it appears that Tara made up her mind to tell Rick about her encounter by the sea.

Click here for the full recap of The Walking Dead, ‘Say Yes’

Next week, we go back to the Kingdom.  If you recall, King Ezekiel refused to join Rick in his war against Negan.  Ezekiel says that his agreement with the Saviors is keeping the peace in the Kingdom.  The agreement is a secret he keeps from many of the residents of the Kingdom.

Carol remains in seclusion from the rest of the world.  Daryl found her.  When she asked if everyone was okay, he lied to avoid Carol doing something that she doesn’t want to do.

In the trailer for next week’s episode, it appears that The Kingdom’s agreement with the Saviors is in jeopardy.  How far can King Ezekiel be pushed before he starts fighting back? And Carol knows that something is not right. She seeks answers of her own.

Check out the trailer for the next episode of The Walking Dead, Bury Me Here.