Home » Stuff We Like » Viking Warrior Woman Confirmed Through DNA

Holy Lagertha!  There is finally scientific proof of female Viking warriors!  DNA tests of a known high-ranking Viking warrior have come back as all woman, baby!  And, while we may not be surprised… as there have been many and consistent historical accounts of Viking women fighting along side men…  we should feel some form of vindication or pride.  Because this warrior was a big deal.

The grave was first discovered in Birka, Sweden in the 1880’s.  Given the burial, complete with an arsenal of weapons, gaming equipment and two horses (a mare and a stallion), those who discovered it determined that this was the grave of a powerful Viking warrior.  They also assumed, despite skeletal characteristics, that the warrior must be male.  WRONG.

Researcher Anna Kjellström re-examined the skeleton from this burial, which was of high interest among researchers because of the bevy of items the skeleton was buried with; suggesting that this was a very important, high-ranking individual.  She noticed that the skeleton looked female.  Researchers tested a tooth root and part of the upper arm.  Both came back as definitively female.  XX all the way.  The conclusion: “The individual in grave BJ581 is the first confirmed female high-ranking Viking warrior,”. 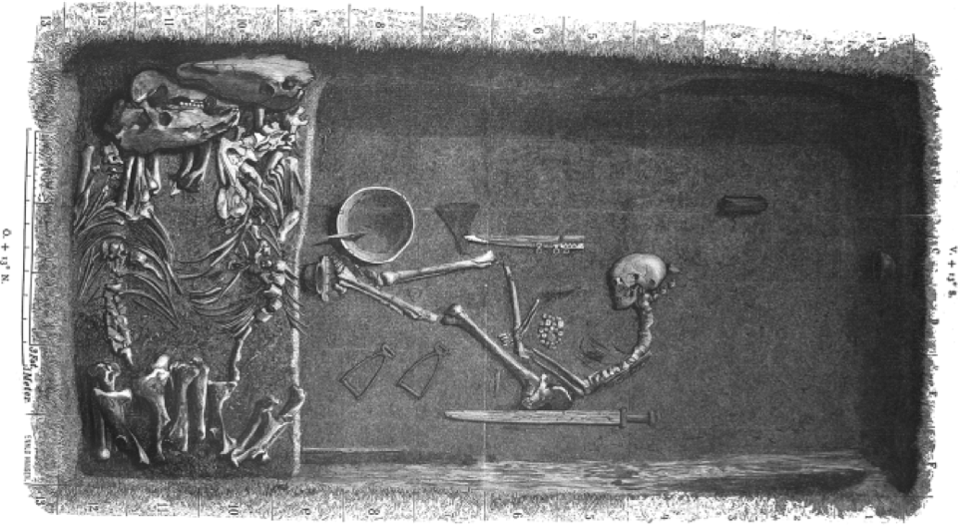 What’s VERY exciting about this confirmation, is not only the need to restructure the way some have thought about Viking culture and female agency within it, but the need to restructure the SCIENCE of Viking research.  For centuries, burial sites like this one were just assumed to have male skeletons in them. Researchers noted, “similar associations of women buried with weapons have been dismissed, arguing that the armaments could have been heirlooms, carriers of symbolic meaning, or grave goods reflecting the status and role of the family rather than the individual. Male individuals in burials with similar material record are not questioned in the same way.”  Surprised?  Me neither.

So, as Forbes puts it, ‘This finding should make all archaeologists question previous identifications of the sex of Viking warriors.’  Yes.  Yes, it should.