Home » The Daily Bugle » THE VAMPIRE CHRONICLES Coming To TV!

THE VAMPIRE CHRONICLES Coming To TV! 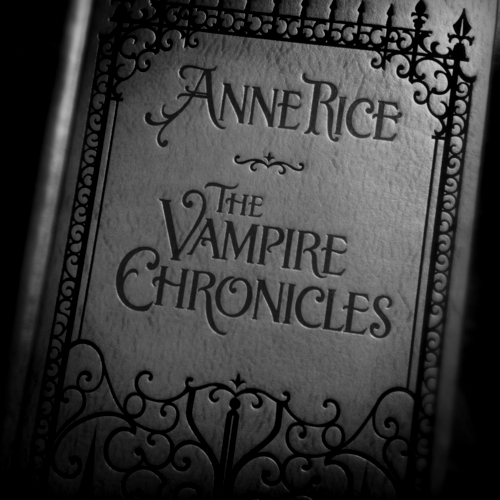 That’s right! Our favorite vampires from The Vampire Chronicles will be coming to the small screen. Anne Rice and her son, Christopher, announced that they won back the rights to the series. They’re currently developing a pilot script to pitch to networks.

Not too long ago Universal Studios was working on another movie adaption. It appears that things did not work out and Rice has the rights. What does she want to do with them? It’s now her dream to make a television series. She made the announcement on her Facebook page.

The theatrical rights to the Vampire Chronicles are once again in my hands, free and clear! I could not be more excited about this! — A television series of the highest quality is now my dream for Lestat, Louis, Armand, Marius and the entire tribe. In this the new Golden Age of television, such a series is THE way to let the entire story of the vampires unfold. — My son Christopher Rice and I will be developing a pilot script and a detailed outline for an open ended series, faithfully presenting Lestat’s story as it is told in the books, complete with the many situations that readers expect to see. We will likely begin with “The Vampire Lestat” and move on from there. —– When we sit down finally to talk to producers, we will have a fully realized vision of this project with Christopher as the executive producer at the helm. I will also be an executive producer all the way. —- Again, I cannot tell you how happy it makes me to be able to announce this. —- As many of you know, Universal Studios and Imagine Entertainment had optioned the series to develop motion pictures from it, and though we had the pleasure of working with many fine people in connection with this plan, it did not work out. It is, more than ever, abundantly clear that television is where the vampires belong. —- Over the years you all have told me how much you want to see a “Game of Thrones” style faithful rendering of this material, and how much you want for the series to remain in my control. Well, I have heard you. I have always heard you. What you want is what I want. — You, the readers, made these books a success before any movie was ever made based on them, and I will never forget that fact. —- Christopher and I will be posting many questions on the page for your input in the days to come. —– I am filled with optimism this morning about the future for my beloved Brat Prince. What better way to start a tour for the new book!

Two film adaptations have released since the series beginning in 1976. Interview With The Vampire was released in 1994 starring Tom Cruise, Brad Pitt, Kirsten Dunst, Antonio Banderas and Christian Slater.  It was a success taking in a box office of 223 million and received Oscar nominations for Best Art Direction and Best Original Score. Kirsten Dunst received a Golden Globe nomination for Best Supporting Actress for her role in the film as well.

The follow-up was an adaption of Queen of the Damned in 2002. Starring Stuart Townsend and Aaliyah, this adaption had less success, only getting 45 million at the box office on a 35 million budget. Since then, the Chronicles have yet to appear again. So this is very exciting news for Chronicles fans!

While it’s still a long way off, fans will sit with bated breath as the process unfolds. Here’s hoping for success!

Are you excited for a Vampire Chronicles television series? Are you crossing your fingers for a Netflix adaption like I am? Let us know and be sure to read the latest book in the Chronicles series, Prince Lestat and the Realm of Atlantis, out now!