It seems Chris’s are all the rage in Hollywood right now. Of course, we have a plethora them over at Marvel. Chris Evans, Chris Pratt and Chris Hemsworth each took their turn dominating the summer movie box-office. Meanwhile, with the entrance of Chris Pine into the DC cinematic universe, the circle seems complete.

We here at Geek Girl Authority are taking the time to spotlight and profile each of these talented actors. What are some of their greatest roles? Why are they awesome? What makes them our favorite Chris? 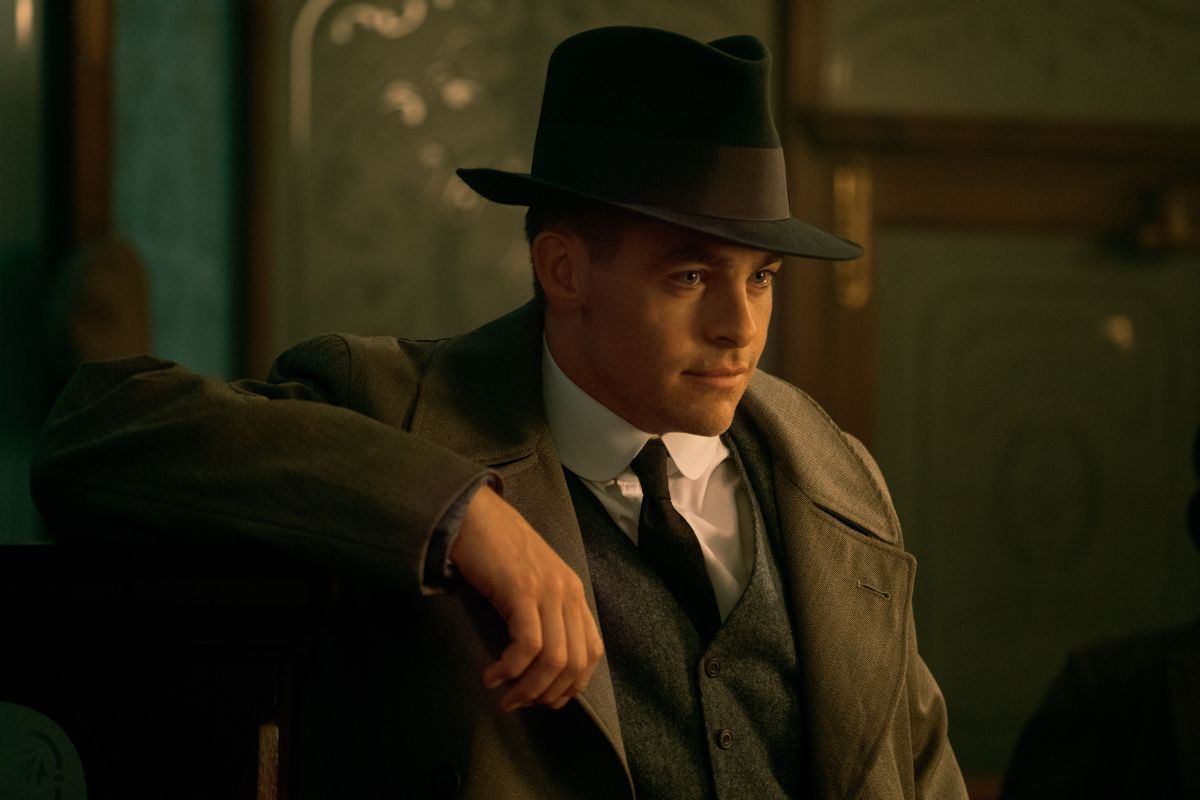 With his entrance into the DC Cinematic Universe as Steve Trevor, Chris Pine continues to demonstrate why he’s a Hollywood mainstay. Over his more than fifteen year career, Pine has continued to evolve and develop as an actor. While he’s shown no fear in jumping into big budget tentpoles like the Star Trek franchise and Wonder Woman, Pine has also taken on challenging roles smaller indie films like Hell or High Water. With each passing year, Chris Pine has continued to challenge himself with new and different roles, demonstrating his continuing evolution as a performer.

Chris Pine began in the film industry almost fifteen years ago. However, as a child of Hollywood, his exposure to Hollywood came many years before. Pine comes from an acting family. His father Robert Pine is best remembered for his role on CHiPs. The drama, which followed the adventures of the California Highway Patrol, dominated the airwaves in the late 1970s. Pine’s mother Gwynne Gilford is also an actress. She appeared on a number of television series during the 1960s and 1970s. Furthermore, Pine’s grandmother Anne Gwynne was also an actress. She enjoyed a thirty year career, working predominantly for Universal Pictures during the 1940s and 1950s.

Chris Pine made his feature film debut in 2004’s The Princess Diaries 2. The film starred fellow star-on-the-rise Anne Hathaway, as well as legendary stage and screen star Julie Andrews. The film was a feature follow-up to the ultra-successful 2001 family film, The Princess Diaries. The film features Pine as Nicholas Devereaux, the foil and eventual love interest for spunky, perky Princess Mia (Hathaway). 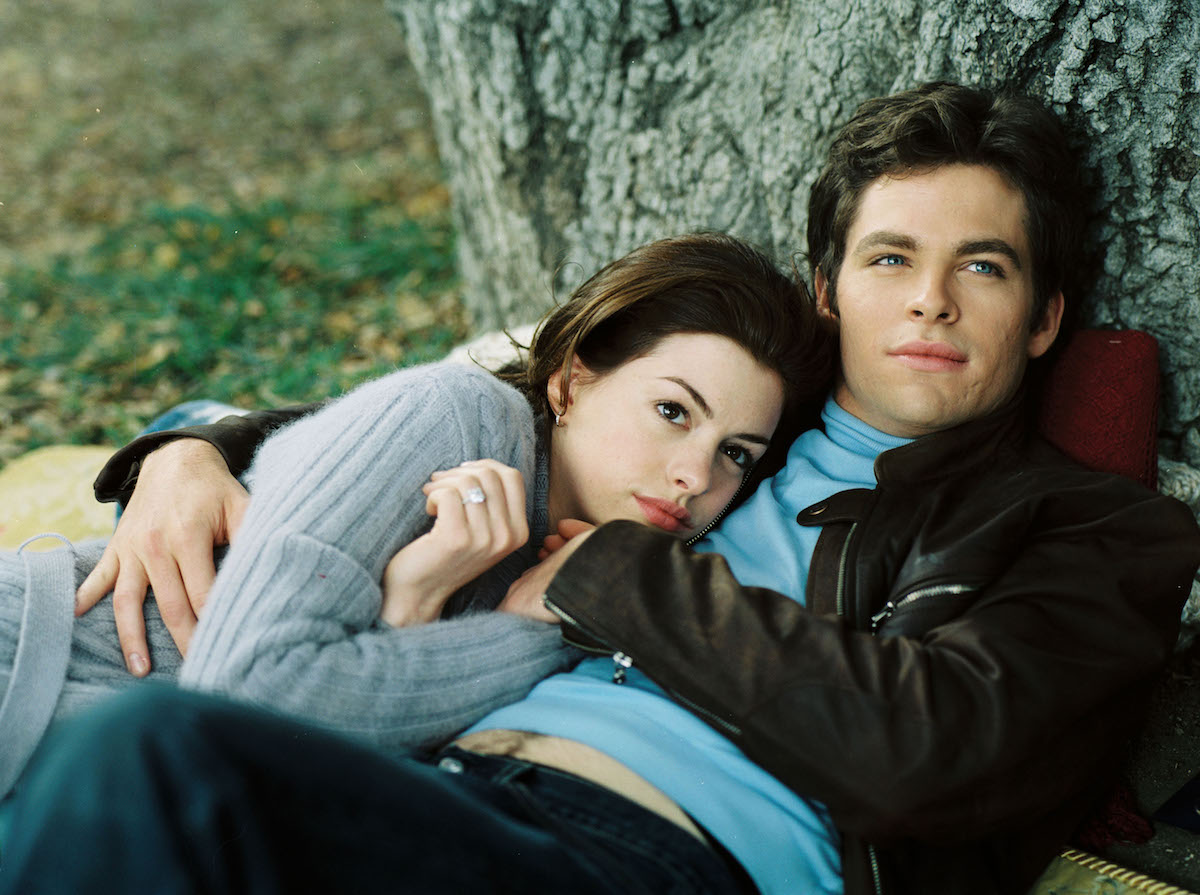 With his foot finally in the Hollywood door, Pine found himself a staple in teen films throughout the early years of the 2000’s. He appeared opposite Lindsay Lohan in Just My Luck as well as headlining Blind Dating. However, Pine’s career took off in 2009 when he joined J.J. Abrams much anticipated Star Trek reboot in the role of James T. Kirk.

His performance as Captain Kirk propelled Pine to a new level of stardom. Suddenly, his initial roles as juvenile, teen movie leads were behind him. He found himself helming a big-budget tent pole piece. The young actor made the jump to A-list leading man and movie star. 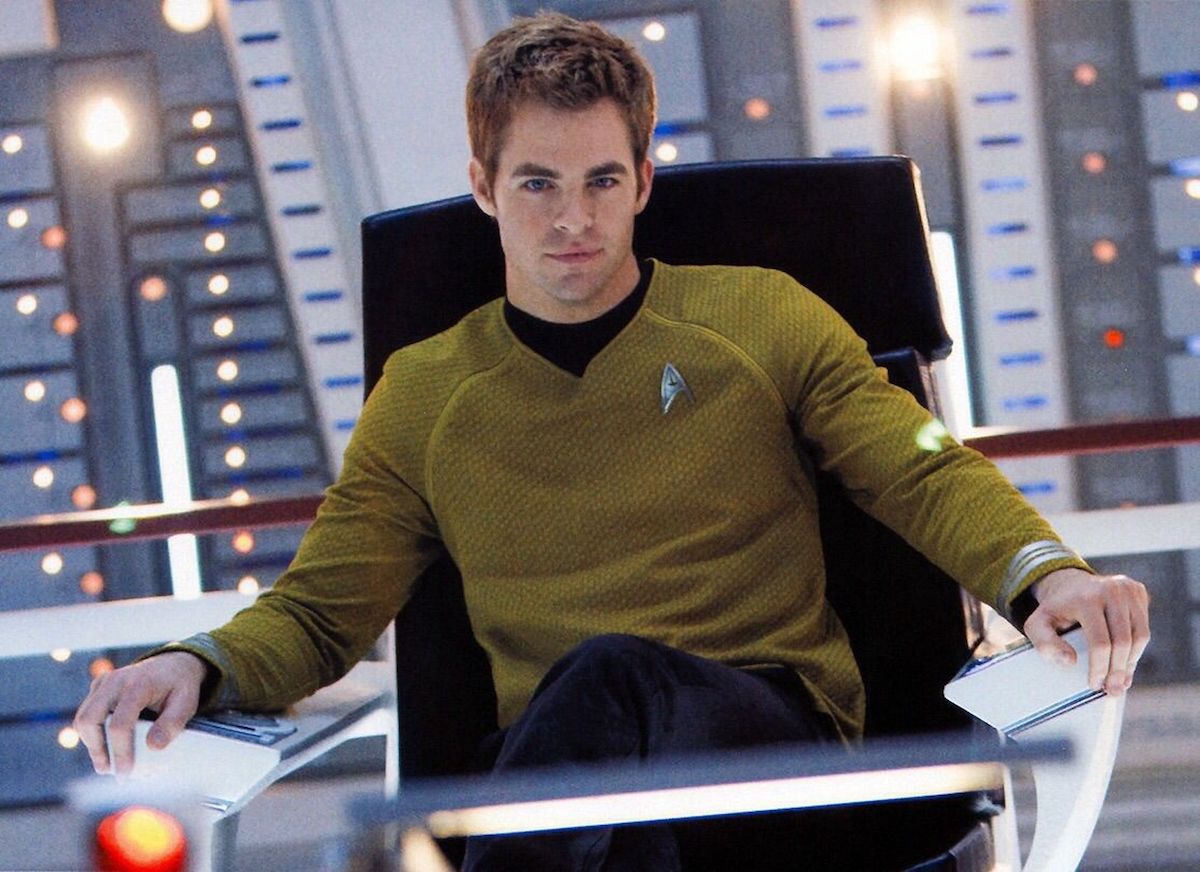 As a result of  the critical and popular success of Star Trek, Pine dove head first into this new phase in his career. He continued to lock down big-budget films with ease. Not only have two Star Trek sequels followed, in 2014 Pine became the most recent actor to take on the franchise role of Jack Ryan.

While Pine has been kept more than busy with roles in these big-budget films, the young actor has began to select more challenging, and complicated roles. In 2014 Pine co-stared in the comedy sequel Horrible Bosses 2. The villainous character proved to be a departure for Pine, who threw everything he had into the against-type role. That same year he joined the cast of the musical Into The Woods, which featured Pine even doing his own singing. 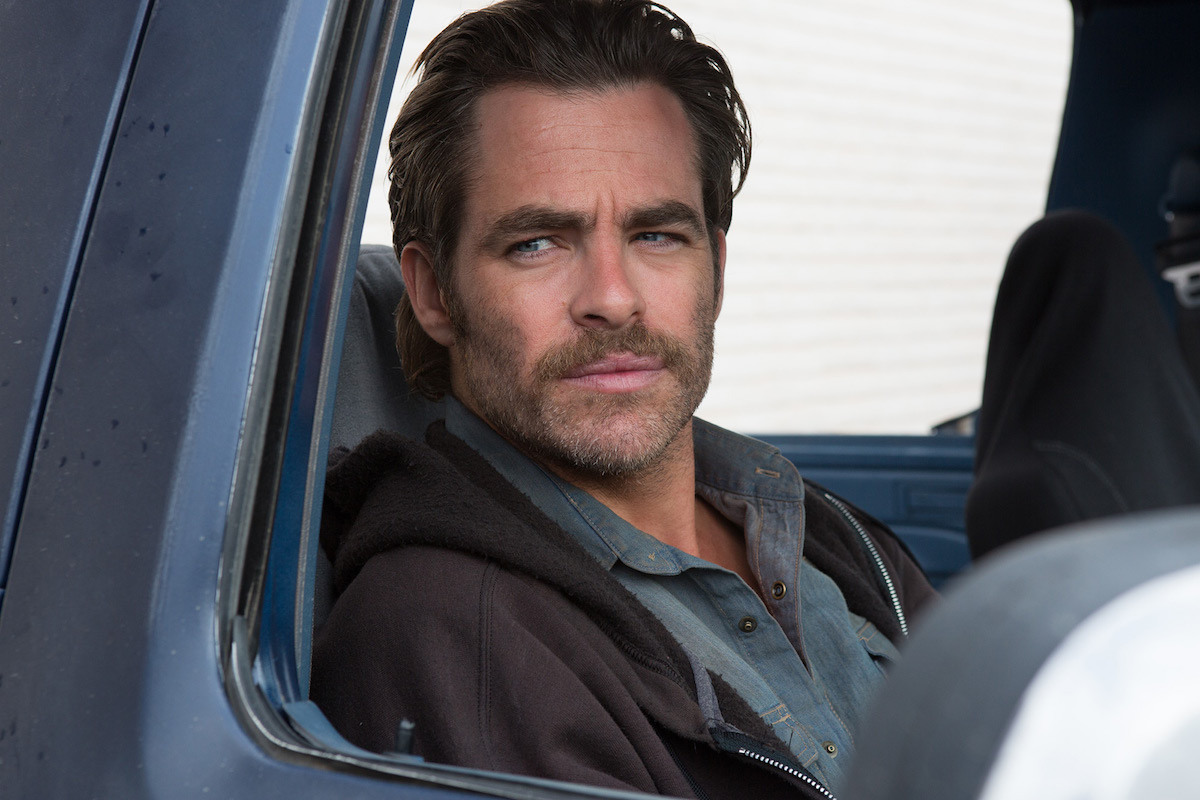 In 2016, Pine signed to star in Hell or High Water. The contemporary western follows two brothers (Pine and Ben Foster) robbing banks in the economically depressed landscape of west Texas.

While it has the markings of a western and heist film, Hell or High Water is at its roots a character drama. In his portrayal of Toby, a rancher struggling to make something more for his broken family, Pine reaches new levels of brilliance. 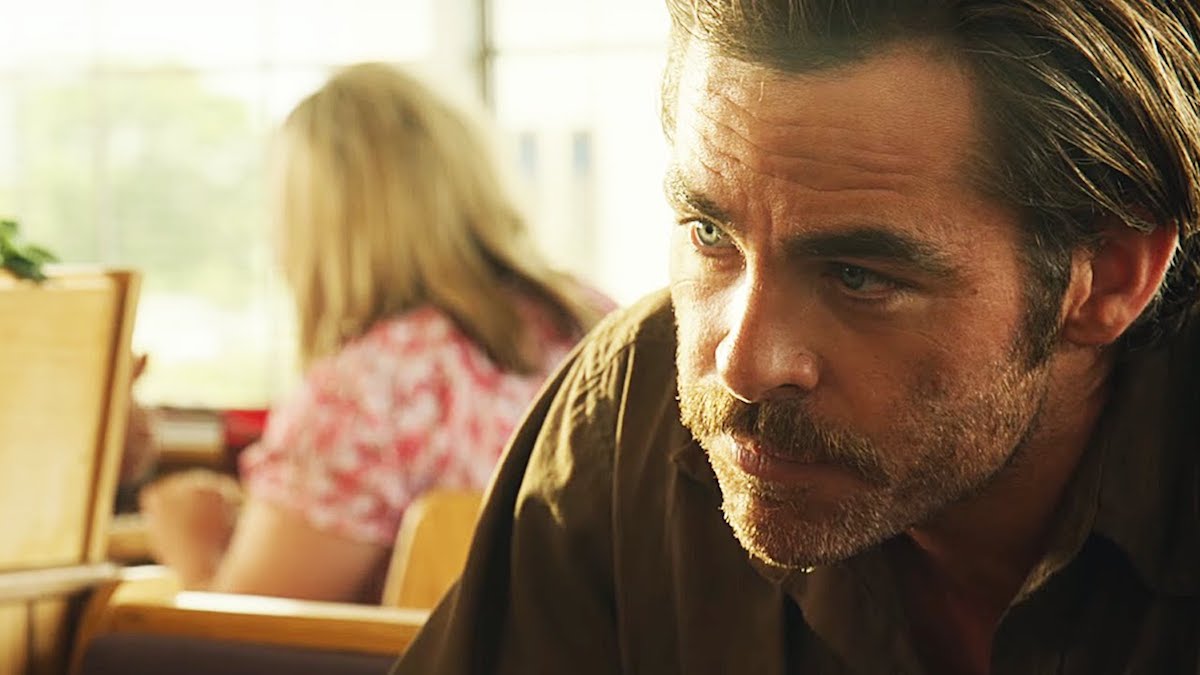 His role in the film once again sees Pine stepping away from his usual character to play against type. Toby is a quiet and introspective role. Pine absolutely shines in the film, completely loosing himself in the part. Toby serves as an excellent counterpoint to his brother Tanner (played by the equally amazing Ben Foster). The film (which was nominated for 4 Academy Awards) placed on numerous Top 10 lists for 2016. It is definitely a must see for fans of Pine.

With the 2017 release of Wonder Woman, Pine found himself in yet another big-budget, franchise film. However, Wonder Woman shows Pine continuing to hone and develop his craft. He puts in yet another beautiful performance, this time as military spy Steve Trevor. 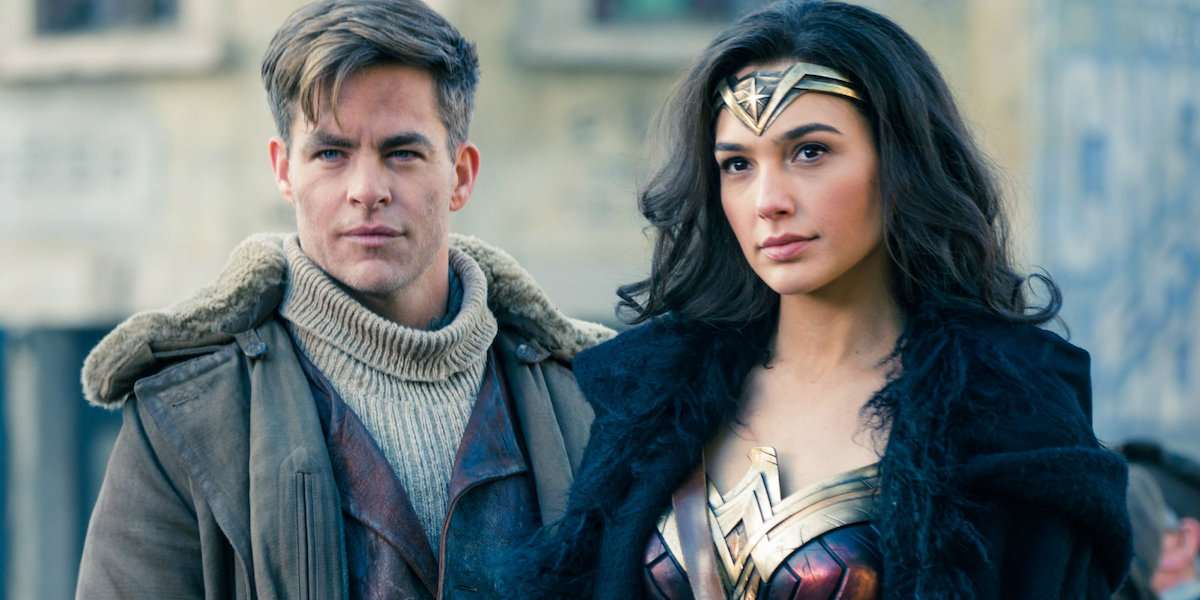 In his performance, Pine comes at Trevor from a fascinating angle. His interpretation brings a wide-eyed quality to the hardened military man. His character is not emasculated, but rather conjures a sense wounded masculinity. He finds himself lost, burned out and perhaps a bit traumatized by the extreme violence going on around him. Trevor doesn’t have all the answers anymore. He just knows he needs to do something. However, as his relationship forms with Diana, he finds himself increasingly able to lean on her. They are very much an equal partnership.

Chris Pine is not a newcomer to Hollywood. His skills as an actor have took him through a tremendous evolution during his time in the spotlight. While he began as a teen heartthrob, he morphed easily into a more mature, awards caliber actor. Each year brings more great work from Chris Pine. Here’s to seeing what he’ll bring to screens next.

Up Next for Chris Pine: