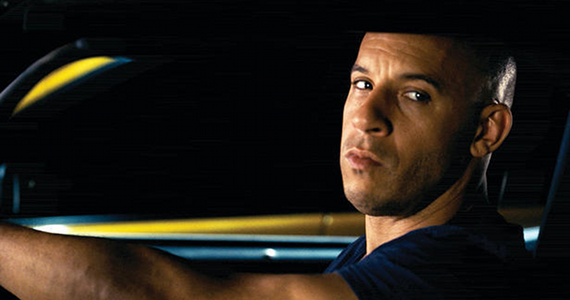 RACE TO THE BOTTOM

There are a ton of car movies out there that span across the spectrum from good movies to very, very bad movies. Good car movies combine some essential elements: fast cars, beautiful people, crash scenes, race sequences, a plot we can follow, characters we care about, and some amazing cinematography. Unfortunately, though, the movies on this list are missing some of these elements (or all of them), but we love them anyway. 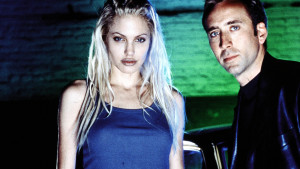 7. Gone in 60 Seconds
“Gone in 60 Seconds” is a film that came out in 2000 and was directed by Dominic Sena.
Memphis Raines (Nicolas Cage) is done with his life of crime until his brother finds himself in trouble and needs to steal an obscene amount of cars in a very short amount of time. In order to save his brother, Memphis and his old gang of car thieves come together again to save his brother’s life.
What we hate:
The movie is what it is; it’s not great, but it’s not the worst either. It hits most of the essential needs to make a car movie great, but it doesn’t hit them very well. There are rad cars, chase scenes, beautiful people, but, come on, that Eleanor jump scene causes eye rolls all around.
What we love:
So many cars! The cars are beautiful, and have their own unique female names. It’s not the best movie in the world, but sometimes you’re just in the mood for it. It has Angelina Jolie, some chuckles, and it’s an easy movie to half-watch when it’s on television. 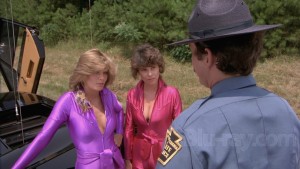 6. The Cannonball Run
Burt Reynolds, Farrah Fawcett, Roger Moore and Jackie Chan are just a few of the names in this 1981 film directed by Hal Needham.
A bunch of eccentric race teams join in an illegal cross-country race and engage in some questionable and dirty tactics in order to win.
What we hate:
This movie is pretty hollow and predictable throughout. It’s not very artistic, it’s cut and dry, and it isn’t very special or memorable. It doesn’t hit very many essential elements, it’s filled with stereotypes and cheap laughs and feels more like the shell of the movie instead of the meat of the movie. Needham also directed “Smokey and the Bandit” just four years before “Cannonball Run”, but both the movie and Burt Reynolds were way better in the former.
What we love:
It’s really hard not to love the all-star cast paired with the list of amazing vintage cars from this era. It’s not a life-changing movie, but the stunts and the gag reel at the end are still pretty great. 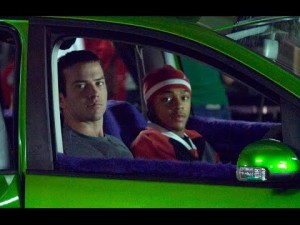 5. The Fast and the Furious: Tokyo Drift
“The Fast and the Furious” franchise is huge with seven films released and at least one more scheduled, but it seems they will just keep going with these until people stop going to the theatres.
“The Fast and the Furious: Tokyo Drift” is the third installment in the franchise, was released in 2006, and directed by Justin Lin. It is about a teenage boy who gets himself into trouble in the U.S. and moves in with his father in Tokyo to avoid a jail sentence in America. He then finds himself immersed in the world of drift racing.
What we hate:
If “The Fast and the Furious” franchise was a group of teenage girls, “Tokyo Drift” would be the girl they all secretly make fun of. It doesn’t quite fit in with the other movies and it throws a wrench into the franchise timeline. Now, technically, the timeline is (not counting the short films): 1, 2, 4, 5, 6, 3, 7, and 8. So besides the frustrating timeline issues, the acting is pretty stale, and the storyline is limp.
What we love:
Honestly, the movie is pretty cool. The race sequences are amazing, you get to see a lot of Han’s backstory (a key character in later movies), Dom (Vin Diesel) makes an appearance at the end to help tie things together, sort of, the cars are rad, the soundtrack is awesome, and Bow Wow is a key character. It doesn’t have the skydiving car scene from the seventh movie that is topping lists for stunts in car movies, but the drifting scenes make for dynamic race sequences that aren’t seen very often in U.S. car movies.

4. Herbie: Fully Loaded
“Herbie: Fully Loaded” is a movie released in 2005, directed by Angela Robinson, and starring Lindsay Lohan.
This movie is a modern take on the old Herbie movies where this little car has a personality and a mind of its own. In this movie, Herbie and Maggie (Lohan) are entered in a NASCAR race to prove themselves after being overlooked.
What we hate:
Is it really a car movie? I guess it is in the sense that it is, in fact, about a car. There are also NASCAR cars in it, but it’s not a car movie in the sense that others are, so the car-porn factor is out. It’s cheesy, but it’s a movie for kids, so the expectation needs to be realistic.
What we love:
It brings with it feelings of nostalgia for many age groups. Herbie is cute, there are many cameos by real NASCAR drivers like Jeff Gordon, Jimmie Johnson, Tony Stewart, Mark Martin, and Dale Earnhardt Jr, and you get to see Lindsay Lohan just before she went off the deep end. 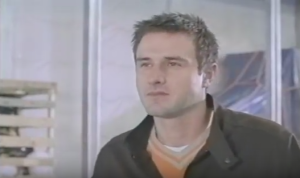 3. RPM
David Arquette plays a professional car thief in “RPM”, released in 2000 and directed by Ian Sharp.
Luke (Arquette) tries to steal a prototype supercar for an oil tycoon in exchange for one billion dollars. Since the prototype doesn’t require a power source, he is worried that the car will ruin his oil business. He is being chased by a whole slew of people and he begins a romance with a woman who helps him steal the prototype.
What we hate:
We hate all of this movie; it’s genuinely really, very bad. It’s hard to know where to start: the acting, the characters, the storyline, the directing, everything, it’s very bad. To get a taste of what I mean,watch the trailer. It’s impossible to take Arquette seriously, the writing is cheesy, and it makes viewers cringe in embarrassment.
What we love:
There’s something to be said for a movie that is so bad that it’s good. This movie will make you laugh at the ridiculous script, acting, and character development. Also this movie does feature some awesome European cars as well as an adorable puppy sidekick.

2. Redline
“Redline” was released in 2007 and is directed by Andy Cheng.
Natasha (Nadia Bjorlin) is a mechanic/musician looking to move her music career forward but somehow finds herself involved in illegal drag racing among a group of multimillionaire car enthusiasts. She agrees to be the racer for one of the millionaires in exchange for a recording contract.
What we hate:
The background of this film is filled with drama. Producer Daniel Sadek became wealthy after issuing bad subprime loans and decided to buy every single one of his dream cars. His fiancé and main character of “Redline”, Bjorlin, was an actress looking to break into the film scene, so he basically decided to make this movie to help her out and show off his toys. Sadek is on Vanity Fair’s list of their “100 to Blame” for the subprime mortgage crisis in relation to this movie. Not only is the background of this movie bad, the acting is bad, the plotline is bad, Eddie Griffin is bad, and there’s not really a point to the movie.
What we love:
Car porn! The movie is filled with beautiful cars and beautiful people. This movie has a McLaren, Porsche Carrera GT, Enzo Ferrari, Lamborghini Diablo, Saleen S7, and a Koenigsegg CCX. 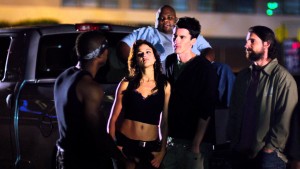 1. 200 MPH
This movie was released in 2011 direct to DVD and is directed by Cole S. McKay.
Rick’s (Jaz Martin) brother is run off the road by a drug dealer so he decides to enter a race, modify his car, and win to make it right. He’s a good-boy-gone-bad in the struggle to grieve his brother’s death, so he needs revenge.
What we hate:
It’s trying desperately to be like “Fast and the Furious” – illegal street racing, modified cars, and a few team members bearing striking resemblances to those in the “Fast and Furious” franchise make the similarities hard to ignore. The visual effects… are embarrassing to say the least. The acting is atrocious, the technical mistakes when referencing the vehicles are unbelievable, and you’ll spend most of the movie with your mouth open at how ridiculously bad it is. At a few points, the main character’s car completely changes into a different car and it’s never talked about… It completely changes make, model, and color.
What we love:
This movie is absolutely hilarious to watch, especially for people who know cars. It’s accidently a great comedy that you have to watch at least once. Also, just reading the IMDB reviews will make you smile a little; it’s commonly referred to as the worst movie of all time.