“Ten years before Kirk, Spock and the Enterprise, there was Discovery.”

The first official trailer for the brand new CBS All Access series, Star Trek: Discovery, has been released and since then there has been a flood of emotions, opinions and more opinions.

From Twitter to Reddit and all the rest of the online social interactions, you got comments ranging from “What is this Jar Jar Trek?” to “I’m in!” Full disclosure, that last quote was from me. The journey of this series, from inception to present day, has been a roller coaster, but that really isn’t any different from previous series. See any documentary or read any behind-the-scenes information about Star Trek: TNG, for example.

My initial feeling was that it looked a bit bleak and definitely leans towards the Kelvin timeline, as far as the aesthetic. With Alex Kurtzman involved, I wasn’t surprised and it didn’t turn me off.

RELATED: Here is the First Trailer for STAR TREK: DISCOVERY

In general, I am extremely pleased with diversity of the cast and characters. Star Trek was the first in televised science fiction, and has always been at the forefront of pushing those boundaries and challenging what was generally thought of as taboo. Successfully creating a world that we could all aspire to: one of inclusivity and curiosity. Imagine my giddiness with the opening of the trailer focused on two women of color, then a shot of Officer Burnham and Sarek’s voice over “Great unifiers are few and far between, but they do come.” I’m in. That’s it. Captain Georgiou’s declaration of “Starfleet doesn’t fire first“ sealed the deal. Because I am a person of science, I will be a fan until proved otherwise.

In no particular order here are 5 really cool things that stood out to me:

1. James Frain as Sarek – Perfection. We at Geek Girl Authority think this is perfect casting and he looks amazing as Spock’s cold and unimpressed father, Sarek. When Frain’s casting was announced, I thought without a doubt, that that was a great choice. But seeing him in full costume, his similarity to the original actor, Mark Lenard, is striking. This was the moment, that connected me with the trailer and that leads me to my next stand-out moment…

2. Is Officer Burnham half Vulcan? Sarek says to a young Michael Burnham “You will never learn Vulcan, your tongue is too human.“ There is certainly a relationship with Sarek and Burnham, but what that means, I’m just not sure yet. Father figure, mentor, hard ass? We’ll have to see. If she is half Vulcan, she definitely leans towards the human side. From what we’ve seen so far, she’s someone that leads with her gut and her heart.

3. Captain Philippa Georgiou and Officer Michael Burnham – A female Captain mentoring a female First Officer in Star Trek?! Girl Power?! Yes, please! These ladies lead the trailer and I think this fact speaks volumes about the direction this series will take.

4. Klingons, Klingons Klingons! – Because of sweet Worf, the Klingons easily became my favorites, even more than the Vulcans. This trailer makes it’s clear that there will be a battle with the warrior race and I love it. A lot of fans are concerned about their look and how different it is. Let’s all remember our history, though. Star Trek: Enterprise confirmed that there was a group of ancient Klingons that died of Levodian Flu after experimenting with genetic material to spruce up their genes. That ultimately weakened them. This may be the reason for the different “look.” 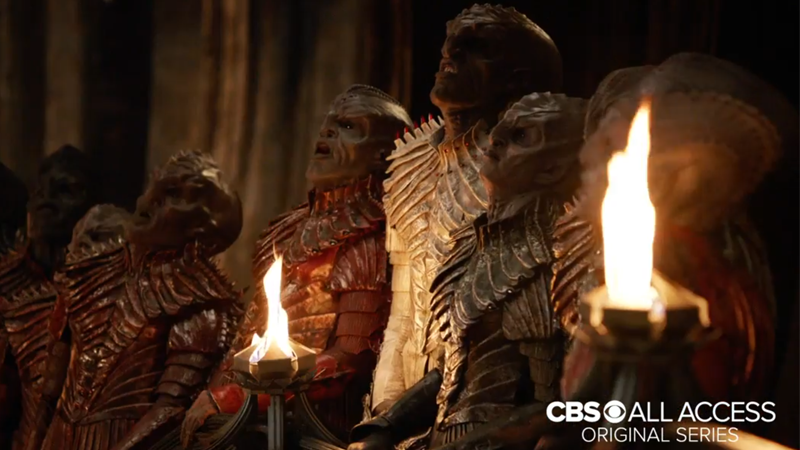 5. Doug Jones as Science Officer Lt. Saru – I am a Doug Jones fan, no matter what and I love this guy. It’s a very interesting race whose sole purpose is to “… to sense the coming of death.”  Stressful, to say the least. I mean isn’t death always coming to one degree or another? 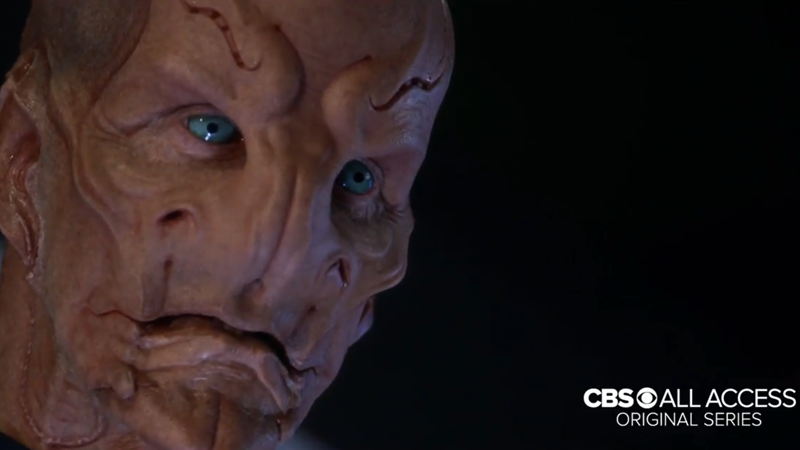 I’m looking forward to seeing more of the cast, particularly Jason Isaacs and Anthony Rapp, hopefully in the next trailer, and I’m so on board to boldly go where no one has gone before!

Star Trek: Discovery will be on CBS All Access sometime in the fall.