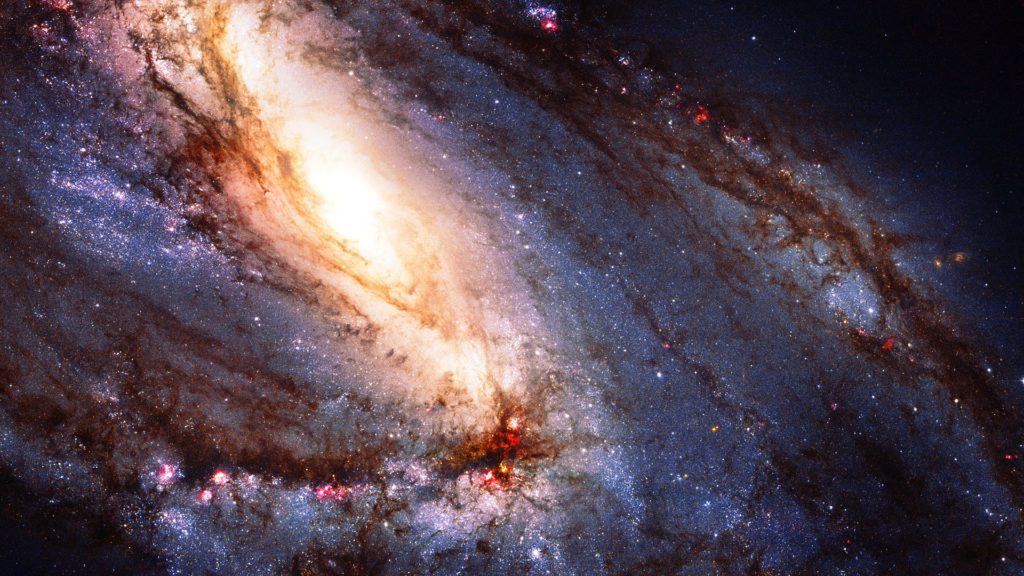 Sci-fi is one of the great genres of literature, from H.G. Wells, L. Ron Hubbard, Douglas Adams, to Frank Herbert, and C. N. Lesley. Go to any sci-fi section and you’ll notice a great many of these books deal with humanity’s struggle to survive in the harshest climate, Space. The deep, dark vacuum of nothing surrounding the precariously teetering ball of our planet. These podcasts explore what would happen if humanity had to seek new lives elsewhere, among the stars. Here is my top five Space themed podcasts, to check out when you feel like the crushing size of space might be a little too big.

Transmissions from Colony One 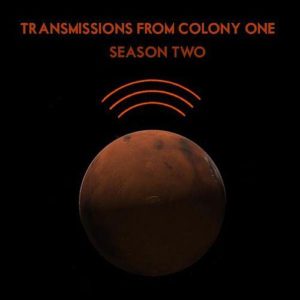 Transmissions from Colony One  takes place in what will soon be an Earthling colony. In the year 2037, the new President of the United States, Richard Thorpe urges the country to move their ideology to space.  President Thorpe hopes the planet will come together, moving away from petty war in order to explore space to its fullest potential.

Twenty years later, in 2057, the crew of the MECTI-1 (Mars Exploration, Colonization and Terraformation Initiative) lands on the surface of Mars, to begin the terraformation process. This crew of 16, eight men and eight women are tasked with carrying out Thorpe’s goal: making it possible to live among the stars.

In the town of Clovermeade there is, like in most small towns, a local radio station. The interesting thing about the Clovermeade radio station, and indeed, the town itself, is that it’s located under a large dome on the dark side of the moon, facing away from the Earth. In the vein of Welcome to Night Vale and King Falls AM, Radio People is the transmissions from the radio station, and, just like Welcome to Night Vale, anything that can be weird, is the weirdest. Listen in on the weird, wacky, and whimsical lives of people living just out of sight of Earth.

Segments of the show include: Tom Turkey, Help Desk, A-ahhhction News (Spelled phonetically, as spoken in the show), and a musical segment.

Radio People is a new comedy podcast written and produced by Brian Bacon. You can listen to episodes of Radio People on iTunes, Soundcloud, and Stitcher. 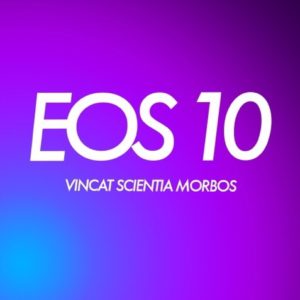 Set aboard the galactic medical center EOS 10, and taking its omniscient- listener style directly from old radio shows, this podcast is an utter delight. EOS 10 has often been described as “Scrubs… in space”, and for good reason. I also like to compare this podcast to M*A*S*H. This podcast is the penultimate in space-based sitcoms.

Dr. Ryan Dalias has come to replace Dr. Urvidian as head of Medicine in the space station, EOS 10. Dr. Urvidian does not take this replacement well. Listen to the crew of EOS 10 as they try to get their chief of staff to stop drinking, as Dr. Dalias deals with his own alien encounters (of the sixth kind), and, miraculously, Anti-Vaxxers (Yep, they still exist in space).

EOS 10 is a comedy show in its second season of production. It is written and produced by Justin McLaughlan.  You can listen to episodes of EOS 10 on iTunes, EOS10.com, and Stitcher. 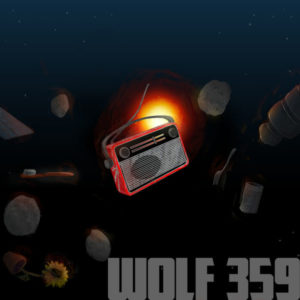 The audio log of Officer Douglas Eiffel aboard the USS Hephaestus, currently circling the red dwarf known as Wolf 359. Eiffel, a mischievous communications officer, is responsible for making and transmitting these audio logs into the deepest black of space, hoping, possibly, for a reply. Is there anyone listening? Not to Eiffel’s knowledge. Eiffel has what he thinks is probably the most boring job on the USS Hephaestus. Is it his fault he keeps getting into trouble?

Can Eiffel quit smoking? Will HERA, the shipboard computer, be able to handle his ridiculous requests? Can the rest of the crew keep from killing him? Is anyone actually listening to these broadcasts? Are space suits itchy? Find out, on Wolf 359.

Wolf 359 is a comedy its third season of production. It is written by Gabriel Urbina and produced by Kinda Evil Genius Productions.  You can listen to episodes of Wolf 359 on iTunes,  and wolf359.fm . 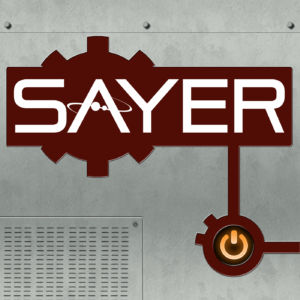 Awaken to the voice of SAYER, your automated, Wheatley-esque (but much more in control) robot companion. Much like a first person shooter video game, this podcast is delivered as if the listener is experiencing everything after emerging from a coma-like stasis for an unspecified amount of time. This podcast reminds me of Portal 2, or the beginning of any Halo game (my two favorite video game franchises).

The listener has moved to Typhon, the man-made secondary satellite to the Moon, following an asteroid’s cataclismic impact, decimating the Pacific Northwest region of the continental United States. SAYER will walk the listener through all they need to know to acclimate themselves to their new life on Typhon. The listener is to begin a job working for Ærolith Dynamics, a friendly, if unnerving company, seeking to better the lives of humans and their AI companions. What does SAYER stand for? Listen and find out!

SAYER is written and produced by Adam Bash, and is a production of GeeklyInc. You can listen to episodes of SAYER on iTunes, Podbay, GeeklyInc, and Stitcher.