I have a minor podcast obsession. The word “Minor”- contrary to the Standard English Definition- here means “I collect podcasts the way some people collect butterflies, DVDs, Comic books (although I collect those too), human remains, chess sets…etc.” I listen to them when I travel (both from home to work and on planes, if I have them pre-downloaded to my device), when I bathe, when I write, in fits and starts or in days-long binge sessions. At present, I am subscribed to over 40 stations.

My favorite kind of podcast, at the moment, at least, is serialized fiction. I’m constantly checking Tumblr for new suggestions, and I usually listen to two or three episodes on my own and, if I like what I hear, subscribe soon after.

With that in mind, here are my “Top 5” Serialized Fiction Podcasts. 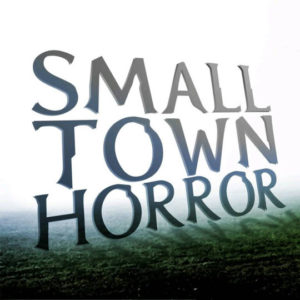 5. Small Town Horror (AKA “The First Podcast I Caught Up On In One Sitting”)

Small Town Horror is the auditory chronicles of Ryan Jennings, a middle aged man who, after moving away from his small town home of Crayton, Minnesota, finds himself back there, asking questions about the nearby town of Ashbury, Minnesota, and the disappearance of a boy named Dan Alsenhower. The listener learns very quickly that Crayton, and the area surrounding the town, have more missing persons’ reports filed than anywhere else in the country. He travels back to Crayton to uncover the secrets of his hometown, and the neighboring town of Ashbury, the secret of a popular local game (to be played in the woods at night: might summon the devil, who knows), and a secret Ryan himself doesn’t know he’s uncovering about his own life.

I am a massive fan of horror. Anything creepy, bloody, gory, or just a little spooky, I’m there. This podcast delivers on its name. Its an intense look at what it means to live in a small town with a serious (and bloody) secret. This is possibly the creepiest podcast I listen to, purely because it feels so real. This podcast is “Stranger Things” for those who love their spooky with a dash of “This could happen in real life” horror.

I grouped these two together because they are produced by the same company (Pacific Northwest Stories) and have the same general podcast layout. Of the podcasts that I listen to, these are the longest, clocking in at about 40 minutes an episode. They also (occasionally) share narrators. I recommend starting with The Black Tapes.

The Black Tapes podcast begins as an exploration into the strange happenings in the Pacific Northwest, having to do with ghosts, poltergeists, demons, and any other paranormal activity the narrator, Alex Reagan could find. However, in several beginning interviews, the name “Strand” comes up, multiple times. Alex learns about this “Strand”, a Doctor of… something, and a massive skeptic of all things paranormal. His foundation, the Strand Institute, offers one million dollars to anyone who can prove to Dr. Richard Strand that ghosts (or other fantastical experiences) are real. So far, no one has been able to claim the reward. The focus of Alex’s podcast then shifts to uncovering what exactly is in Dr. Richard Strand’s black tapes (a set of tapes he keeps in his office of apparently “unsolved” paranormal cases), and why he won’t tell her everything about his missing wife, Coralee. To date, I have listened to the entire podcast twice through, and I discovered new mysteries the second time. 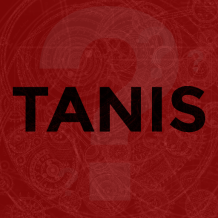 TANIS documents Nic Silver’s search for TANIS, a mythical idea that is so ancient, the Egyptian city of TANIS was named after the story, not the other way around. Joined by Meerkatnip, an “Information Specialist”, Nic chases rabbit trail after rabbit trail of thought, delving deep into the dark web, old radio shows, numbers stations, and anything else he can find to connect toTANIS. Each episode is a mini-info dump, and its best to pay close attention to this one, as all that information will come streaking back into the front of the listener’s mind to be tied up in a nice bow, which trails off into more questions. Remember LOST? Its that, but for just your ears. I would not recommend driving or operating heavy machinery while listening to TANIS. 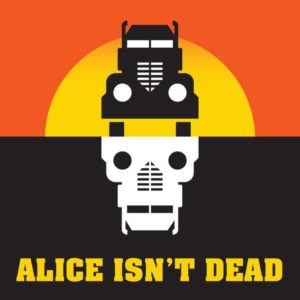 Alice Isn’t Dead– produced by NightVale Presents–  is the sister show to Welcome to Night Vale. The listener follows the unnamed protagonist, a truck driver, on her journey to find her missing wife, Alice, who disappeared several years prior. On her road trip across weird America, she comes across a very yellow, very Thistle-y enemy. Each episode, the narrator encounters new people, new jobs (From moving travel sized deodorant to a hitchhiker), new places (each weirder than the last), and a whole lot of yellow, hungry men.

This podcast is only 10 episodes long, and it’s perfect for a long road trip. I have also listened to this podcast twice through, because I loved it so much. Jassika Nicole is a brilliant narrator, and, since its written by Joseph Fink, co-writer of Welcome To Night Vale, the listener should come equipped to handle the weird and wacky.  This show comes equipped with trigger warnings.

2. ars Paradoxica (AKA “Married to Science! (the Podcast)”) 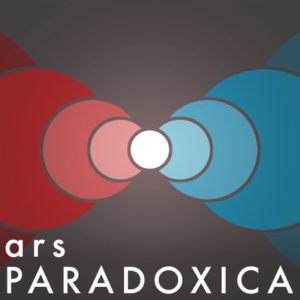 Do you like science? Then ars Paradoxica is right for you!

ars Paradoxica is an alternate time-line sci-fi (featuring REAL SCIENCE!) adventure about Dr. Sally Grissholm, who mistakenly is sent back in time during an experiment in her lab to World War II Era Philadelphia, where she appears aboard a warship also conducting high level clearance experiments. Accused of being a spy for the Axis of Evil, she is interrogated, and then taken to an undisclosed town full of scientists (I’d like to think she was sent to Los Alamos, because she talks about there being desert for miles around. And, Los Alamos is one of my favorite places. Manhattan Project, you know) working on a way to end the war. As Sally tries to work out a way back to the present, she gets to experience science during its most fascinating period in U.S. history. Will her tinkerings alter the future? Probably. Will she be able to make it back to the present in one piece? Will anyone ever believe her? Tune in to find out.

1. The Bright Sessions (AKA “If Charles Xavier Decided to Become a Therapist Instead”)

The Bright Sessions was introduced to me by my best friend, who knows I am super into the X-Men. She said something along the lines of, “X-Men, but in therapy.” Although initially skeptical after the first episode, I grew to quickly love the cast of this touching, witty, brilliant podcast.

The Bright Sessions follows the… sessions of Dr. Joan Bright, a therapist for teenagers who have discovered special gifts and abilities. There’s Sam, a nervous girl who can travel through time, but can’t control when she leaves or where she goes, Chloe, an artist who can hear “Angels” talking to her, Caleb, a high school jock who is a powerful empath, and a fourth, dangerous patient. Through learning more about the patients, the listener in turn will learn more about Dr. Bright, and possibly more about themselves.

The Bright Sessions are a fairly unique podcast entering its third season. Which is good for new listeners, it means you can go back and listen to the entire show up until this point! The episodes are relatively short (About 10-20 minutes per episode). Written and produced by Lauren Shippen, this is by far my favorite podcast.

Welcome to Night Vale (AKA “The Starter Deck For Serialized Fiction”)

This podcast originally opened me up to the medium two three and a half years ago. I entered the fandom right as Old  Oak Doors part 1 came out. Wow its been forever. If you’ve never heard of Welcome to Night Vale, you might be doing podcasts wrong. “A friendly desert community where the sun is hot, the moon is beautiful, and mysterious lights pass overhead while we all pretend to sleep.”

LimeTown follows investigative reporter Lia Haddock on her search to uncover the mystery of LimeTown, a town of scientists and their families who disappeared (after a 911 call was made by a townswoman pleading for assistance) on February 8th, 2004. A modern day Roanoke Island style thriller, LimeTown will grip you tightly as Lia investigates the disappearance of 327 people, following a trail of “survivors” and listening to their stories aboutLimeTown. This podcast is very, very short, and it doesn’t look like its getting a second season, but rumors of a television series are rampant on the internet. It is spooky, and if you have problems with loud cracking noises or what they might mean, read the transcript instead for a less intense experience.

Lore (AKA “Where Did That Myth Come From? OH!”)

Although not a serialized fiction podcast, this podcast is the second that I added to my iTunes. I adore mythology and folklore, and Aaron Mahnke does an incredible job with the overall tone of this podcast. Each week, Aaron Mahnke uncovers a different folktale, fairy tale, or urban legend, explaining how it could be false, but it just might be true. Using evidence from books and research, Aaron Mahnke does a brilliant job. Subjects include: the origin of werewolves (another obsession of mine), the presence of “elves”, the Jersey Devil, and H. H. Holmes. As this podcast is not serial, if you would like to skip an episode, or simply not listen in order, you are free to do so.

Do you remember that TV show, Scrubs? Zach Braff, Doctor Cox, early 2000’s? Imagine that, but on a space station called EOS 10. This podcast is done like the radio comedies and dramas of the early radio era in that no one is speaking directly into a recording device, and instead the listener is omniscient in their knowledge of the people around the station of EOS 10. If you’ve ever listened to the BBC production of Cabin Pressure (an excellent radio show, by the way, though not a podcast), and enjoyed it,  EOS 10 is for you! It covers everything from alien priapism, drunk heads-of-staff, Anti-Vaxxers (who are, miraculously, still around!), and so much more. Dry comedy for those who want to explore the Space equivalent of M*A*S*H.

Layton uncovers revelatory information in his murder investigation while Melanie attempts to remedy a deadly situation in this week's episode of Snowpiercer!

Villanelle and Dasha take a trip to Scotland while Konstantin runs into an obstacle in this week's episode of Killing Eve!

One of the contributors at @GeekGirlAuth shared this quote with our team, and I wanted to share it here in case anyone needs to hear this today:

This week on #KaguyaSama #LoveIsWar: Shoujo manga fever strikes the student council, the ins and outs of effective hand massages and more!
http://ow.ly/zOkp50zOCfH

Happy #StarWarsDay! Be the change...