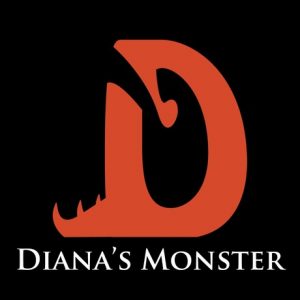 On the night of Diana Harris’s birth (July 23, 1970), a monster crawled through the Evanston, Texas. On Diana’s 23rd birthday, she was seen carrying seven bodies into a warehouse, where a fire engulfed them all. These are Diana Edith Harris’s last known whereabouts. Martin Cruise, an adopted man born in 1993 (the year Diana Harris disappeared) investigates her supposed death, and the circumstances surrounding it.

Although delivery is rather quick, the story of this podcast is amazingly unique. Delivered as a true crime podcast, Martin Cruise delves into the tangled mystery surrounding Diana Harris, and whether or not she is the monster the town fears. Diana’s Monster is nine episodes long. Season two began on October 2nd, so you have plenty of time to catch up! 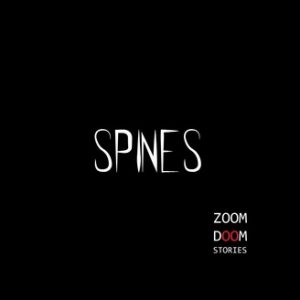 Do you remember the attic? Wren does, and she’s looking for you. She found Carson first, and she has six other names she remembers, but not yours. After awaking in an attic, covered in blood, Wren has a mystery to solve. Eight people were with her in the attic. But where have they gone? What happened to them in the attic? Why were they chosen? Spines follows Wren as she finds more companions and tries to answer these and more questions.

Spines is exciting in that the listener is directly involved in the storyline. Although the listener does not influence the storyline like in other podcasts (Rover Red), the audience cannot help but feel sucked in. This podcast does reference severe trauma and has a lot of dark and disturbing content, so listeners be warned! Spines is sixteen episodes long, and the third season is coming soon from ZoomDoom Stories!

Spines is written by Jamie Killen and narrated by Wren Jones. It is produced by ZoomDoom Stories. Spines is a part of the FateCrafters Podcast Network. You can listen to episodes of the Spines podcast on iTunes, Stitcher, SoundCloud, and at SpinesPodcast.com . 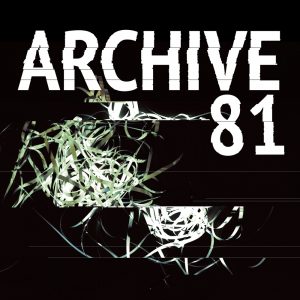 Archivist Daniel Powell gives complete consent to being recorded. Instructed to “record everything” by his superiors, Daniel is assigned Archive 81. Archive 81 is a series of tapes from the mid-90’s that captured a weird and “historically significant” event. Daniel has been instructed not to alter the tapes at all. Melanie Pendras, the woman on the tapes has inadvertently recorded these events during routine research. An “echoing” effect that messes with her equipment and piques her curiosity. Stumbling into the middle of a cult conspiracy, Melody, and Daniel have gotten more than they bargained for. Daniel Powell is missing.

Fans of the Magnus Archives will enjoy Archive 81 (although it isn’t an anthology style show). Archive 81 details the contents of the case of Melody Pendras. Archive 81 has been described as “soft-horror” by the Daily Dot. It has a slow build, but every detail is significant to the podcast. Archive 81 is in the middle of its third season and has twenty two episodes.

Archive 81 is written and produced by DeadSignals. You can listen to episodes of Archive 81 on iTunes, SoundCloud, Stitcher,  and at Archive81.com. 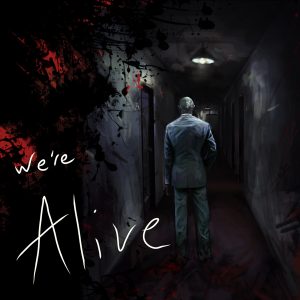 May 8, 2009. College student and Army Reserves Sargent Michael Cross is pretty sure he heard an explosion while headed to class. Watching TV with classmates, he learns about the presence of zombies in Los Angeles. His lieutenant calls him and asks him to come back to base. We’re Alive: A Story of Survival is Michael’s journal entries detailing his encounters with zombies.

A double entendre of sorts, We’re Alive will get  your heart pumping. Running since 2009 and spawning a spin off series (We’re Alive: Lockdown), We’re Alive is for those of you that are just NOT over zombies. Told as if you, the listener are actually sitting with the person being attacked, We’re Alive is haunting.  The first part of We’re Alive: A Story of Survival has 44 parts. We’re: Alive: Lockdown has completed with six parts. Goldrush, the second mini-series in the We’re Alive canon is coming soon!

We’re Alive is written and produced by KC Wayland. The voice of Michael Cross is Michael Gleason. We’re Alive has surpassed sixty million downloads overall and has its own IMDB page. You can listen to episodes of We’re Alive on iTunes, SoundCloud, Art19, Stitcher, or at WereAlive.com. The first season of We’re Alive is available on Audible. We’re Alive: Goldrush! will be released sometime this fall. 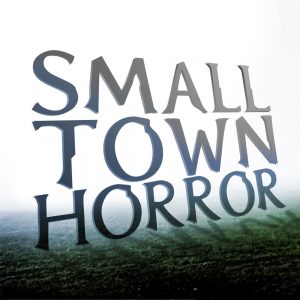 After playing The Devil’s Game in the woods as a younger child,  Ryan Jennings was kidnapped. He has the tape to prove it to himself, even if his mind may have blocked out all the gory details. As an adult, Ryan returns to his hometown of Crayton, Minnesota to address his childhood trauma. Crayton, or “Crazytown” is the place where Ryan endured several related incidents that just keep bringing up that one night when he chose to play The Devil’s Game. The laughter he heard that night follows him everywhere.