Anthology Horror. For those of us who like to skip around, unwilling to dip our hands into our trick or treat bags and just shove candy willy nilly down our open mouths. Not a fan of candy corn? Trade for something different. More of a Creepypasta fan than The Walking Dead fan? Have no fear, dear listeners. Or, even better, save it for the podcasts on this list! Here is a list of the Top 5 Horror Fiction Anthology Podcasts. Check them out this Halloween season! 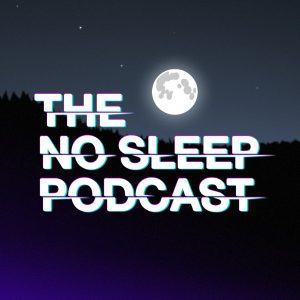 The NoSleep Podcast is a submission run storytelling podcast. In the beginning, stories came off of the Reddit thread Reddit/r/nosleep. A bit like Creepypasta, submissions are chosen by the creators and delivered by a single narrator to a listening audience. Stories range from mildly unsettling to downright terrifying. 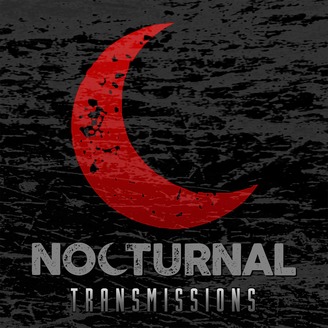 This podcast features crisp narration and dark subject matter. Nocturnal Transmissions is a sister show to Simply Scary, the Creepypasta podcast. Their featured narrator, Kristin Holland is featured on Simply Scary. This podcast is also unique in that it offers selections from stage plays as well, like the works of William Shakespeare. This is the newest podcast on this list. It began in April of 2017. Nocturnal Transmissions has fifteen episodes.

Campfire Radio Theater is another submission based podcast. However, this podcast deals only in new horror stories. This podcast has stories for everyone, from devilish doctors, to kidnappings, ghosts, strange sightings, and more. Because the stories are not serial, it is easy to skip around and choose favorite plots and stories. Campfire Radio Theater is an immersive experience for the ears. 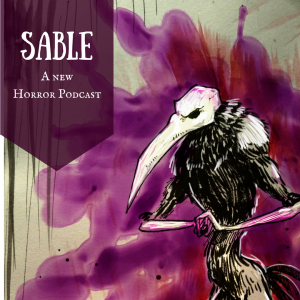 Sable tells the story of the town of Sable and the strange goings on that happen in and around the area. Crow, an ancient being, watches over the town of Sable. this podcast various characters like Daniel Boggs, Ferdinand, and Serena as the interact with the town. Short story episodes are also released for added background on the town and its inhabitants.

Although originally Sable had a bit of a problem with quick delivery, the issue was quickly solved. (If you want to know more check out our full length review of Sable here). Sable is an anthology of a single town and or area of land.  Sable is in the middle of its fourth season and has thirty eight episodes.

Sable is written, produced, and hosted by Lane Lloyd. Sable is a part of the FateCrafters Podcast Network. You can listen to episodes of Sable on iTunes, Stitcher, Player.Fm, SoundCloud, and at Sable.Libsyn.com . 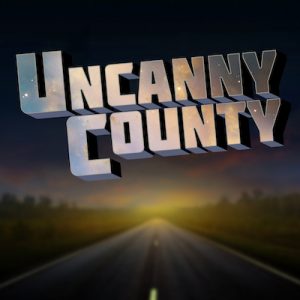 Uncanny County is a group of podcasts from the same area of space: Uncanny County. Stories range from self-sustained robots and time travel, to werewolves and the like. A little like Welcome to NightVale mixed with the Twilight Zone, each episode is performed by a full cast of voice actors. This podcast reminds me a bit of the Penumbra Podcast. It has a similar introduction, although instead of visiting the Penumbra Hotel, one is broken down in UnCanny County.

UnCanny County is the best of small town America. Featuring talented voice actors, funny and intriguing stories, and an air of horror, UnCanny County is for fans of Welcome to NightVale and Gravity Falls. Spooky horror/humor at its finest. Uncanny County is beginning its second season. It is thirteen episodes long.