Top 5 Genre Shows from Across the Pond

Have you found yourself staring at your Netflix homepage, your queue surprisingly empty? Are you currently thinking, “Well, that can’t be it. There’s no way I’ve watched every TV show that exists.” You’re right in thinking that (you should trust your instincts more often). Thankfully, I’ve come to the rescue. Our friends in the UK have an incredible cache of original programming at their disposal. Series of all kinds to satiate every appetite. In the mood for a good cry? Great, here’s a drama. Longing to relive a time period you didn’t exist in? Terrific, check out this period piece set in the 1930’s.

Now, with Halloween around the corner, and by “corner” I mean one month and 16 days, I’ve prepared a list of five genre shows from across the pond. The dark, the scary, the supernatural. Don’t forget to sprinkle in some dry humor because they are British, after all. Here are my top five genre shows, in no particular order. 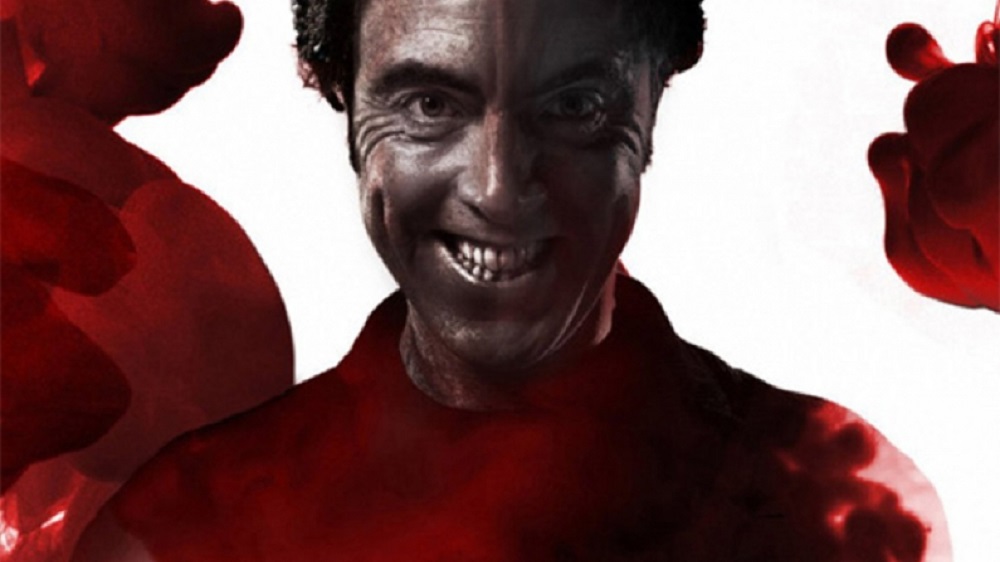 I stumbled on this little gem by accident – and what a happy accident it was. This six-part miniseries is the brainchild of one Steven Moffat and stars James Nesbitt as Tom Jackman, the last living descendant of Dr. Jekyll/Mr. Hyde. Jackman decides to strike a deal with Mr. Hyde, one that allows the latter to “share” his body. Meaning, Mr. Hyde is granted intermittent time slots where he has free reign to do whatever he pleases. Let loose. Be the driver. However, Mr. Hyde is unaware that Jackman has a wife and children. Said family also doesn’t know about Jackman’s split personality. A mysterious (and ancient, those are always fun) organization steps in and begins monitoring Jackman’s dark side. They have plans of their own…plans they’ve been cultivating for over a century.

Nesbitt gives a brilliantly dark performance in this. While Hyde can be over the top at times (as he should be), Nesbitt is able to ground such a larger than life character in truth. The supporting players, particularly Gina Bellman who plays Jackman’s wife Claire, also give nuanced performances. Jekyll is twisted, fast-paced and filled to the brim with horror. Oh, the horror. Jekyll is available on Amazon. 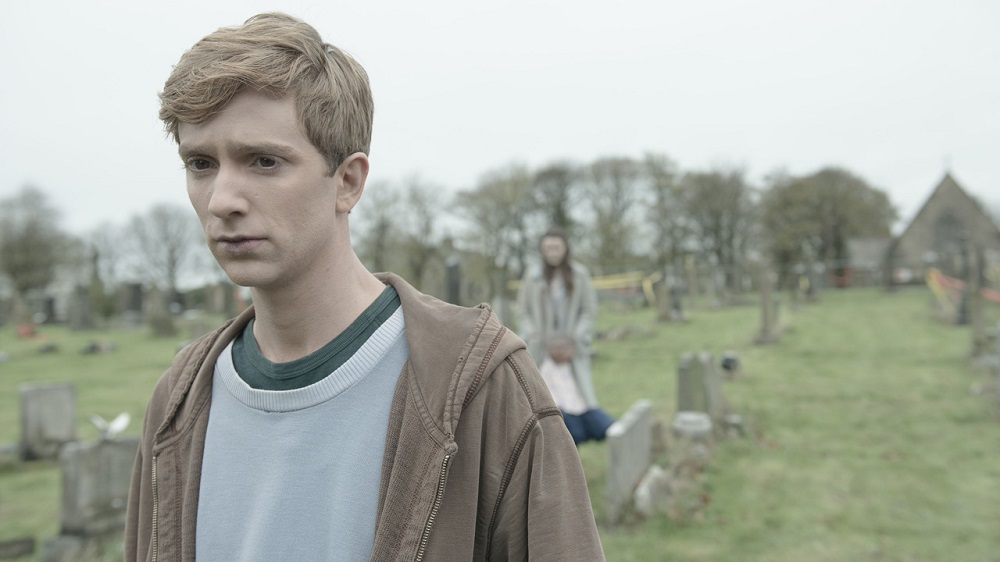 Zombies, zombies, zombies. You might already tire of them, but hear me out on this one. In the Flesh has a unique and innovative take on the undead creatures. Four years after what is known as “The Rising,” the government begins rehabilitating the Undead and attempting to assimilate them back into society proper. Kieren Walker (Luke Newberry) returns to his small Lancashire village, with makeup to camouflage his decaying appearance and medicine to keep his zombie side in check. However, he faces a hostile reception from the townsfolk and his own demons rear their ugly heads.

In the Flesh is a metaphor about accepting one’s differences. It also takes a political turn in the second season. Newberry breathes vulnerability into the undead Walker. He’s multi-faceted and complex. Not what you’d expect from someone who craves brains.  In the Flesh is witty, clever, dark and tear-inducing. Make sure to stock up on tissues. The show only ran for two seasons, but you can watch it here. 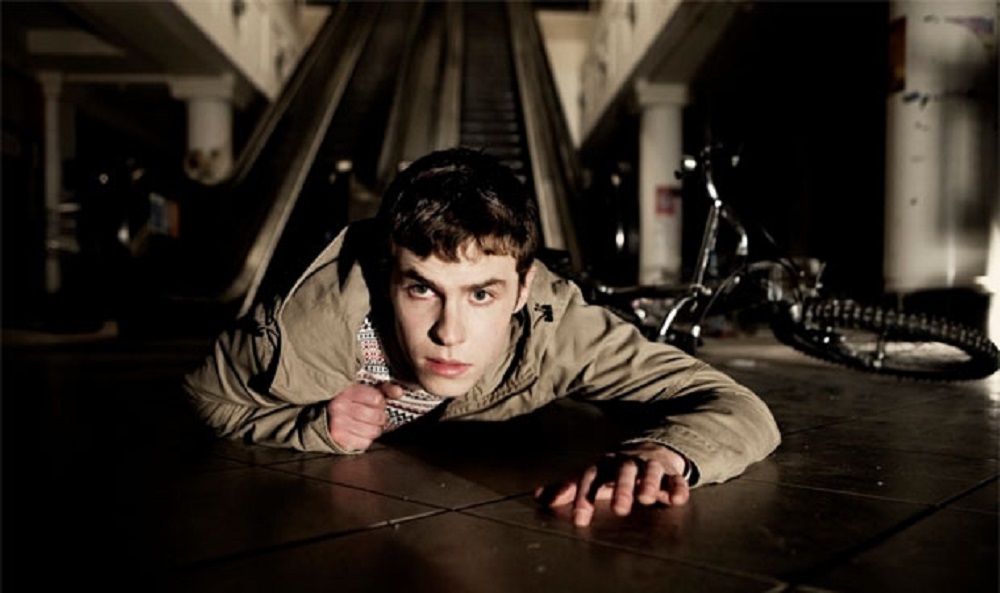 The dead are making a comeback! This next series, The Fades, is purely apocalyptic. It stars Iain De Caestecker as Paul, a teenage boy who suffers from apocalyptic dreams. Not to mention he also possesses the ability to see the dead, known as The Fades. Now, The Fades are invisible to any human that’s not Paul. One Fade in particular, Polus (Ian Hanmore), is attempting to become tangible again. Thus, his journey back to humanity opens the door for other Fades to invade the human world. It’s up to Paul to prevent that from happening. With great power, comes great responsibility.

De Caestecker is terrific in this, injecting a rawness into young Paul that not all actors are capable of. On a more materialistic note, we also get to hear him with a British accent, which is a taste of something different for Agents of SHIELD fans. Hey, variety is the spice of life. The Fades also boasts quite a few well known British stars: Natalie Dormer, Tom Ellis, Daniel Kaluuya and Joe Dempsie. It’s like a Game of Thrones and Skins party. Unfortunately, The Fades only ran for one season, but it’s everything you want in your horror: oodles and oodles of it. Watch The Fades here, if you dare. 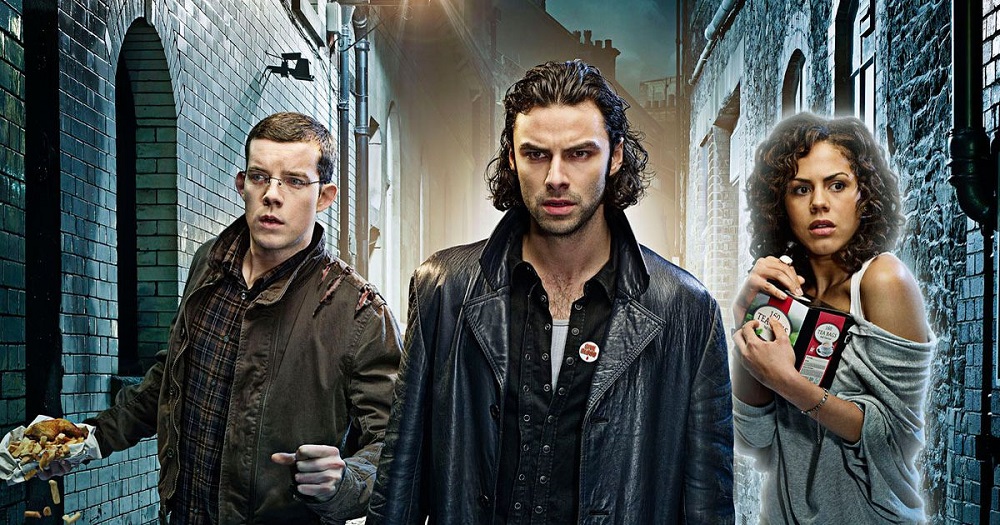 This next series is one of my all-time favorites. Being Human and no, not the American version. I solemnly, respectfully refuse to watch it out of loyalty to the UK version. Being Human has a simple premise – a vampire, a werewolf and a ghost all try the cohabitation thing in a London flat. Yes, it sounds like a corny bar joke, but I promise you it’s not. Now, the show had a casting shakeup around Season 3, but the original trio consisted of Aidan Turner as the vampire Mitchell, Russell Tovey as the werewolf George and Lenora Crichlow as the ghost Annie.

Beautiful, heartbreaking performances from these three. Some of the best acting I’ve ever seen, to be frank. Being Human had a small budget (also 2008), so it didn’t rely too heavily on special effects. However, it didn’t need to – the core of the series revolved around showing humanity. Can these supernatural beings blend in with human society, and live a normal life? After the initial trio departed the show added three new characters that still managed to knock it out of the park. From Seasons 3 to 5 Michael Socha was the werewolf Tom, Damien Molony the vampire Hal and Kate Bracken the ghost Alex.

Despite the shakeup, Being Human remained the same, never changing even in the face of change. The series as a whole is very adept at balancing comedy and drama. Laugh, cry, then laugh some more. Toby Whithouse created something masterful (he’s also penned a smattering of Doctor Who episodes). Watch all five seasons on Netflix. 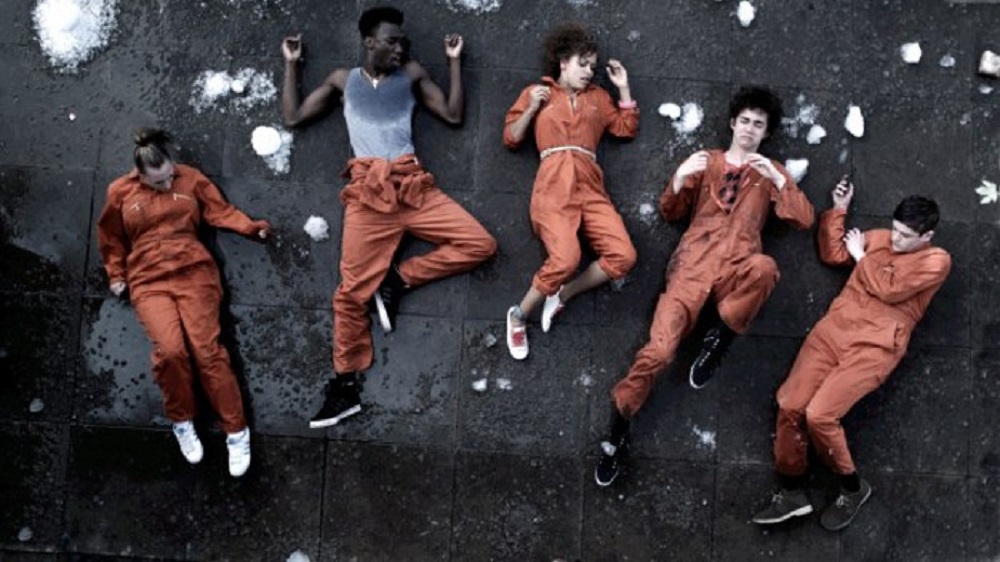 Now, I realize it’s pretty well known around these here parts, but one cannot talk about genre shows and not mention Misfits. This show had me in stitches. Every actor had comedic timing down to a science. Misfits is about a group of five juvenile delinquents serving their community service hours when an impromptu storm occurs. They’re literally struck by lightening. After the storm our delinquents realize they’ve been granted super powers. Now, said powers are really exacerbated aspects of themselves: for example, Simon (Iwan Rheon) is very shy and quiet, thus he has the power to turn invisible.

Misfits also experienced a cast shakeup, but once again the series managed to maintain its momentum. You may recognize Robert Sheehan from the first group as the irrepressible Nathan, of “Save me, Barry!” fame. Joseph Gilgun, from Preacher, also starred in the second rotation as Rudy. He’s basically the human version of Cassidy.

Misfits is entirely too much fun, with very original story lines and dirty humor I didn’t think would ever be permissible on TV. Not to mention the heartfelt, tender moments interwoven amidst said humor. You have to balance those scales. Get ready to laugh, my friends, and wish you were doing community service too. But please, resist the urge to commit crime. Enjoy all five seasons of Misfits on Hulu.

That’s all she wrote, folks! May you happily fall down the genre TV rabbit hole and emerge anew, your supernatural desires replenished. Now, if you’ll excuse me, I have some binge watching to do…