Kids are typically introduced to comedy through music and jokes. My earliest memories are of listening to comedians like Billy Connolly and watching The Muppet Show. I loved how fun it was to get a good song stuck in your head (that would continue to make you laugh upon recall). As I got older I discovered bands that aligned to my nerdy tendencies – bands that also happened to be hilarious. They’d sing songs about games and having geeky hobbies, things the other bands I loved didn’t really get into. When I went to gigs I ended up finding lifelong friends who had the same interests as me, a total bonus! So in no particular order, here are my top 5 favourite Comedy Nerd Bands.

*Please note – not all of these links go to songs that are PG13. You’ve been warned!

Tripod are Scod, Yon and Gatesy. They’ve been around since 1997 and know a thing or two about crafting hilarious and nerdy narrative. Tripod Vs the Dragon is their love letter to Dungeons and Dragons, and features the hauntingly beautiful voice of Elana Stone. My personal favourite show is Tripod Tell the Tale of  the Adventures of Tosswinkle the Pirate (not very well). It’s glorious. They have a great song about playing Xbox called Gonna Make You Happy Tonight, and a wonderful song about how cool Science is called Science Facts are Useful. Fun fact about this song, it was part of their “Song in an Hour” stint on the radio station Triple J. They made that song based off of suggestions. In an hour.

I could actually go on and on about how brilliant Tripod are as musicians and comedians, their storytelling skills and their cleverness, but the music really speaks for itself. Hot Girl in the Comic Shop is a play on tropes, The Lonesome Gregarious Cowboy plays on the art of storytelling, and The Messenger is a play on rock and roll with Dungeons and Dragons lyrics (sorry the video quality is quite poor on that link). 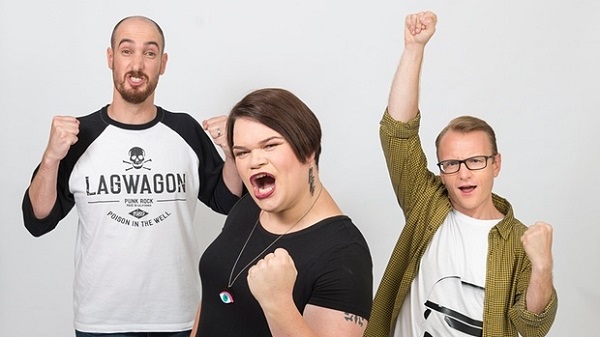 2. The Axis of Awesome

Another Aussie trio that are openly nerdy and awesome The Axis have played PAX and numerous comedy festivals around the world showcasing their killer tunes. You would have seen their Doctor Who-oo! parody most recently. They have a terrific Rage Against the Machine inspired song about Game of Thrones called Rage of the Thrones which is mega sweary, so please don’t click on that unless you’re cool with it!

Axis got their viral success with the 4 Chords song and for good reason, it’s clever and damn catchy. They also wrote and dedicated a song to the Wii Fit about that “fitness trend” that hit during 2008. Seriously – does anyone use the Wii Fit anymore?! I also love their work with Beauty and the Beast but with a twist- Beauty and the Beastie Boys. Particularly Belle’s song!

The thing that I love the most about the Axis though is that Jordan bravely opened up to the world and told everyone in February 2016 that she was transgender. You can see her talk about this in their incredible video where she talks about how being transgender doesn’t mean you should give up on your dreams. It’s beautiful and empowering and truly inspiring. 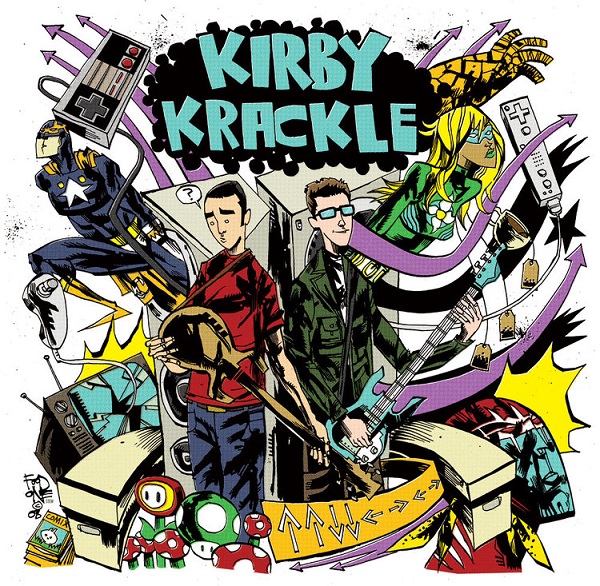 Kirby Krackle is all about the comic book, video game and pop/geek-culture tunes. Imagine if Weezer only wrote songs about nerdy stuff and that’d basically what Kriby Krackle is. Take Moisture Farm – this is very Weezer and is all about Luke Skywalker.

Ring Capacity is all about the Green Lantern, and I dare you to listen to it and not get it stuck in your head. Back to the Beginning is an epic song about Mario Kart and certainly captures the joy I feel when I play the game! Up, Up, Down, Down is a love song with heavy Nintendo influence, with a funny twist at the end. For those of you who love going to conventions Going Home is a great tune, really capturing the joy of these events that are central to nerd culture.

Kirby Krackle has been going for a number of years now but doesn’t appear to be slowing down in the slightest. Keep an eye on their website to see where they will tour next! 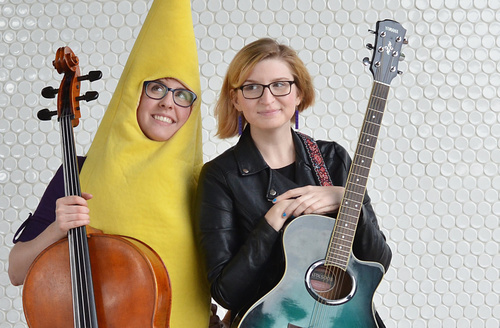 Siblings Laser Malena-Webber and Aubrey Turner play multiple instruments each (so much talent) and sing empowering songs about being nerds. I dare you not to feel touched by Tiny Paper Elephant, because even though it’s about random items it’s so uplifting.

One of my favourite Doubleclicks songs is also the one I sing to my puppies. Love you like a Burrito is funny, catchy and adorable. It was one of the first things I sang to Stormie when we first got him (to help him feel safe and go to sleep). He looks very content even now when I sing it to him. An empowering and body positive song about a dinosaur? Listen to Clever Girl and feel good about yourself.

I know there’s next to no chance this will feature in the movie, but their Wonder Woman song is just gorgeous, and I’ll be listening to it in my head when the movie is released this year. Really Big Chickens is a song about still liking dinosaurs as an adult and enjoying the things you love.

Laser and Aubrey aren’t afraid to hide their geekery and they want to make sure you don’t either. So Listen to the Doctor Who theme with a cat keyboard and rock out with your tardis out! 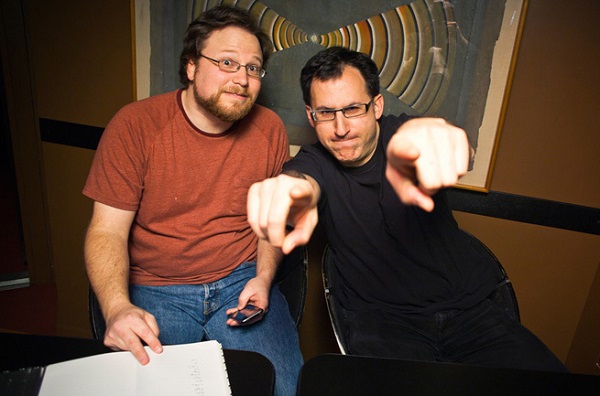 Paul and Storm are a comedy duo that are known internationally for their nerdish-bent songs. They love their geekery so much that they co-founded w00tstock and co-produce the JoCo Cruise.

My personal favourite song of theirs is the Irish Drinking Song because there’s just something about playing on drinking song tropes that I really like. They wrote a great song about being impatient for the next George RR Martin and called it Write like the Wind. For one of the w00tstock’s they actually brought George RR Martin out on the stage (with Neil Gaiman) and, well the results were hilarious.

The Captain’s Wife’s Lament is one giant innuendo, and features some of the best nerdy audience interaction you could have in a song (getting the audience to say “Arrr” π times!) They’re also a band that clearly dig musicals, because they did one for Frogger that’s just perfect. If you’re also dying to hear a song sung by cavemen that features scientific information on what makes fire… fire, listen to Me Make Fire.

So what are your favourite nerdy bands? Who should I check out? Leave a comment in the comments below!